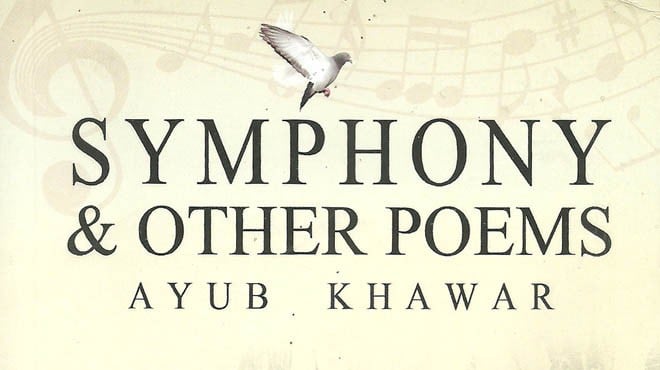 Ghalib said: "O foolish heart!, what has happened to you?, After all, what’s the remedy of this ailment". But did Ghalib really say this? No. This is what M.A. Barker, the translator, said.  What Ghalib said was: "Dil-e-naadaaN tujhay hua kya hai, Aakhir iss durd ki dwaa kya hai?"

Anybody familiar with the two languages can notice the marked difference between the two versions.

Can poetry be translated at all? Scholars of literature differ widely on this issue. Robert Frost, for example, argues that "poetry is what gets lost in translation", and Roman Jakobson says that poetry is "by definition untranslatable". If, however, we agree with them, we will have to learn Sanskrit, German and French to appreciate Kālidāsa, Goethe and Mallarmé. But fortunately, their works are available in translation, and that’s how we are able to enjoy these great poets.

Shanzar takes an Urdu phrase and thinks about its English version. "What do I lose if I translate it this way?" He asks himself, and then he ponders upon other possible versions.

Living in the age of online communication, we can instantly connect with people who like the same literature and poetry as we do, but it is possible only through the translated versions of literature. International organisations like the World Congress of Poets and the International Writers and Artists Association, are working purely on the basis of translated works from all over the world.

Pakistani poet Ayub Khawar has been writing poetry for decades, and has been well appreciated by his Urdu readers in Pakistan and India, but he received global recognition only after his poems were translated and published in English.

A television producer by profession, Ayub Khawar spent his prime years, 1975 to 2005, at Pakistan Television (PTV), where he took up a variety of assignments from prime-time drama to late night musical shows, and from sitcoms to soaps and quiz shows. Presently, he is the project head of a popular stage-show Mazaaq Raat, on Dunya TV.

"TV may be my profession" says Khawar, "but poetry is my passion. I started writing poems in the first year of college and regularly participated in inter-collegiate poetry competitions. By the time I graduated, I was a known poet in the literary circles of Pakistan".

Muhammad Shanazar, the translator, is an English language poet in his own right. "Since childhood," says Shanazar, "poetry had been touching my heart. I felt soothed listening to the songs when they were broadcast. I started writing poetry seriously with a specific philosophy behind it in 1998. I chose English for expressing the voice of conscience. The Government of Pakistan’s Ministry of Education awarded me for promoting children’s literature in Pakistan".

Shanazar’s work has been compiled into several volumes, including The Cold Stars, Gems, and The Dance of Darkness. He is a member of the US-based International Writers and Artists Association and his work appears in several world anthologies. He is a prolific translator and has rendered into English more than a thousand Urdu poems.

However, he is well aware of the fact that, compared to other literary genres, rendering poetry is a much more challenging task. In a descriptive novel or short story, you just have to provide the substitute words and expressions in the target language, but in case of poetry, the formal features of the source language become more important. If one tries to convert those language-specific expressions of the original text into the target language, the result is usually an odd and ridiculous phrase. On the other hand, if you follow the structure and idiom of the target language, you get a smooth and flawless but rather unfaithful translation.

This is the dilemma of a poetry translator. There is no easy solution to the problem as it is linked to the transformation of one cultural ethos into another.

Every translator carves out their own solution, and Shanazar is no exception. He takes an Urdu phrase and thinks about its English version. "What do I lose if I translate it this way?" He asks himself, and then he ponders upon other possible versions. He knows that no translation can convey the exact original meaning, but he struggles to get as close to the original as possible. This is more like an exercise in damage control, and Shanazar is good at it. Here is an example:

A path in the wilderness

And we hail from the distant spot

Engrossed in a dream

Having hand in hand

As fragrance moves on surface of the mirror

As swift as wind moves on

While heading to the valley abundant in flowers

But my beloved companion

Nor buds are allowed

To get themselves unsealed

In the pain-laden wilderness of time.

Fragrance of love melted in the pores of my soul

Aroma of each thread

Of poesy wafted body to body

Of hot petals of your lips absorbed

In such a manner

Through the network of my veins