The twin mosques of Omar Khan

Draban and Gandi Umer Khan may seem like dusty small towns, but their long-dead chief built two mosques that still stand and pay tribute to a man wronged 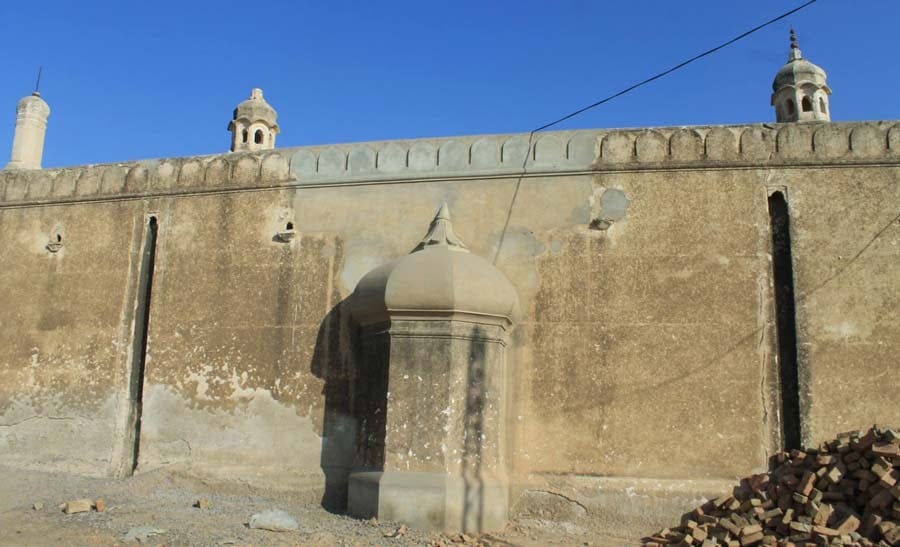 Treachery. If Omar Khan’s predicament could be described in only one word, then this would be it.

Bruised, and repentant about his momentous error of judgment, Omar Khan calmly bore the stream of words pouring from the mouth of the messenger who had just strode in, a spiteful grin on his face. Though bound in shackles and stung by his helplessness, Khan was careful not to divulge his fearful plight. But no sooner had the dreadful words been spoken that the abominable act was carried out. Omar Khan, the Lohani Chief of the wild district of Draban on the northwestern frontier, was beheaded on the orders of the Nawab of Dera Ismail Khan.

This happened on a humid August day, with not so much as a whiff of air to give respite to the stricken chief before his death. The year was 1832.

Omar Khan’s pretty little village, Draban is still as dusty as the English authors found it two centuries ago. The weather there is still as harsh as they had described it in the 19th century, but his name still survives in the local histories of the Miankhel population of Draban.

On a great barren and dusty expanse known as Daman, around 60 kilometres west of Dera Ismail Khan, under the dazzle of the highest peak of the Sulaiman Mountains, Takht-i-Sulaiman, lay the little-known frontier town of Draban. Today, an interprovincial highway marginally skirts its fringes, and the casual passerby only sees a few shabbily built shacks along the road or a time-worn filling station by its side, before speeding away unconcerned.

But peek beyond the sullen grey townscape and one finds history buried under the settled dust of centuries.

Draban, for at least the last four centuries, has been inhabited by the Miankhel tribe of Lohani Pashtuns, the same tribe to which Omar Khan belonged.

Talking of history, the first mention of the term "Luhani" is to be found in Emperor Babur’s Baburnama. Therein is narrated an incidence of the beheading of a well-known merchant, Khwaja Khizar Lohani. Although another mention of confiscation of cloth and other articles from "Afghan merchants" indicates that Lohani tribesmen had historically been trading merchandise between east and west since well before the time Babur passed through this country in the year 1505.

The next substantial record of Lohani Afghans and the first reference to Draban is to be found in the works of five Englishmen, all of whom traversed this region or thereabouts in the first half of the 19th century. The first of these writers is Mountstuart Elphinstone who called this town "Deraubund" and referred to the tribe "Meeankhail" as ‘owners’ of this town. Elphinstone does not name the chief of the tribe at that time, however the 1883-84 Gazzetteer of Dera Ismail Khan district states that an "Umr Khan" was the chief of the Miankhel at the time of Elphinstone’s journey through this area in 1808.

The next travellers to have noticed Draban in succession are Charles Mason in 1827, GT Vigne in 1836, Alexander Burnes in 1837, and Herbert Edwardes in 1848. Most of them give unflattering descriptions of the town. While Mason calls "Darraband" a town "romantically situated on a bank stream" and having "a small bazaar and some large old houses, deserted and in decay", Vigne’s description of "Derabund" as "a wretched looking village, a collection of low mud walls" shows he was unimpressed by its structure.

The last major notice of Draban was taken by Herbert Edwardes, who describes "Drabund" as a town "built of mud" and "with dirty and ruinous streets". The only thing in his opinion noticeable about the town was "a single mangoe tree, the fruit of which has such a delicious taste that Ranjeet Singh used to have it sent to him at Lahore".

The importance of Draban however, lay in its location on the trade route between India and Afghanistan. Burnes noted that the volume of cotton cloth traffic from Punjab to "Derabund" was as much as three thousand camel loads a year.

These descriptions of Draban make no mention of a relic in the shape of a mosque that caught my attention in the town: Haji Baba Mosque. Its antiquity is nonetheless established by the use of wafer-thin bricks, an item that has for over a century now been replaced by British Standard bricks throughout the subcontinent. It is this mosque that brings us back to our Lohani chief, Omar Khan.

A mosque much similar to this one is located in Gandi Umar Khan, located some distance from Draban. Both are orally reported to have been built by this same Omar Khan.

The similarities of both mosques are abundant, differing only in the size of the prayer chamber, the construction of the minarets, the sizes of the sunken arches and the interior façade of the mehrab and its adjacent walls. Most of these differences are probably more indicative of incomplete work than the original design.

Due to these abounding similarities it can be conjectured that the original builder of both had been the same person. Given the oral tradition and the fact that Omar Khan’s reign lasted at least through 1808 to 1832, these constructions most certainly do belong to his time, for his successors had but no time to settle in and work on such structures of prominence after his death, and before Draban was eventually taken over by Sikhs a few years later.

As it stands today, a series of recent additions have cannibalised the woodwork and asymmetrically added to the face of the Haji Baba Mosque in Draban. The intricately patterned woodwork on the internal pillars and wooden ceiling has disappeared, while the double pillars of the archway at the entrance have been devoured by recent construction. The graceful, idyllic brickwork appearance of the mosque is masked by an ugly whitewash in some parts.

The mosque in Gandi Umar Khan however still retains most of its original features.

Perceiving Omar Khan a stumbling block in his designs, the Nawab of Dera Ismail Khan sent Paindah Khan, one of his most "honorable captains" to swear an oath of peace on the Quran with Omar Khan. Once the oath was accepted and the parties knelt down to offer their afternoon prayers, Khan was seized by Paindah’s men from behind. Thereafter on being brought before the Nawab, who in the evening rode out anxiously, awaiting the result of the execution of this treacherous plan, Omar Khan was ordered beheaded in cold blood.

Edwardes notes that divine retribution for this dastardly act was not long before coming. Paindah Khan himself suffered a treacherous beheading along with his son a little more than a decade thereafter, while the Nawab of Dera Ismail Khan was deposed by the Sikhs and ended up becoming a hypochondriac: a suffering that no amount of his wealth could ameliorate.

Edwardes recorded Omar Khan as an "able and ambitious man", more than a decade after his death and the loss of power by his successors. The people of Musazai, the second largest settlement of Miankhelis after Draban, with its Boolee canal built by Omar Khan, were a witness to these attributes of their tribal chief. Such qualities, narrated to Edwardes more than a decade after Omar Khan’s death, suggest that the Miankhel fondly remembered this chief of theirs long after he was no more.

Omar Khan’s pretty little village, Draban is still as dusty as the English authors found it two centuries ago. The weather there is still as harsh as they had described it in the 19th century, but his name still survives in the local histories of the Miankhel population of Draban. But how long can the last vestiges of his existence, the mosques of Draban and Gandi Umar Khan survive the depredations of time? It is a question we must ask ourselves, if we care for our history.

The twin mosques of Omar Khan 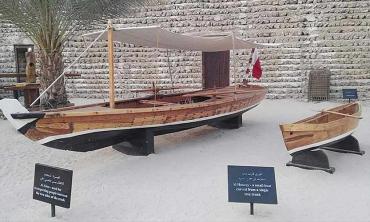