‘Independent Kurdistan might give Middle East a new vision’ 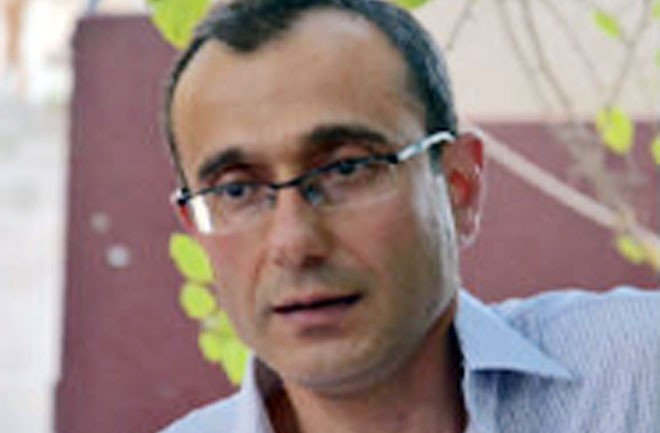 An independent Kurdistan ‘at some hypothetical time…should not be a bloody redrawing of Middle Eastern borders but a peaceful coexistence of all entities, and this is very important for establishing a new political vision in the Middle East’, argues Dara Salam.

A Teaching Fellow at SOAS University of London and an Adjunct Professor at Syracuse University, London, Salam researches and writes on Middle East politics. In an interview with The News on Sunday, he speaks on independence referendum held in ‘Iraqi-Kurdistan’ on September 25. Read on:

The News on Sunday: What is the significance of the referendum in ‘Iraqi-Kurdistan’ for the Kurdish people as well as the region? Will there be re-drawing of borders in the Middle East?

Dara Salam: I believe the significance of the independence referendum in Kurdistan, theoretically speaking, is that the Kurdish people have trampled on the idea that was for a century considered to be a taboo with regard to the Kurdish question. It is precisely that dividing Kurds at the outset of the twentieth century between Turkey, Iran, Iraq and Syria has never been looked into as a moral wrong, neither by the international community nor the regional powers.

There is no explicit support for the Kurdish independence among other Arab and Muslim countries, some might have shown support but this was based on their self-interests in the region’s power struggles, as between Saudi Arabia and Iran.

So the significance of such a move for the wider region should be seen through this perspective, that it should question the moral conscience of those powers whose political and economic interests make them turn a blind eye to the plight of the Kurds in the twenty-first century. To the extent that the independence of Kurdistan could happen at some hypothetical time, the redrawing of borders is a possibility. However, I think this should not be a bloody redrawing but a peaceful coexistence of all entities, and this is very important for establishing a new political vision in the Middle East.

TNS: While Turkey, Iran and Iraq reacted negatively to the referendum; how have other important countries in the Middle Eastern region reacted? Is there any support for Kurds among the Arab and Muslim countries?

DS: There is no explicit support for the Kurdish independence among other Arab and Muslim countries, some might have shown support but this was based on their self-interests in the region’s power struggles, as between Saudi Arabia and Iran. The hostile position of Iraq was, by and large, fuelled by Iran who is a major player in Iraqi politics and who considers Iraq, once an enemy, a major ally in the current sectarian fault lines in the Middle East. The support of Saudi Arabia, if there were any, was framed along these lines in an effort to diminish the influence of Iran as its major foe.

However, the hostile position of Turkey is more an indicative of its oppressive policy towards the Kurdish issue in Turkey itself than towards the Kurds in Iraq. So if there were any support, they did not express a change in the political outlook of these regimes towards a genuine recognition of the right of Kurds to self-determination.

TNS: There have been attempts to discredit the referendum and by extension, Kurdish right to self-determination, by highlighting the Israeli support for an independent Kurdish country. Your comments.

DS: These attempts were deliberately directed to inflate the nationalist sentiments of those people and countries which viewed an independent Kurdistan, that attracts the Israeli support, as a geopolitical threat. However, these were mere presuppositions and were not supported by evidence and used as a pretext for regional powers to intervene and discredit the whole process.

While the Israeli support is undoubtedly contradictory seen in light of its hostile policy against the Palestinian struggle for statehood, it is likewise self-contradictory for intellectuals and others to deny Kurds their right to self-determination under the pretexts of a conspiracy theory. It is important to note that even if Israel has its own political interests to precipitate, as some political commentators and academics have argued, the segmentation of Arab and other states in the region, the rise of the Kurdistan state should not be, first, seen as satisfying their political agendas; and, second, it will not necessarily lead to such a disintegration. It might be a cause for a more democratic and less authoritarian political arrangement in the region for coexistence of different religions, ethnicities and cultures.

DS: I think this is partly due to the fact that international actors, especially, the US followed by the UK, were weighing the Kurdish independence referendum from their own political and economic interests in the region. The success of the referendum and would-be founding of the Kurdistan state were seen by the US as a potential American policy failure in Iraq, to keep it as one state after it was plagued by multiple sectarian and civil wars that led to the dysfunctionality of the state of Iraq. The status of Catalonia in Europe made it distinct from Kurdistan in that the international community treated the referendum as Spain’s own internal political affairs and were looking at Spain’s response for possible recognition. However, the direction of support in the case of Kurdistan was very different.

The Iraqi government was looking at how the US would respond, which helped Baghdad to take an aggressive stance, also backed by Iran, in the post-independence referendum. So, the international solidarity was shaped more at the state level than at the popular level, and this might explain the minimal influence that the Kurdish diaspora could have exerted.

TNS: What important developments have taken place since the referendum in Kurdistan? What explains Kurdish military withdrawal from Kirkuk?

DS: The most significant one was the hostile reaction by regional powers, mainly Turkey and Iran and their usual alliance against not only the Kurdish referendum but also against the Kurdish cause in general. This regional alliance overlapped with the unfriendly stance of the US and Europe towards the referendum that aggravated the post-referendum political situation in Kurdistan. This encouraged the central government in Baghdad to launch an onslaught, backed by the Iranian-trained militias, on the territories that are disputed between the central government and the Kurds, including Kirkuk.

The Kurdish forces withdrew from Kirkuk because the political leadership, rather naively, thought that such a sweeping offensive will never take place and that the results of the referendum will be settled through negotiation and not military means. The internal factionalism of Kurdish political groups was another reason behind capitulating these territories.

TNS: The Kurdish forces remain divided. Also, the Kurdish military apparatus is also divided along political and geographical lines. Is there any attempt (or hope) of Kurdish unity project uniting Kurds at least for joint defence?

DS: I must state here that the Kurdish independence referendum was controversial for many in Kurdistan for different reasons. Firstly, the decision to hold the referendum was unilateral pushed by one of the main political parties (KDP), which coercively shut down the parliament as it tried to subject the status of the then president of the Kurdistan region to parliamentary discussions. Secondly, the questions of good and efficient governance, eradicating corruption and building a solid and sustainable economy took priority for people over the question of the independence referendum. Thirdly, the division prevalent between Kurdish political parties has been very detrimental to the whole movement and created a sense of despair with people. They have been disillusioned with these parties, as they have failed to form unified state apparatuses and, more importantly, a unified ethos for the people who could proffer legitimacy to the political leadership. However, the unity project exists but requires the appropriate agents to bring it into realisation.

TNS: While in Turkey and Syria, PKK is a platform for progressive ideas, are there any organised left-wing forces in ‘Iraqi’ Kurdistan?

DS: The leftist groups in Kurdistan/Iraq are at the margin of the Kurdish political landscape and have not been able to impact the mainstream politics, which is dominated by the two main political parties, namely KDP and PUK. They are both aligned along nationalist lines although the PUK in its early formation was inspired by leftist ideas, this has been suppressed long ago and no longer part of its composition. The main problem of the left, which remains in the form of small groups and traditional communist parties, is their lack of perspective and their conformist vision that cannot offer an alternative to the mainstream politics.

‘Independent Kurdistan might give Middle East a new vision’