Lyari is no Paris

Conditions in Lyari have improved since the days of gang wars, but Lyari-ites still feel dispossessed in the absence of employment and development in the area 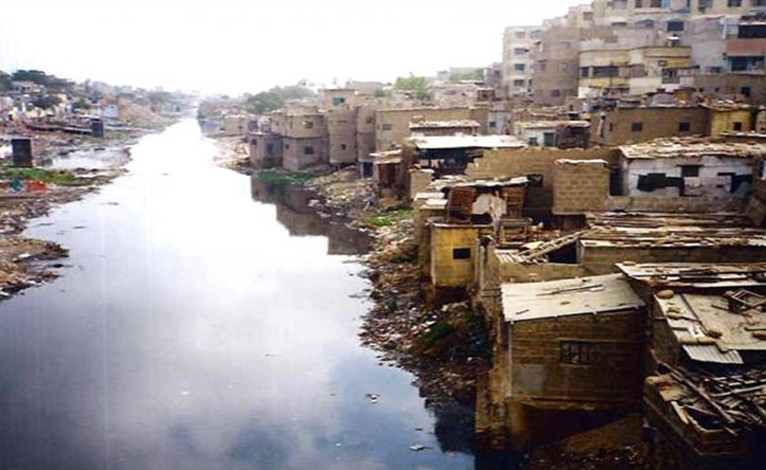 On the evening of August 19 this year, 11-year-old Mohammad Ariyal was standing outside his house in the Singo Lane area of Lyari. Suddenly two motorcyclists appeared from nowhere and tossed a hand grenade into the air. Ariyal was killed and six others sustained injuries.

Such criminals and politically backed gangs kept haunting the residents of one of the oldest localities of Karachi for decades. During the last week of April 2012, a failed police operation was launched under the supervision of the slain SSP Chaudhry Aslam. During the eight-day-long gun battle, at least 36 people were killed and 156 received injuries.

Instead of reduction in crime, there was a palpable surge. During the year 2012 and 2013, 754 cases of extortion were reported and 191 people were kidnapped for ransom all over Karachi. In the same period, 5192 people were killed for various reasons, including target killings. Most of the extortion phone calls were reportedly made from Lyari and the Uzair Baloch-led Peoples Aman Committee (PAC).

In his confessional statement Uzair testified that Faryal Talpur, the sister of former President and co-Chairman of PPP Asif Ali Zardari was given Rs10 million extortion every month.

A Rangers-led operation was initiated on September 5, 2013 to curb the menace of terrorism, target killing, kidnapping for ransom and extortion in Karachi. Lyari was then a no-go area for civilians and for Law Enforcement Agencies (LEAs). The Sindh Rangers and Karachi Police managed to apprehend many elements responsible for creating law and order situation in the city. Uzair Baloch, the PAC head fled from the area along with his commanders, but was apprehended last year in January.

Baloch is currently in the custody of the Pakistan Army and facing a military trial. His closest confidants and commanders have been killed, arrested or escaped from the area. The Police and Rangers have established an intelligence network in the neighbourhood through which they try to control criminal activity there.

The News on Sunday (TNS) investigation reveals that narcotics are still easily available in the area of Lyari. Unemployment and lack of education are the primary risk factors for turning youth into criminals.

A resident of Syed Abad, Shehzad said, "There is no employment for us, jobs are only limited for those with political clout, or those who can pay a handsome amount."

An important leader of the PPP and president of the party’s Karachi chapter, Saeed Ghani conceded that the situation in Lyari is not ideal but it is much better than what it was a couple of years back. "The Police have controlled the situation quite well though the issues of street crime, lack of development and narcotics still persist. Development work has been done but the vicinity is densely populated and there can be sewerage issues in the connected arteries and streets."

Despite the apparent victory of LEAs against criminals, Karachi is still afraid of the lingering shadow of gang wars.

During the time gang wars in Karachi were rampant, boys from Lyari working in different parts of the metropolis were often asked to leave their jobs due to the fear of their connection with gang war members. "Today, even though PAC and criminal gangs have been neutralised, the business community of Karachi is still reluctant to employ men from Lyari," says an important leader of Karachi traders who doesn’t want to be named.

Since 1970, Lyari is considered to be PPP’s stronghold in Karachi. Benazir Bhutto chose to organise a public reception of her wedding in the famous Kakri ground of the area. Besides her ancestral constituency of Larkana, Benazir Bhutto opted to contest the 1988 general election of the National Assembly from Lyari. Asif Ali Zardari too was elected MPA for the first time in his life from here. Both defeated their opponents with a heavy margin.

During this scribe’s visit, the locals told TNS that the PPP only contacts them when there is an election. "After being elected, the MNAs and MPAs never visit our constituency", a lady from Singo Lane said. "Whether it is the PPP, PML-N, MQM, PTI, Rangers or Police, everyone fills their coffers. People like us get killed."

The people of Lyari have made enormous sacrifices for Sindh’s ruling party, the PPP. On October 18, 2007 a massive bombing ripped through Benazir Bhutto’s procession in Karachi, killing at least 140 people. The security of the outer cordon of Benazir Bhutto’s truck was managed by a voluntary army of guards called Janisaraan-e-Benazir (Devotees of Benazir). Some 50 guards lost their lives while saving their beloved leader. Most of them were residents of Lyari.

An emotionally charged die-hard worker of PPP at Shah Beg Lane told TNS, "Since 1970 we have been giving our vote to Bhutto sahib, but Rangers and Police entered our houses. We sacrificed for the PPP, what has the PPP done for us?"

The youth of Lyari are the ones who mostly bore the brunt of the unrest in the neighbourhood. They were killed, victimised, and were used to achieve political gains. According to police statistics, during 2011 and 2017, 1076 people were killed in Lyari either in target killings or in police encounters and most of them were youngsters.

The DIG South Azad Khan admitted, "In the past there was official patronage from the police for selling narcotics, and their transfers and postings in the area were done on the recommendation of Uzair Baloch. This was also evident from his statement before the court, but now the situation has changed. There is no organised mechanism for such activities but availability of drugs on a personal level cannot be ruled out."

Although the government has allocated billions of rupees in the name of Lyari Packages, Lyari-ites are still searching for basic necessities. Every year millions are being spent on the upgradation of Lyari General Hospital yet there is no emergency operation theatre there. The blood bank has only one commercial freezer while the other one has been dysfunctional since last year. Due to mechanical faults most of the hospital’s ambulances are not functional.

The road infrastructure is in miserable condition. At different points, the sewerage systems have been destroyed. While on a visit to Gul Mohammad Lane, people were found busy cleaning the sewerage lines on their own at the main Tannery Road near Lyari General Hospital. Their elected representatives of Karachi Metropolitan Corporation are paying no heed to these civic issues.

The result of the recent local bodies election is an eye opener for the PPP where it was only able to win in six Union Councils (UCs) out of 15. Interestingly, the PPP’s staunch opponent, the PML-N knocked out the PPP in four Union Councils. The independent candidates also showed their strength by winning in three UCs while Pakistan Tehreek-e-Insaaf (PTI) and Jamaat-e-Islami (JI) secured two seats each. "At the time of the Local Bodies poll, there was still some influence of gang war, the candidates were receiving threats and moreover, there is an anti-PPP vote bank as well. However, there were problems and we learned from them and now the circumstances are different," said Saeed Ghani.

In this bleak picture for Lyari there is a ray of hope. Dozens of teenagers, with help from their seniors, are struggling hard to attain their ambitions in the field of sports. Kids from Lyari who are part of the Karachi United FC team are currently playing at the Aspire Academy in Doha Qatar. Some teenage footballers have been selected for training in foreign countries, yet there is no sponsorship from the provincial or federal government.

At Gul Mohammad Lane, a PPP worker Jamshed spoke passionately, "We have been hearing since our childhood that Lyari will become Paris. When will it become Lyari? We don’t need it to become Paris. We need employment."

Lyari is no Paris