Beauty of the mundane

Anuk Arudpragasam’s DSC prize-winning debut novel is a work of unyielding tenderness: a war novel entirely about the human capacity to love -- both the other and the self 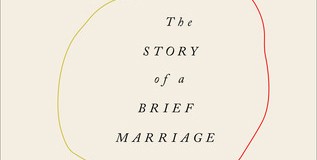 Anuk Arudpragasam’s DSC Prize for South Asian Literature-winning debut novel, The Story of a Brief Marriage, is slim yet long. It is set over the course of a single day and night, yet feels like it covers an eternity. It opens in a refugee camp by the sea during the final days of Sri Lanka’s decades-long civil war, with its protagonist, Dinesh, heading towards a makeshift clinic, carrying a one-legged six-year-old boy who is about to lose his arm.

Arudpragasam doesn’t flinch from describing how shrapnel has dissolved the boy’s hand and forearm into a congealed and charred mess, or the way the doctor administers the amputation with a kitchen knife and without anaesthetics. During the procedure, Dinesh wonders whether it’s better that the boy is losing his right arm and not his left: "Having only a left arm and a left leg would not help the boy’s balance no doubt, but all things considered he might have been worse off with a right arm and a left leg, or a left arm and a right leg, for surely, if you thought about it, those combinations were less evenly weighted."

The novel pivots not around the civil war, but around a marriage proposal that Dinesh receives and accepts from an old man who begs him to marry his daughter.

By situating a deeply philosophical character in the midst of a brutal war, Arudpragasam manages to grasp time and force it to slow down. In times of conflict especially, a second is over before it’s had a chance to begin, but Arudpragasam demonstrates that even then our minds have the capacity to make a moment last endlessly.

The novel pivots not around the war, but around a marriage proposal that Dinesh receives and accepts from an old man who begs him to marry his daughter, Ganga, convinced that this will protect her, at least a little, from being taken by the advancing forces. Within hours, Dinesh and Ganga are husband and wife, awkward and nervous in each other’s often-silent company. What is a hurried, arranged, and desperate marriage, when sent through the filter of Dinesh’s mind, becomes an extended meditation on what it means to be human -- what it means to be in the company of others; what it means to breathe, eat, sleep; what it means to live and die.

We have all been exposed to ephemeral yet static images of war: photographs in the newspaper, or a reel of footage that plays on loop, either on the television, or increasingly in 2-minute-long videos edited for and consumed entirely on Facebook. The scale of our contemporary crises and conflicts is known to all of us in data sets, graphs, and numbers; but the power of fiction in general, and this novel in particular, is that it can make tens of thousands of nameless faces come alive through the contours of a single story. Alongside unthinkable horror, Arudpragasam again and again shows us the enduring beauty of the mundane, or perhaps how horror can render the mundane more beautiful than it otherwise would have been.

Consider this scene: Dinesh digs a small pit, strips, squats to take a dump, then stands up and fills the pit with sand again. The process, an essential and daily one, is slow and filled with pleasure, despite the fact that he is worried an army boat will pass by. When he is finished, he watches the sky darkening over the sea. The storm that follows is reminiscent of a battle, with the raindrops falling "like pins from the sky, gathering speed…coalescing as they dropped down through the atmosphere, each one collecting mass and momentum as it joined others on its journey, becoming fuller and denser till they fell to the earth finally and disintegrated upon its solid and liquid surfaces."

The language, both here and throughout the novel, is deliberately slow -- the long, exhaustive sentences scour the landscape and dwell on details that have escaped or surround the carnage, painting a picture that isn’t entirely stained red with blood.

In another scene, the night of his so-called wedding, Dinesh manages to find a tiny pair of scissors and sneaks away to a well where he clips his nails, snips his hair, and bathes in the dark. All he can feel during this moment is "his body and the immediate things it was in contact with, the water in which his hands were immersed, the wet concrete beneath his feet, and the air whose constant movement in and out of him raised and lowered his chest". The reader, too, moves through the novel in this fashion: drowning in each set of details, often forgetting the darkness that surrounds them.

Yet for all its details, the novel still adheres to a bare-boned structure. While it is set in Sri Lanka, it’s largely absent of context that would mark its characters in a particular time and place. The result is a book that ends up being both precise and elastic at the same time: a precise portrait that nonetheless conveys what the experience of living through conflict, in general, entails. It is a work of unyielding tenderness: a war novel entirely about the human capacity to love -- both the other and the self.

Beauty of the mundane