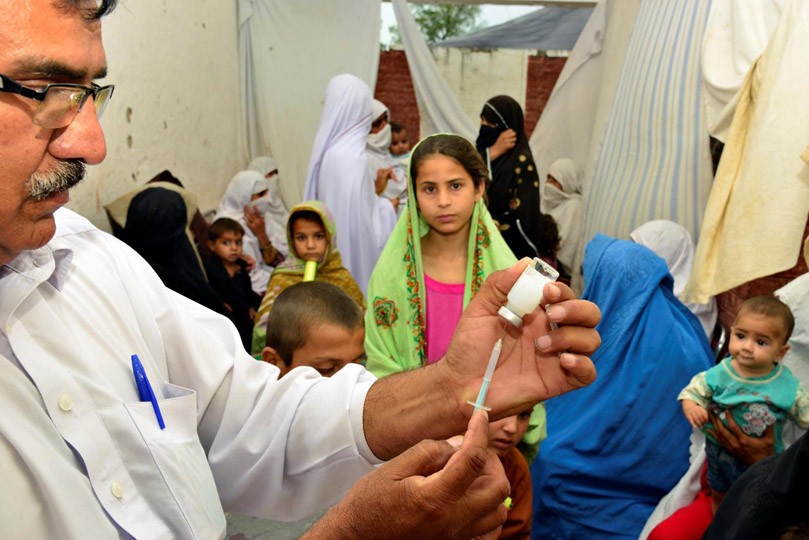 The old PTV drama lovers can still recall a classic serial, "Mera Naam Mangoo" based on a Novel by Jabbar Tauqeer, "Mera Naam Mangoo Hay" which portrayed the life of a beggar boy. After seeing the conditions, the boy grew up in and the situation he faced at every step of his life many of the viewers of this serial burst into tears.

Things haven’t changed since this novel was written. We can still see many Mangoos, Chhotas, Puppos, Billos, around us, living and working in conditions far worse than this screen depiction of Mangoo.

According to data in a press report of June 2016, quoting a statement by the Child Rights Movement (CRM) National Secretariat states, "12.5 million children in Pakistan are involved in labour". There are 8.52 million home-based workers in the country, according to the figures released in the National Policy on Home-Based Workers, and the number of child labourers up to the age of 10 years is around 6 million," the statement says.

Children constitute 49 per cent of Pakistan’s total population, but how many are receiving their basic right of education and health, is a question mark.

Pakistan, after failing to meet the targets of the Millennium Development Goals (MDGs), is now a signatory to the Sustainable Development Goals (2015-30). The Goal 2 and 3 of the SDGs call for ending hunger and improve global health respectively. The target 3.2, beside others, also specifically calls for an end to preventable child and newborn death by 2030. Achieving SDG 3 requires the government’s will but things are dismal.

According to "State of Pakistan’s Children 2016 report" released by the Society for the Protection of the Rights of the Child (SPARC), Pakistan ranked 78 out of 109 countries according to the Global Food Security Index. As many as 40 per cent of children under the age of five are underweight, according to a World Health Organization survey. Iodine, iron and protein deficiencies result in an annual loss of 3-4 per cent of the GDP. The SPARC reports also quotes the UN Food and Agriculture Organization’s (FAO) estimates according to which an estimated 45 per cent of deaths in children under the age of five are caused by poor nutrition.

While taking a review of budget allocated by various provincial governments of Pakistan for the year 2016-17, the report says that the government of Punjab earmarked Rs43.8 billion for health. The government set aside Rs1 billion for an expanded programme for immunization (EPI).

The Sindh government increased allocation for health by 7.7 per cent to Rs14 billion in its annual development plan for 2016-17. KP allocated Rs21.576 billion for healthcare in 2016-17, while Balochistan earmarked Rs17.37 billion for health. While the earmarked budget gives a glimmer of hope, non-implementation of policies will remain a dilemma for achieving SDGs goals.

According to PDHS 2012-13, in Pakistan the ratio of fully immunized children (FIC) is 54 per cent while it is only 29 per cent in Sindh. Only 5 per cent of children did not receive any of the recommended vaccines. While Pakistan Social and Living Standards Measurement Survey (2014-12) (PSLM) gives the figures of FIC in Pakistan and Sindh at 82 per cent and 73 per cent respectively. Another micro census 2017 (PCCHI) for immunization and urban slums puts the number of Zero Dose Children at 45 per cent in Karachi and 16 per cent in Hyderabad.

Of the 10 diseases, which can be prevented from proper immunization, Pneumonia and diarrhea are the ones which have been on the rise for quite some time. Pakistan has just celebrated World Pneumonia Day on November 12, with a theme "Stop Pneumonia: Invest in Child Health". A press report of 2015 ranks Pakistan in the top five countries of the world that account for 99 per cent of childhood pneumonia cases. At least 92,000 children die of pneumonia in the country every year, while 52 million cases of the illness are reported every year.

According to the IVAC’s (International Vaccine Access Centre) 2017 Pneumonia and Diarrhea Progress Report: "Driving progress through equitable investment and action,"    Pneumonia and diarrhea account for 25 per cent of under-5 deaths globally, an estimated 1.5 million children. The report has given profiles of 15 countries including Pakistan, which hold burden for 70 per cent of these deaths. The integrated Global Action Plan for the Prevention and Control of Pneumonia and Diarrhea (GAPPD) provides a framework of proven interventions for diarrhea and pneumonia and sets specific coverage targets by 2025 for each intervention. None of the 15 countries mentioned in the report, met the GAPPD-Pneumonia (84 per cent) or GAPPD-Diarrhea (82 per cent) target scores. The overall 2017 GAPPD intervention score achieved by Pakistan is 46 per cent, against the target of 86 per cent.

He said the government of Sindh has provided Rs6.5 million for strengthening immunization in the province. "UC wise vaccinators have been enhanced 3 per UC for outreach and 01 for each EPI centre (Total EPI 1510), supported by CM secretariat summary approval for 2119 vaccinators. As many as 572 vaccinators’ posts for Karachi will be advertised in the current month. Similarly, cash awards will be given to the vaccinators, while they have also been provided motorcycles. There are 21,600 LHWs in Sindh, of which 16000 are EPI trained."

"Hepatitis B birth dose is being piloted in 03 districts & 02 towns of Karachi. Rotavirus introduction in December and Measles SIAs has been planned in 2018", he said.

Dr Ashfaq says they have started "Zindigi Mehfooz" programme, with the collaboration of Indus Hospital’s Interactive Research Development (IRD) section. Under this programme, digital registry of the children vaccine will be done. Each child is assigned a unique QR Code, through which data will be sent to a central server. At the time of follow-up, the QR Code is scanned to retrieve the child’s immunization data at any EPI center. A plan is also underway to do the cluster coverage survey for EPI. It will be done in December or probably in January 2018.

Pakistan People’s Party has given a strategy to tackle high level of communicable diseases and vowed to merge polio eradication, routine vaccination, LHWs, mother and child care, malaria and hepatitis control, and family planning to create a consolidated and coordinated public health programme. Moreover, they have ensured 100 per cent vaccination of infants and children under 5 years and procuring WHO-certified vaccines at competitive rates and eradicate polio by 2015.

The PML-N manifesto promised 100 per cent vaccination of children within 5 years. The PTI has also given the target to achieve100 per cent immunization of children against preventable diseases. The MQM (Pakistan) has proposed a three-pronged strategy to target population planning, ensuring full coverage of EPI and eradicate polio. The PML-F has also ensured immunization of every child.

Talking about the policy of PPP, Humaira Alwani, Information Secretary PPP Sindh and ex-MPA, says, "It’s the policy of the party since Benazir Bhutto’s time, who herself immunized her children at a government facility and instructed her leadership to "set personal examples."

According to the KP Health Department data, the government of KP has approved 24 billion PC-I for immunization in which provincial government committed 6.5 billion for the next 5 years. There is an approval of huge number of human resource inductions in the history of EPI. They have also implemented weekly SIAs for turning environmental positive sampling of polio virus to negative under Sehat Ka Insaf and Sehat Ka Ittehad banner etc.

KP is the first province to take diseases of public health importance at assembly level and pass Public Health Act. An integrated disease surveillance model is also being implemented in KP. Only KP has the list of notifiable diseases and is establishing the first public health lab in KP.

Zehra Wadood Fatimi, an MNA from PML-N and member standing committee on health, human rights and IT, endorsed a Senate bill on "Compulsory immunization for every Child", moved by a member of the Senate Ayesha Raza Farooqui. The bill has already been passed by the standing committee, but it is awaiting a discussion in the joint session of the parliament.

Zehra suggested that schools should demand a health card, showing the immunization details of every child at the time of admission. The schools should take the ownership of any child not immunized.

Nusrat Sehar Abbasi, an MPA from PML-F, is appalled at no discussion in the assembly on this issue. "Children in areas like Nara and Kachho are not immunized, but nothing was done by the health department." She said she will give a call attention on this issue in the next assembly session.

For MQM’s MNA Kishwer Zehra, literacy is the main issue. "I ran an awareness programme "Parho aur Barho", from 2008 -2015 for 7 years, for the educated married women of the area. We gave them sessions on health and education in almost all areas of Karachi, who in turn then raised awareness on vaccination, health, hygiene and various diseases."

The themes of this year’s World Pneumonia Day and Universal Dhildren’s Day once again remind us that investing in children is investing in the future of the country.