After unsuccessful merger with the PSP, the MQM-P tries to put its house in order 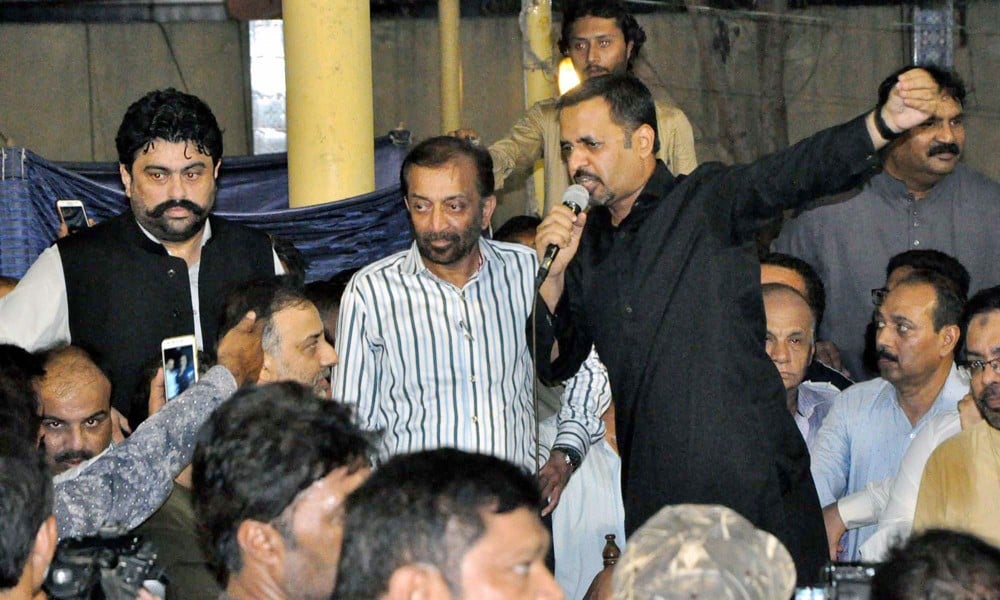 The fate of the Muttahida Qaumi Movement-Pakistan (MQM-P) was quite uncertain after Dr Farooq Sattar announced quitting the party and politics in a charged news briefing on the night of November 9. Within a couple of hours, however, he was back at the helm of the MQM-P, and since that moment many of the disgruntled leaders are using backdoor channels to find their way back into the fold.

Last week, many developments took  place in favour of the MQM-P in which many of the aggrieved party leaders, who had left Dr Farooq Sattar, have expressed their willingness to rejoin him. Of them, a major development was the visit of MQM-P former leader Aamir Liaquat Hussain to a private hospital in Clifton where he went to enquire after ailing MQM-P leader Kamran Tessori. During the visit, Hussain took part in a photo session, and soon after his departure from the health centre, the photographs were posted on social media in which he can be seen standing with the MQM-P disgruntled leader Ali Raza Abidi, Gulfaraz Khattak and Kamran Tessori. In another photograph posted on social media, Hussain and Abidi were seen sharing smiles.

Hussain and Abidi played a war of words on Twitter when Abidi wished Hussain sarcastically upon rumours of him joining the Pakistan Tehreek-e-Insaaf (PTI).

Abidi, in a tweet, described his reservations and, according to him, the thing which forced him to take this step was the electoral alliance of the MQM-P with PSP for the coming general elections.

Hussain parted ways with the MQM-P in August 2016, saying at the time that he would be leaving politics. Prior to his announcement, Hussain was taken into custody from his office and later released by the Rangers after overnight detention.

Sources told The News on Sunday that Hussain tendered an apology to Tessori for defaming him in his talk show and discussed the present position and future of the MQM-P. Sources claimed that Hussain has started using backdoor channels to ease his comeback into the party again, and he is holding meetings with his likeminded people in the MQM-P in this regard.

MNA Ali Raza Abidi, who announced on Twitter that he is quitting the MQM-P and resigning from his National Assembly seat NA-250, has changed his mind after the party chief assured him of addressing his grievances. Abidi had announced that he was parting ways with the MQM-P after party chief Dr Farooq Sattar, in a joint press conference with Pak Sarzameen Party (PSP) Chairman Mustafa Kamal at Karachi Press Club on November 8, announced that the MQM-P and PSP would contest the 2018 general elections under one name, one manifesto, one symbol and one party.

On November 13, Abidi sent his resignation to the National Assembly Speaker, Ayaz Sadiq. The speaker called him for confirmation, but he said he will personally appear before him to submit his resignation.

Abidi, in a tweet, described his reservations and, according to him, the thing which forced him to take this step was the electoral alliance of the MQM-P with PSP for the coming general elections.

However, PSP Chairman Mustafa Kamal has ruled out possibilities of electoral alliance with the MQM-P. "During a joint press conference with Dr Farooq Sattar at KPC, I said the MQM-P is a party of Altaf Hussain and I do not accept the MQM-P then how can I make an alliance with a party which I am not ready to accept," PSP Chairman Mustafa Kamal told TNS. Kamal claimed Dr Farooq Sattar deceived him.

Besides Hussain and Abidi, MQM-P MNA Salman Mujahid Baloch, who was expelled from the party on the recommendation of the disciplinary committee for violating the party discipline on October 27, has also paced up efforts for his return in the party’s ranks. The basic party membership of Baloch, who was elected from NA-239 Keamari in the 2013 general elections, had been revoked.

Baloch accused Dr Farooq Sattar of having links with Altaf Hussain and deceiving the establishment.

Talking to TNS, MQM-P spokesman Ameen-ul Haque said Aamir Liaquat Hussain has not made any formal request for joining the party. "If Hussain requests for his return, the Coordination Committee of the party would decide his case."

However, Haque said, "The MQM-P still considers MNA Ali Raza Abidi as a part of the party, and the party is taking him on board before making any decision."