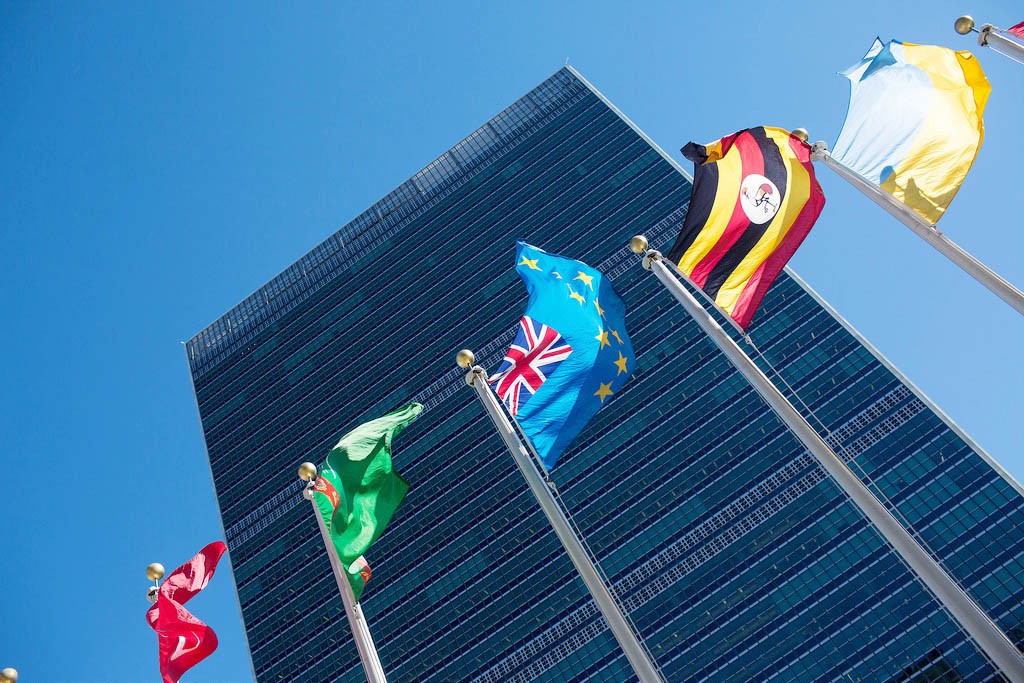 A developing country like Pakistan, which has contributed negligibly to the phenomenon of climate change, is one of the most affected. According to Germanwatch, a think tank working on climate change, Pakistan is ranked 7th in the list of top 10 countries most affected by extreme weather events from 1997 to 2016, suffering a death toll of 523.1 lives per year. Pakistan also lost US $ 3.8 billion from 141 extreme weather events during the same period.

Climate science has informed us that global temperatures have risen considerably and the Pakistan Meteorological Department has also testified that the mean surface air temperature in Pakistan has risen at the rate of 0.099°C per decade from 1960-2010, resulting in a change of 0.47 °C.

To address the dangerous impacts of climate change, the United Nations Framework Convention on Climate Change (UNFCCC), an international environment treaty was brought into force on March 21, 1994. The Government of Pakistan signed the UNFCCC in 1992 and ratified it in June 1994.

"With the federal minister for climate change, senator Mushahidullah Khan being unable to say a few words on NDCs (at COP23), how can we expect the Western world to give us (climate) finance?”

The UNFCCC organises annual conferences to assess progress in dealing with climate change, the most recent of which, COP23 was held in Bonn, Germany. Many climate conferences held every year under the banner of the UNFCCC Secretariat have also produced their own agreements, such as the Bali Action Plan, the Copenhagen Accord, the Cancun Adaptation Framework, etc.

On the Ministry of Climate Change (MOCC)’s website, Pakistan is signatory to various international climate-related protocols, known as Multilateral Environmental Agreements (MEAs). Four MEAs have been ratified by the government of Pakistan and the MOCC is working on their implementation. These include UNFCCC; Kyoto Protocol which extends the UNFCCC and aims to reduce greenhouse gas emissions which Pakistan signed in December 1997 (ratified January 2005); Vienna Convention for the protection of the Ozone layer (ratified December 1992) and Montreal Protocol on substances that deplete the Ozone in January 1989 (ratified December 1992).

Read also: Between government and non-government

Under the long-standing norms of international climate diplomacy, most developing countries in their Intended Nationally Determined Contributions (INDCs) have made ‘conditional’ obligations which are contingent upon the provision of support in the form of finance, technology transfer, and capacity building. Pakistan is on the unfortunate trajectory to increase its emissions four-fold by 2030 thanks to its coal usage. Because of this it is demanding $40 billion to reduce only 20 per cent of its emissions, whereas it requires US $ 7-14 billion for only adaptation.

When asked whether Pakistan is complying to international climate laws, Dr. Tariq Banuri, a PhD in economics from Harvard University and executive director of the Global Change Impact Studies Centre, a government-run research institute for climate change studies says, "Pakistan has strengthened its systems for collection and dissemination of climate-related information, and has initiated preparation of projects for financing."

He says "Pakistan’s core climate-related obligations are domestic rather than international in character, and have to do with the need to protect its citizens from the threat of future climate disasters and climate change more generally."

When asked about the problems faced by the government in abiding by the international climate laws, Banuri says, "Our main obstacles include the absence or weakness of relevant institutions. The government’s acute awareness of this weakness is evident from the profusion of institutions established to address the various aspects of climate action. These include the MOCC (established after the 18th Amendment), the GCISC (established formally in 2013, although existing previously as a development project), the Pakistan Meteorological Department (PMD, strengthened since 1996), the NDMA (established in 2007), Alternative Energy Development Board (AEDB, established in 2003, and revamped and strengthened in 2013), National Energy Efficiency & Conservation Authority (NEECA, established in 2016, by revamping and strengthening the previously existing ENERCON), and the National Climate Change Authority (NCCA, to be established in the near future)."

He says, "There is a need for ‘high level’ political support and supervision for environmental institutions, adequate finance, strong leadership, and investment in capacity building. Those engaged in representing Pakistan on international forums on climate change needs to be trained as well, including the staff of the MOCC, foreign affairs and technical staff from other national institutions pertinent to this subject."

Dr Adil Najam, Dean of the Pardee School of Global Studies at Boston University says, "The reality is that most international conventions are actually very hollow. They really have very few implementable clauses and nearly none for developing countries. The reason countries like Pakistan find it easy to sign them is because most of these conventions do not ask countries to do anything, especially developing countries. Mostly the only requirement is to attend meetings or submit a report or two. This is not a Pakistan problem, this is a failing of international environmental policy."

He adds, "A good example - actually, a bad example - is the Paris climate agreement. All the international celebrations aside, the fact of the matter is that from a legal point of view it has nearly no implementable clause. Countries say what they can do voluntarily and then the convention politely asks them to do what they can. That’s it!"

Dr. Najam sounds one note of optimism in this scenario. "The one major exception is in the area of wildlife and especially trade in endangered species. That convention has teeth - meaning, implementable clauses. Which is why it is also followed and implemented better."

Dr Pervaiz Amir, Director, Pakistan Water Partnership (PWP) and a senior expert on climate issues, expresses his disappointment over the fact that Pakistan’s policy-makers love to sign international environmental treaties but when it comes to implementation, they lack the will and the capacity. "The Nationally Determined Contribution (NDC) submitted to the UNFCCC by Pakistan reveals that the country demands US $ 40billion for mitigation and US $ 7-14billion for adaptation (to climate change). We don’t say how we are going to do that! To attract donor funding, one has to develop bankable projects, which we haven’t made (as of now) and that keeps our pace slow in international climate negotiations."

Dr Pervaiz further says, "With the federal minister for climate change, senator Mushahidullah Khan being unable to say a few words on NDCs (at COP23), how can we expect the Western world to give us (climate) finance? We have lagged in securing climate funding and Bangladesh, Sri Lanka and India are successfully securing it from developed nations. The quality of our communication to UNFCCC is extremely poor."

"Only a few lawyers in Pakistan focus on environmental problems in the context of global scenarios," he adds.

With Pakistan going down the path of increasing its emissions four-fold (by 2030) through continued reliance on coal-power plants and then demanding billions of dollars for climate change adaptation and mitigation from the Western world, it doesn’t look as simple as it seems, because the entire pool of developing nations which have developed bankable projects are in an advantageous position to secure climate funding.

As our Intended Nationally Determined Contribution (INDC) highlights, "Pakistan reiterates its commitment and obligations towards the UNFCCC and Paris Agreement, and the objective to limit the average global temperature increase to 1.5 to 2.0 degrees Centigrade," the policy-makers should strive to achieve the targets laid out under international environmental laws on climate, which Pakistan is signatory to, if they are serious in saving the country from international isolation and also to protect its people from the catastrophic impacts of climate change.