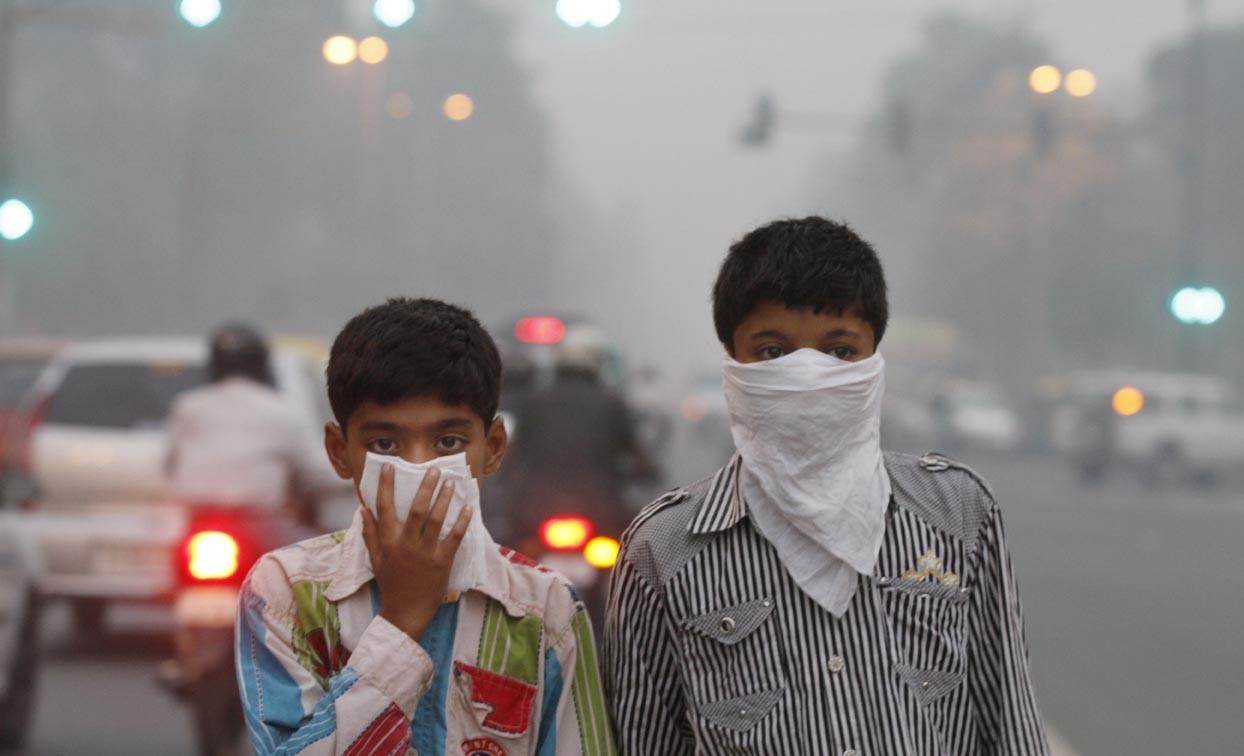 There is enough evidence that the air we breathe is dirty and killing us prematurely. According to the World Health Organization, an estimated 60,000 Pakistanis died from exposure to higher levels of fine particulate matter (PM 2.5) in 2015.

Most of it is a result of pollutants emitted from power plants, automobiles, construction sites, and factories that reduce visibility and cause the air to appear hazy when levels are elevated, something like the cloak of smog that covered Lahore for over three weeks this November.

Often termed the "airpocalypse", new research (though still nascent) is suggesting that those wily invisible polluting particles are not just affecting our bodies but our brains too.

Depression, Alzheimer’s, even poor academic performance is being connected to air pollution by scientists.

Lahore-based Dr. Ali Madeeh Hashmi, associate professor of psychiatry at King Edward Medical University, is not surprised. Pointing to multiple studies in the last 30 years, he said it has been documented that smog and air pollution cause everything from "fatigue and decreased concentration to depression, anxiety and other mental illnesses".

In fact, he said, dirty air impacts young children and adolescents, yet Pakistan remains oblivious to this.

Often termed the "airpocalypse", new research (though still nascent) is suggesting that those wily invisible polluting particles are not just affecting our bodies but our brains too.

A recent research: "Happiness in the air: How does a dirty sky affect mental health and subjective well-being?" by the Washington D.C. based International Food Policy Research Institute (IFPRI) found that increase in air pollution in China accounted for 22.5 per cent of the actual decline in happiness in the country from 2007 to 2014. This reduction in happiness was more pronounced with people concerned with "environmental problems, who worked outdoors, earned lower incomes, or had young children".

"Lower air visibility, due to air pollution, significantly reduced shorter-term happiness and raised the rate of depressive symptoms. Conversely, as air visibility increased, it boosted happiness," Xiaobo Zhang, one of the co-authors of the study and Senior Research Fellow with IFPRI, told The News on Sunday over an email exchange.

"Conditions that create smog have a negative effect on the mood and a person’s mental health," concurred Hashmi. "Over crowded cities, fumes from cars and factories, traffic, noise and air pollution, all test your nerves; and incidentally all these also contribute to smog," he said.

Zhang had his first encounter with smog in Beijing after he returned from the US in 2012 and began experiencing bouts of headaches. IFPRI’s is also the first study ever that has found a definite link between worsening air quality and reduced happiness, despite rapid economic growth.

But not everyone is convinced of this link. Dr Zafar Ahmed Fatmi at the Department of Community Health Sciences at Aga Khan University feels finding a link between air pollution and mental health was a "distraction from the main issue" of how the former was exacerbating respiratory and cardiovascular disease.

"Little has been done to estimate that burden in Pakistan," he said emphasising the need to push the government to invest time and money on research around it.

Abid Omar, founder of the Pakistan Air Quality Initiative (PAQI), has six air quality monitors installed -- two each in Lahore and Karachi and one each in Peshawar and Islamabad. According to him fine inhalable particles, with diameters that are generally 2.5 micrometers and smaller (the average human hair is about 70 micrometers in diameter -- making it 30 times larger than the largest fine particle), and which can penetrate into our bloodstream through the lining of our lungs, had reached up to 1,077 micrograms per cubic meter of air -- many times the safe standard set by Pakistan’s national environmental quality standards of 10 (for the year) and 35 micrograms per cubic meter of air during a 24-hour period.

According to Hashmi, sunlight helps regulate many body rhythms including sleep/wakefulness, appetite, mood swings and others. "In a sustained smog spell like we had in the Punjab, where we did not see the sun for over three weeks, many bodily functions like sleep and mood got disrupted because of lack of sunlight, in addition to other limitations like the inability to walk or exercise outdoors etc."

But what is even more worrying is the long term exposure of these pollutants on the next generation.

"Long-term exposure to air pollution may even change the structure and functioning of brains," said Zhang. In another study, he did, the IFPRI researcher found air pollution had a lasting adverse impact on cognitive performance in math and verbal tests. "The impact lasts at least two years," he said.

Today, said Zhang, cleaning up the air is a top priority of the Chinese government. "In the past several years, the Chinese government has shut down many polluted factories. During the days of severe air pollution, all outdoor construction projects are halted, even traffic is restricted," he said.

Has Pakistan learnt anything from the west or for that matter, China, to clean its air. Hashmi thinks otherwise!

"It has only been trying to downplay the scale of this public health disaster, or blaming India for it, which is always convenient," he said.

Even the smog policy is being looked at warily. As a quick fix measure, open burning of rice stubble and solid waste has been banned and smoke emitting industries closed temporarily.

"To me the policy is irrelevant," said Omar. He said he has gone through enough policies to know they all read the same, whether made for Nepal, India or Pakistan. "What is of paramount importance, is that the policy is implemented and that can only be done if there is a political will to do so."

Dr Masood Arshad, Director Climate, Energy and Water at WWF-Pakistan, wants the same -- that the government implement the policy in true spirit.

"If they want to develop urban jungles; shut down brick kilns during that critical period, ban burning residues of rice paddy, or crackdown on smoke-spewing vehicles plying on the roads or even if Environment Protection Department is monitoring air quality through its programme, then be it that way."

But for making informed decisions to form a policy that is then implemented, Omar said accurate data was needed. "It is just not about having air monitors installed across the country; it’s about using the right ones, having the right sensors to collect accurate data and trained manpower to do all that," he said.

"I am told Delhi has instituted a toll of INR 2,000 for any truck entering Delhi; sale (but not its use) of firecrackers was banned on Diwali as has burning of rice stubble; and all kinds of construction has been put on hold till March."

But all is not lost and Hashmi is hopeful we can turn back the clock. "If there is one lesson we can learn from other countries, he said, it is that the environment is a dynamic ecosystem. The smog of London in the 1880s and Los Angeles in the 1970s was worse than Lahore right now, but they enacted clean air laws. The earth rejuvenates itself. If we reduce our pollution, our planet will clean itself up. All we need to do is to stop our wasteful ways."