Will the World Monument Fund that has placed some of Karachi’s heritage sites on its 2018 watch list save them from ruin? 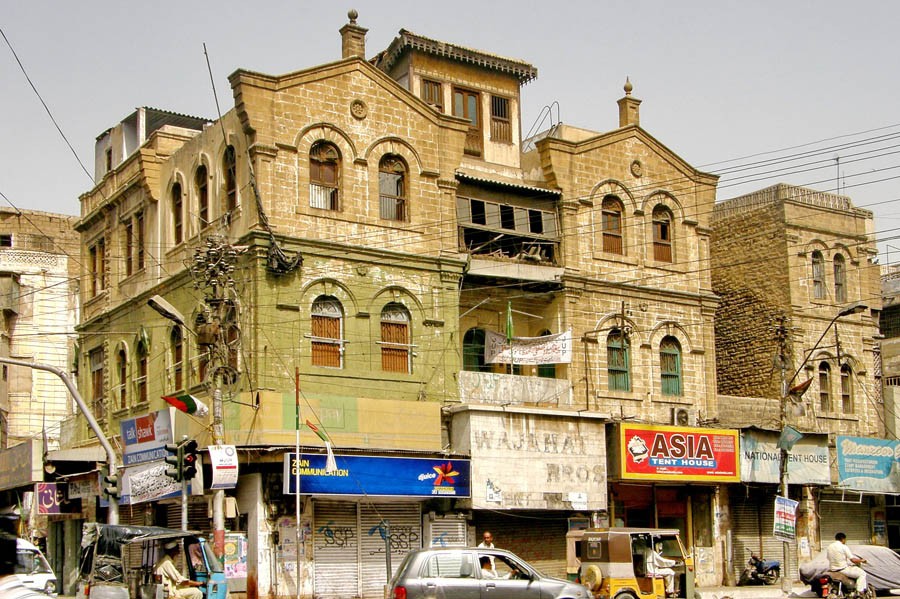 Karachi’s historic buildings are likely to get a new lease of life. Some of the saddest structures have been selected by the World Monument Fund for conservation, community engagement and sustainable development.

The civil society organisations and heritage activists in Karachi have been struggling for a long time to ensure timely measures for the protection of ‘Historic Karachi’, which encompasses the historic quarters where priceless heritage buildings of the city exist. Roughly 2000 such buildings have been identified in the area.

The most damaging threats faced by Karachi’s historic quarters are, "the passing of the Sindh High Density Board Act 2010 is drastically changing the landscape and increasing the pressures on the infrastructure of an already ailing city centre. This includes the proposed extension of the BRT Project inside the historic quarters without sufficient preparatory ground work for sensitive integration of the historic fabric," says Dr Noman Ahmed, professor and chairman, Department of Architecture and Planning, NED University.

Arif Hasan thinks efforts need to go beyond the conservation of individual buildings to the area around it, to its neighbourhood.

Almost all of these buildings have very important memories associated with them. For example, on main MA Jinnah Road stands Ghulam Hussain Khaliq Dina Hall. This was the building complex where the trial of Maulana Mohammad Ali Jauhar and Maulana Shaukat Ali was conducted in 1920s. This event gained enormous importance in our political history, and was also significant in making Karachi appear on the political map of the subcontinent.

Slightly ahead of this building stands colonial-era Merewether Tower which was regarded as the gateway to Karachi. The ‘striking’ feature of this tower is that it has a clock installed at the top. Merewether is not the only clock tower in Karachi though. Many more such structures -- Municipal Head Office and Holy Trinity Cathedral to name a couple -- dot the old parts of the city. It is said the British administrators built clock towers in most city centres to ‘civilise’ the masses in different walks of life.

It is sad to note that the majority of these clocks are now out of order, purely due to neglect by the Sindh government.

Karachi is also well known for colonial architecture dedicated to public service. Some interesting typologies in this regard include hospitals and dispensaries, public schools, maternity homes and even water turfs. These buildings feel like a throwback to the colonial life of the British-era. They also reflect the spirit of philanthropy that shaped the city in the old days. The contribution of Parsis and Hindus in the making of Karachi is evident from many of these structures.

A few Karachiites will remember the Statue of Lakhsmi at the famous Lakshmi Building in Saddar. It was ruthlessly pulled down and destroyed in the early 1950s. Similar acts of vandalism damaged the priceless heritage of Karachi. It is the common duty of every Karachiite to play their role in safeguarding the heritage of the city.

Architect and conservationist Yasmeen Lari feels it’s not important to preserve the endangered buildings through international intervention. "It’s all cosmetic. It’s not helping the cause. Action is not taken where it’s most desired - like protecting the city from real estate barons."

She adds, "The people of Karachi must learn to recognise their heritage sites. All efforts to attract international attention for the protection and conservation of historic sites are wasted because our own people do not value them."

Karachi is the largest, most populated and fastest growing city of Pakistan with many unplanned and uncontrolled developments in complete disregard to the city environment. The extent of threat to built fabric is apparent from statistics obtained through Karachi Heritage Buildings Re-survey Project undertaken by HC-DAPNED in 2006-09 (and ongoing); indicating 9 per cent of listed properties already demolished and another 30 per cent being under high degree threat either due to abandonment/neglect or being in partially demolished condition.

Arif Hasan, architect, planner and social researcher, says, "The Culture Department of the government of Sindh already has two committees -- one advisory and other technical - working on the conservation of heritage in Karachi. Now with the World Monument Fund coming in to play, the government will have to discuss the policy with them."

He thinks conservation efforts need to go beyond the conservation of individual buildings to the area around it, its neighbourhood. "And, by conserving the area, I do not mean gentrifying it."

He further adds, "The success of such projects depends on what it’ll give back to the people. It is perhaps too early to celebrate this initiative. Let’s see what shape it takes in the future."