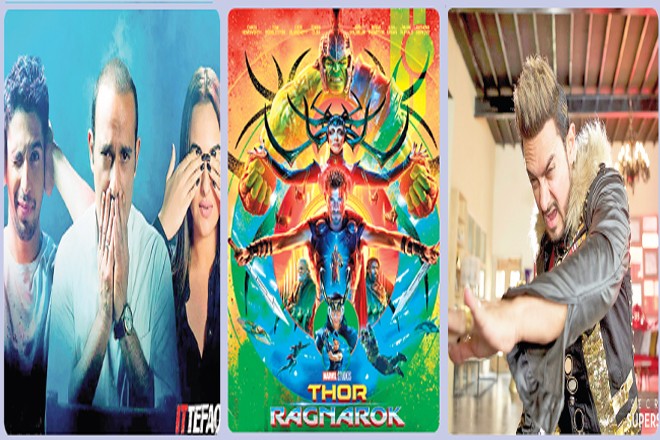 Remakes are the in thing in Bollywood, however not every remake pays tribute to the original classic - Ittefaq is one such flick that disappoints because of being too Hollywood-inspired. Nearly 50 years after his grandfather B.R. Chopra produced Ittefaq, Abhay Chopra tries to recreate the same magic but it falls flat due to amateur handling in every department.

This remake of Ittefaq had all the ingredients to become a successful flick yet it failed to grab the viewer’s attention. In a film that tackles two murders, has as many as two suspects with a no-nonsense cop handling the case, you would hope to find twists and turns beyond imagination. However, in this case the script and direction fails to impress and there’s not much that the performances can do in terms of damage control. That’s one of the many reasons why Ittefaq doesn’t make an impact at the box office.

Akshaye Khanna as the cop is the reason to watch the film; Sidharth Malhotra gives a mature performance as the man accused of murdering his wife and a random person, whose wife Sonakshi Sinha gave him refuge when he was on the run from the police. The interrogation scenes, as well as the flashbacks, are done in Hollywood style but when you exit the cinema, you don’t get the feeling of watching a brand new film but a flick that you have seen before at home if not in the cinema. It would have been better had the film been named something else because the title Ittefaq degrades the original, instead of paying tribute to it.

A Marvel flick where the superhero has lost his main weapon, where he has to team up with unstable allies and where the biggest enemy is one from the family…a superhero drama can’t get better than this. In Thor: Ragnarok, Thor and Hulk join forces to escape from a prison planet and to save Asgard before it’s too late. The film easily has an inspiring script because it keeps you involved from the first scene till the climax and enables you to leave the theatre with a happy face. Yes, Led Zeppelin’s ‘Immigrant Song’ has everything to do with that sense of elation!

In what can easily be termed as one of the final films in Marvel Cinematic Universe before the start of Infinity Wars from next year, Chris Hemsworth returns as the God of Thunder who decides to save his home planet of Asgard after the death of his father, and the return of his eldest sibling Hela (Cate Blanchett), the Goddess of Death. Loki (Tom Hiddleston) aids his brother but not without fulfilling his own agenda and the film goes more or less the similar route to other Marvel flicks. It tilts more towards the superhero who decides to defy all odds to take down the mega-villain whose agenda is bigger than the universe.

The film is laced with cameos from Hollywood’s best and the interaction between the good guys and the bad gal is the highlight of the movie. However, Hela shares fewer scenes with her brothers and more with her army that she resurrects on her return to Asgard. The action sequences are top notch as are the dialogues which is something close to Marvel’s Universe than DC. Director Taika Waititi must be commended for asking Thor regulars to reboot their characters to bring Thor back on track; he doesn’t have a love interest this time but in near future, he will not have time for romance as the galaxy is moving towards imminent danger.

Advait Chandan is nobody in Bollywood yet when he presented his idea to Aamir Khan, the actor decided to come onboard with full force and the result is Secret Superstar. Like Aamir Khan’s recent flicks, this film tackles a prominent subject - feminism and domestic violence - things that are part of our culture as well as that of India. Like Taare Zameen Par, Aamir Khan lets a newcomer shine, taking the backseat until his presence is necessary in the second half.

This coming-of-age film revolves around a teenaged girl Insia (Zaira Wasim) who wants to make it big as a singer but whose father is dead against giving liberty to her daughter. Encouraged by her mother Najma (Meher Vij) and aided by her friend Chintan (Tirth Sharma), Insia manages to reach music director Shakti Kumar (Aamir Khan in a brilliant role) who tries to be of help mainly because no one in the industry likes him. Does Insia manage to succeed in fulfilling her dreams or does her father stand between her and success, watch the film to know more.

One thing is however certain - Secret Superstar is one of the best films to have come out of India this year. Zaira Wasim uses all her experience gained during Dangal to appear as the confident kid who has planned her future despite being in school. Meghna Mishra as her voice makes her presence felt and it is hard to separate the two while listening to the songs. Meher Vij is outstanding as a mother (for the second time since Bajrangi Bhaijan) and gives a performance that depicts the reality of housewives in this part of the world. Raj Arjun as the always-angry father must be commended for making the audience hate him wholeheartedly. The film might leave you teary-eyed for its closer-to-reality performances, and ranks amongst Aamir Khan’s best.

- Omair Alavi is a freelance journalist who tweets @omair78 and can be contacted at omair78@gmail.com

Where do we go from here?