Exit polls - the next big thing!

The recent experience of conducting exit polls in the by-elections for two National Assembly constituencies has yielded encouraging results, giving hope that the trend would further pick up in the 2018 general elections 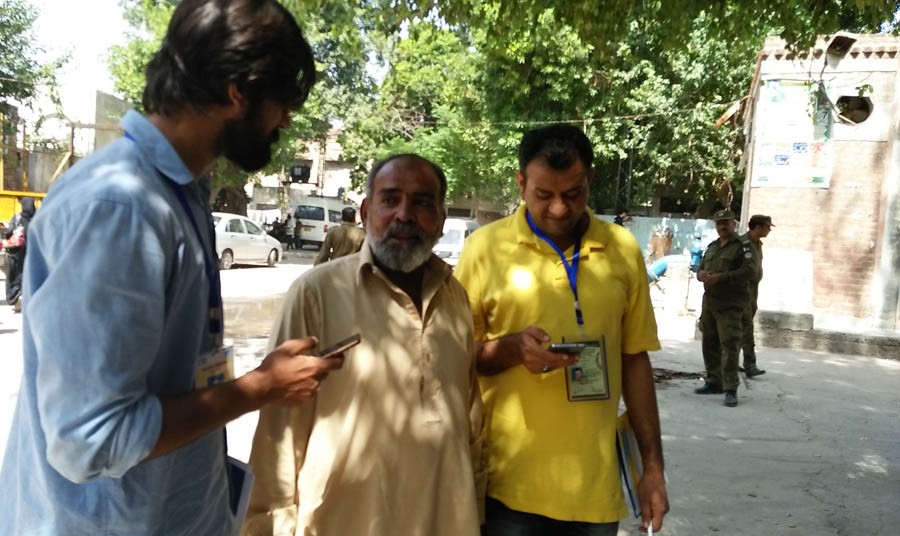 Exit polls have become part and parcel of elections in most of the developed countries, as well as in the neighbouring India. Since the late 1960s, when exit polls were first introduced, pollsters -- usually private companies or research institutions working for or in collaboration with media groups -- have been giving an early indication as to how an election has turned out because, in many cases, the actual result may take hours or even days to count. On the other hand, Pakistan is still grappling with the concept of exit polls though a few concrete steps have been taken in this direction in the recent past.

Opposed to opinion polls, which are pre-election surveys to gather potential voters’ views on a range of issues, exit polls are sample survey of people after they have voted, as they leave their polling stations. Conducted to assess the support for political parties and their candidates, exit polls’ results are announced after the polling time ends so that any remaining voters are not unduly influenced. It should be stressed, though, that the results of exit polls are not certainties -- surprises can occur that contradict the trend since exit polls simply offer a glimpse into the mind of the voters.

In Pakistan’s context, exit polls are particularly important since historically they have been used as a check on election fraud. If the sample size of an exit poll is large and truly reflective of the constituents’ demographics, a huge gap between its results and the official results may put a big question mark on the credibility of elections. This provides all the more reason to focus on exit polls in the 2018 general elections.

The voters in Pakistan have as yet not realised the importance of exit polls, so their cooperation with enumerators was lacking. Further, the security staff deputed at polling stations was not aware of the importance of the exercise and created hindrances.

The recent experience, albeit limited, of conducting exit polls in Pakistan shows how effective they could be in determining the ultimate winner and runners-up, as well as in indicating the preference of the voters along the lines of age, gender, education and profession. The Coalition for Elections and Democracy (CED) conducted the exit poll exercise in the two recent most by-elections for National Assembly constituencies -- NA-120 (Lahore-III) and NA-4 (Peshawar-IV) -- and the majority of its findings were vindicated by the official results.

Amer Ejaz, the brains behind CED, believes that an exit poll is an important tool to gauge how free, fair and transparent the elections are. "The results of an exit poll complement the results of parallel vote tabulation. If the two results validate each other, we can have a fair idea about the legitimacy of election results," he adds.

In both NA-120 and NA-4, CED’s target sample size for the exit poll exercise was 2,000 voters. In the former, 1,433 (796 men, 633 women and 4 transgender) of these answered the questions (gender, for which party did they vote, age, educational qualification and profession) put to them, while the remaining 577 declined. CED observers interviewed the voters at 55 sampled polling stations (25 per cent) of a total of 220 as per a pre-defined methodology.

As per the results of the exit poll exercise conducted by CED in NA-120, announced within half-an-hour after the polling ended, Pakistan Muslim League-Nawaz (PML-N) candidate Kulsoom Nawaz was expected to win with 46 per cent of the total votes cast; while her closest rival, Yasmin Rashid of the Pakistan Tehreek-e-Insaf (PTI), was predicted to bag 40 per cent of the votes.

The official results for this constituency reflected a similar trend. Kulsoom Nawaz won with 49 per cent of the total votes, while Yasmin Rashid bagged 37 per cent. The slight variation can be attributed to the challenge of respondent veracity or what has come to be known as ‘Shy Tory’ problem since 1992, whereby voters of a particular political party -- in this case, the PML-N -- either abstain from the exit poll or choose not to faithfully disclose for whom they have voted.

The same can be said about the voters of extreme right-wing parties such as the Tehreek Labaik Ya Rasool Allah and Milli Muslim League, whose candidates stood third and fourth with almost 7 per cent and 5 per cent of the total votes cast, respectively, though this was not reflected in the exit poll results. At the other end of the extreme, the PTI and the Jamaat-e-Islami (JI) voters were the most vocal in professing support for their party.

In NA-4, CED slightly revised its exit poll strategy to solicit responses from maximum number of voters, thus it was able to interview 1,742 (1,251 men and 491 women) respondents at 40 sampled polling stations (15 per cent) of a total of 269, while only 258 declined to answer. As per the results of the exit poll exercise, PTI candidate Arbab Amer Ayub was expected to sail through with 43 per cent of the total votes; while his closest rival, Khushdil Khan of the Awami National Party (ANP) was predicted to bag just 21 per cent of the votes, followed by Nasir Khan Musazai of the PML-N with 16 per cent votes, Asad Gulzar of the Pakistan People’s Party (PPP) with 9 per cent votes and Wasil Farooq of the JI with 8 per cent votes.

Although the PTI candidate comfortably won the election with 35 per cent of the total votes, his margin of victory was not as convincing as had been predicted by the CED exit poll. Interestingly, the ANP candidate who came second also got less votes (19 per cent) than the results of the exit poll had predicted. On the other hand, the PML-N and the PPP candidates got a larger percentage of the votes (19% and 10%, respectively) than anticipated, once again highlighting the ‘Shy Tory’ problem, which is understandable considering the country’s political context. Similarly, once again, the candidate of the Tehreek Labaik Ya Rasool Allah got almost 8% of the votes though the trend was not reflected in the exit poll.

The CED’s experience of conducting exit polls also shows that the selection of sample polling stations should be done with utmost care. For instance, they should not lie in the native areas or traditional strongholds of any of the major candidates; otherwise, the results will be skewed in his or her favour, as happened in the case of the JI candidate in NA-4. Also, exit polls are all about timely delivery of results and analysis and only the use of appropriate technology like mobile-based applications can make this possible.

"The voters in Pakistan have as yet not realised the importance of exit polls, so their cooperation with enumerators was lacking. Further, the security staff deputed at polling stations was not aware of the importance of the exercise and created hindrances. The Election Commission of Pakistan should recognise exit poll as an important tool of election monitoring and include it in election observation section of the Elections Bill, 2017; while civil society and NGOs should launch a nationwide exit poll exercise with the support of donors ahead of the 2018 general elections," Amer Ejaz says.

Exit polls - the next big thing!