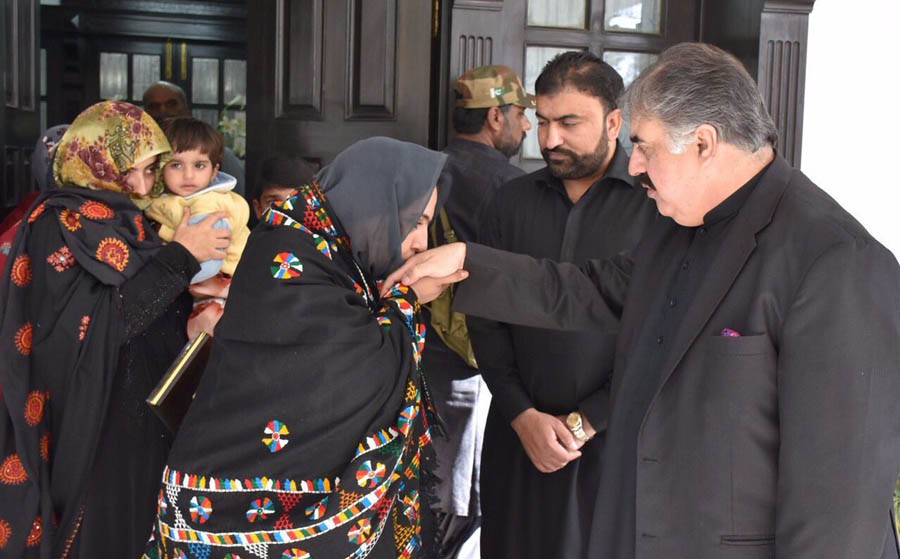 As trees have seeds and mushrooms spores to grow from, similarly movements whether political or armed have historical seeds; movements do not happen without a reason. The Irish Republic is said to be the result of British callousness during the Irish Famine of 1845-1852; Bangladesh the result of Mohammad Ali Jinnah’s March 21, 1948 Dhaka speech about Urdu and then the continued injustices.

Balochistan issue arose when Khan of Kalat was forced to sign the instrument of accession on March 27, 1948. The soil for these seeds are people who are historically conscious of their political and social rights.

The Baloch struggle for their rights has simmered since, and has now and then boiled over into open armed insurgencies. These didn’t succeed in their aims but at the same time Pakistan, despite the use of military might was unable to crush the Baloch resistance.

The presence of BLA outside Pakistan is again based on conjectures as no one has ever come forward to claim its leadership. However, the West has a large Baloch Diaspora and they arrange conferences and rallies in support for a free Balochistan and Baloch rights.

The Baloch insurgencies of 1948 and 1958 were spontaneous and short lived. The credit for organised and sustained armed struggle for Baloch rights goes to Mir Sher Mohammad Marri respectfully called Babu (Uncle) by Marris; media often called him General Sherov to imply he served Russian interests. It was he who with the support of Nawab Khair Bakhsh Marri established the first Farrari camps in 1962 to challenge the might of Pakistan in an organised manner. Babu left the mountains in 1969 when Yaha Khan took over, an amnesty was announced and One Unit dissolved.

The formation of Baloch Peoples’ Liberation Front (BPLF) during the 1973-1977 army operations in Balochistan during Zulfikar Ali Bhutto’s rule was possible because of the Farrari camps established by Babu. Incidentally, the 1973 insurgency was the first sustained armed conflict between Baloch and Pakistan, fought to a stalemate which saw heavy casualties on both sides. The confrontation between Baloch and Pakistan after cessation of military operations in 1977 didn’t die out, though on surface there was calm. A large number of Marris had migrated to Afghanistan and Nawab Khair Bakhsh went there in December 1981.

When Nawab Sahib and Marri refugees returned from Afghanistan in 1992 after Dr. Najeebullah’s ouster a change was seen and even his sons, despite his displeasure, became ministers in the Balochistan government. This period of ambiguity of acceptance and cooperation continued till Pervez Musharraf assumed power in 1999.

In January 2000, Nawab Khair Bakhsh was incarcerated on false charges of killing Justice Mohammad Nawaz Marri and that ended the ambiguity which had cast its shadow over Baloch aspirations and struggle because his arrest proved that the establishment would never reconcile with the Baloch. The repression was then re-launched against the Baloch and the dormant resentment at the historical injustices was rekindled.

Mir Balach Marri, son of Nawab Khair Bakhsh, won the October 2002 provincial elections from Kohlu and created a furor by taking oath in Balochi and swearing loyalty to Balochistan. Knowing that the assembly was powerless, he went to the Marri hills to struggle for Baloch rights.

The Baloch Liberation Army (BLA) was formed during this period to resist the intensified state repression; violence of the victims against state violence. The Baloch Liberation Front (BLF) of Dr Allah Nazar was also formed around that time and it was on May 2, 2004 that three Chinese engineers working on Gwadar port were killed and the BLF owned it. The Baloch Republican Army (BRA) was formed when confrontation between Nawab Akbar Khan Bugti and establishment began in 2004. The Baloch resistance had come a long way from 1948. Unsurprisingly, these militant organisations consider the Baloch political parties supporting Pakistan as traitors.

The then interior minister Aftab Ahmed Khan Sherpao on January 31, 2005 admitted that since 2003, 1,529 rockets had been fired and 113 bombs exploded in Quetta, Sui, Kohlu and Gwadar; later he admitted 4000 Baloch were detained. These figures indicate how active BLA, BLF and BRA were.

The Baloch resistance continued to intensify and so much so that when Musharraf visited Kohlu in December 2005, rockets were fired by the BLA at that gathering. Nawab Khair Bakhsh told me once that Balach had asked if they had done the right thing to which he was asked, "Why did you miss?" It is beyond doubt that Balach Marri led the BLA till his death on November 21, 2007; however one shouldn’t surmise who the BLA is being led by now because even conjectures can put a burden on the names named thus.

The structure of an armed organisation fighting a standing army out of necessity is fluid as they are always on move and their situation always tenuous. Like the BPLF of past, the BLA and others have educated persons as well as tribesmen among their fighters. From my experience of BPLF, I can say that on ground there is an overall commander and then area commanders who lead fighters in different areas. These groups are hardly at a place for a few days; their mobility helps them evade detection and also gives them the element of surprise. For instance, in November 2005 a hundred BLA fighters attacked Bolan Mining Enterprise extracting iron ore in the Dilband area of Mastung and destroyed its Rs50-60 million worth machinery.

Surprisingly, in September 2008 out of blue the BLA, the BLF and the BRA announced a unilateral ceasefire; probably hoping that the new PPP government would change tack and not repeat the 1973 mistakes; then disheartened at lack of response they announced the end of ceasefire in January 2009.

It wouldn’t be out of place to mention that it was under this PPP government that the abhorrent systematic ‘kill and dump’ policy was initiated and its first victims were Ghulam Mohammad Baloch, President Baloch Nation National Movement (BNM), Lala Muneer, Vice-President BNM and Sher Mohammad Baloch, Deputy Secretary General of Baloch Republican Party (BRP), who were abducted from the office of lawyer Kachkol Ali on April 3, 2009 and their mutilated bodies found on April 9at Murghaap near Turbat. This grisly policy was then intensified and now continues in form of fake ‘encounters’.

The presence of BLA outside Pakistan is again based on conjectures as no one has ever come forward to claim its leadership. However, the West has a large Baloch Diaspora and they arrange conferences and rallies in support for a free Balochistan and Baloch rights. Recently #FreeBalochistan posters appeared on taxis in London and Pakistan officially protested. These were then removed as Transporters for London said these violated rules. However, now billboards of #FreeBalochistan have been put up on roads there. Oddly Pakistan panics and over reacts at posters of #FreeBalochistan’ in the West.

Dr Allah Nazar has remained in news since he formed the Baloch Students Organization (Azad) -- it was proscribed by Pakistan in March 2013 -- which struggles for Baloch rights and has borne the brunt of state repression. He was arrested in March 2005 from Karachi while meeting former BSO comrades; barely alive after severe torture he was shifted to hospital in August 2006 and once well enough he took to the mountains and continues to fight. The BLF not only fights the army but also battles state’s fundamentalist armed proxy groups in Awaran. In September 2015, Balochistan home minister wrongly claimed that Allah Nazar had been killed.

Two weeks back there was the sensational news of Allah Nazar’s wife and Aslam Baloch’s (of BLA) sister being arrested. The government claimed they were arrested from Chaman but Senator Jehanzeb Jamaldini told Senate that an entire neighbourhood witnessed their arrest in Quetta. The government had presumed that the Baloch are sensitive about families and it could pressurise him but was disappointed and released them.

Dr Allah Nazar’s brothers and his cousins have been killed in army operations in his home region of Awaran, but he refuses to give up the fight and is considered a grave threat to the CPEC and the Chinese personnel who will come. A Special Security Division has been created and expansion of Civil Armed Forces is underway. Also residency permits and fencing of Gwadar are under consideration to protect Chinese.

The state’s distrust of the people, their repression and the consequent internal displacement has not stopped the people from supporting the groups that they think are fighting for their salvation. It is because of this support that despite the oft repeated claims by the government and army that the Baloch insurgency has been crushed the Baloch armed resistance refuses to buckle under the might of the state.