A brand new eatery in DHA, Noshakh offers the best of Afghani cuisine 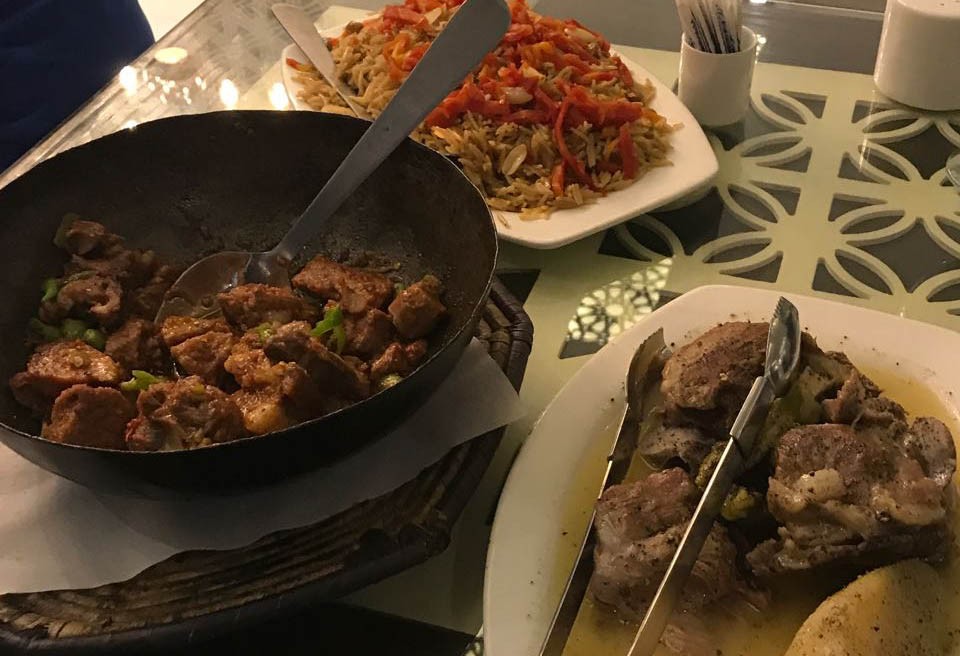 It isn’t common for a Lahori to have a craving for traditional Afghani food. I too wouldn’t be too keen on trying it, if it wasn’t for the strong recommendation of a few people around me. Eventually, I was intrigued to check out Noshakh, a brand new place in Phase IV, DHA, offering Shinwari cuisine.

Owned by Mohammad Raza, who has been in the food business for a good few years now -- his last project was the eatery called Khyber, Noshakh is fast popularising the traditional cuisine of tribal North. "Shinwari [food] has a niche market in Lahore," he tells TNS, "mainly because it’s considered healthy; it doesn’t make use of spices or grease excessively, as is the practice in our typical Lahori foods."

It is believed that Afghani cuisine gets its authentic flavour from the way the meat is cut and cooked. As Raza puts it, "There are no two ways about it; we have to tackle meat in a special way. It would become dry if overcooked; conversely, an undercooked dish loses its appeal. That’s the tricky part."

It is believed that Afghani cuisine gets its authentic flavour from the way the meat is cut and cooked.

The technique, employed by an army of trained chefs Raza has got from Peshawar, is everything: "We receive a fresh carcass of the animal on a daily basis, and cut it in a specific way. We do not preserve the meat in the freezers; we use it over the day. That way its freshness is retained."

When I visited the place, it was bustling with people. I found the two-storey outlet quite traditional in terms of its use of Swati furniture, wooden block tiles, and a life-size painting of men enjoying a game of buzkash (derived from "Buzkashi," a sport in the Central Asian region in which "horse-mounted players attempt to place a goat or calf carcass in a goal") adorns the front side wall. The use of Mughal jaali (or net) adds a certain romance to the whole ambience.

The true Afghan flavour hits you as soon as the items approach your table. That’s precisely what I experienced at the time. Each morsel of food was moist with the goodness of natural fat cooked without a drop of water. This, we were told, makes each cubed piece tender and full of its own juice that is released by the melting of fat.

The BBQ items are skewed on coals with salt as the main ingredient. According to Raza, "We’ve reduced the amount of salt here, though the original recipes are high on them."

The side serving of kabuli chutni, served in ample quantity, is supposed to be taken alongside the BBQ items. It’s made with smoked tomatoes and helps in digesting the meat when eaten with Kandhari naans which come in gigantic sizes. There are Uzbeki, shehnshahi, and tandoori parathas too but the dried food items are best eaten on their own. The kabuli palao is a must-have rice dish topped with carrots, sultanas, almonds, and cashews. It’s a rich concoction of flavourful ingredients. There isn’t much for the vegetarians except makhni daal and the mid-eastern fatoosh, humus, and mutabal.

Don’t underestimate the scrumptious chapli kebabs. For me, this is the ‘star dish’ in the entire menu. As we munched on this, we were served with rosh (or dumpukht) that brought the complete taste of meat. Thankfully, there was none of the red chilies to burn our taste palettes, nor excessive oil. It was done well with lamb broth (yakhni) and cooked over slow heat.

We had a fulfilling meal, followed by Peshawari kehwa that we needed badly to wash everything down.