The laws in practice 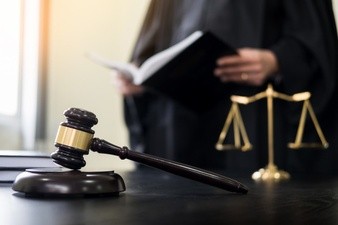 Harvey Weinstein and the doctor who treated Sharmeen Obaid-Chinoy’s sister have discernibly little in common. One represents the entrenchment of decades of sexism and sexual violation in Hollywood, sustained by the combination of fame, money, and the resourcefulness of lawyers proficient in the art of obtaining settlements and drafting non-disclosure agreements. The other is emblematic of a subtler problem: the blurring of ethical and professional boundaries when a doctor utilises a patient’s personal details, obtained directly as a result of his professional relationship with her, to seek her out in the cyber realm.

It is the divergent responses to these two strands, however, that require deconstruction. While the former was heralded as the demolition of a regime designed to protect the most powerful perpetrators, propelling a global conversation about sexual harassment, the latter has brought out the deeply-embedded patriarchal biases that plague our local context, making it impossible to have a nuanced discussion. On one end, there are those who are dismissive, asserting, categorically or implicitly, that harassment must correspond to a prescribed mould in order to warrant censure. On the other, there are those who believe that there can be no objective criterion for harassment -- it must be determined by the distinct experiences of those who are subjected to it.

According to Waqqas Mir, "No one should doubt the actual experience of harassment that an individual goes through -- but what the individual in question felt at the time cannot be the only legal standard."

In the midst of this polarisation, it becomes necessary to examine the efficacy of existing legal safeguards against harassment in Pakistan. In doing so, we must analyse the flaws inherent in the definition of harassment, as it is envisaged by the legal framework, as well as the intrinsic challenges that hinder the implementation of various mechanisms created to protect women.

The Protection against Harassment of Women at the Workplace Act, promulgated in 2010 to create a ‘safe working environment for women’, demarcated a separate legal realm for harassment occurring in the workplace, separating it from the criminal offence of "insulting modesty or causing sexual harassment" contained in the Pakistan Penal Code.

The Act’s definition of ‘harassment’ includes "any unwelcome sexual advance" and "request for sexual favours", as well as "verbal or written communication or physical conduct of a sexual nature". However, it is not comprehensive in nature. It does not contain any guidance as to what would constitute a ‘sexual’ advance, or conduct of a ‘sexual nature’. These are vague terms which, in practice, may create ambiguity, due to differences in perception about which acts or words qualify as being ‘sexual’ in nature.

There are inherent difficulties in attempting to delineate an objective standard for what constitutes ‘harassment’. Khawar Mumtaz, Chairperson of the National Commission on the Status of Women, is cognizant of the nuances that organisations and legislators must grapple with. "Is something unethical or unprofessional harassment? Does the person who feels harassed determine that harassment occurred? These are the more ambiguous questions. There is a need to redefine codes of conduct further."

According to Waqqas Mir, a lawyer based in Lahore, there must be objectivity in determining what the burden of proof should be in cases of harassment. "No one should doubt the actual experience of harassment that an individual goes through -- but what the individual in question felt at the time cannot be the only legal standard."

Read also: A debate not a division

The Act’s definition of "workplace" must also be critically analysed to determine which potential acts fall within its scope. The "workplace" is not delineated in the Act purely in terms of a physical space -- its ambit also extends to "any situation that is linked to official work" or "official activity outside the office". However, the extent to which the realm of protection created by the Act covers employees in their interactions outside of the workplace is unclear. Would an exchange between two employees outside the office, initiated on the pretext of communication related to work, but where one employee later delves into the realm of ‘unwelcome sexual advances’ or conduct of a ‘sexual nature’, fall within the scope of the Act and place an obligation on the employer to take disciplinary action? Such questions must be conclusively answered in order to guarantee the effectiveness of safeguards for women.

The Act creates important mechanisms for complaints of harassment that fall within its sphere. Every organisation, including government ministries, corporations and educational institutions, is obligated to form an internal Inquiry Committee, which is responsible for enquiring into all complaints under the ambit of the Act. Its powers include summoning and examining any person under oath, ordering the production of any document and recording evidence. If the Committee makes a finding of guilt in a particular case, it recommends to the Competent Authority designated by the organisation the imposition of minor or major penalties against the accused, which subsequently imposes them. However, an appeal may be submitted by the aggrieved party to the Ombudsman, who may confirm, set aside or vary the decision. It is also possible for complainants to submit complaints directly before the Ombudsman, who shall subsequently conduct an inquiry into the matter. The final forum of appeal is the President or the Governor, before whom an appeal against the decision of the Ombudsman may be submitted.

Having delineated the procedures created by the 2010 Act, it is important to analyse their effectiveness in practice, which may be hindered by complex challenges.

Khawar Mumtaz feels that the Act is "one of Pakistan’s more successful laws in terms of implementation," which can be attributed to its "in-built mechanisms of enforcement".

However, it is these mechanisms that also attract criticism on a broader level. One school of thought believes that the powers given to the inquiry committees created by organisations in order to examine complaints under the Act fall within the realm of judicial powers. According to Waqqas Mir, "The combination of the Inquiry Committee and the Competent Authority exercises judicial powers -- they become triers of fact and apply the legal standard on whether to punish somebody or not, determining the consequence that is to follow. The employer then has the power to enforce those penalties."

This raises an important point of law: can the legislature grant judicial powers to these committees? Is such a delegation constitutionally sustainable?

"It’s a question of delegated authority," says Zainab Z. Malik, a lawyer who is currently working for Justice Project Pakistan. "If there is a supervening legislation in place, this authority can be delegated to executive bodies."

Mir, however, disagrees, "Based on Pakistani case law pertaining to judicial power, I do think it is unconstitutional. The state has effectively granted judicial powers to private actors, in the absence of any stipulation for them to undergo legal training. There is an excessive delegation of power to people who have no constitutional authority to punish somebody."

The exclusion of the judiciary from the hierarchy created by the Act is also a problematic aspect, prompting a wider discussion about whether the Act circumvents due process. There is no judicial oversight at any stage in the procedure for complaints established under the Act -- appeals against the decisions of the Inquiry Committee established by the institution can only be made to the Ombudsman, or subsequently, to the President or the Governor, all non-judicial forums.

A related strand in the discourse on due process is the awarding of proportionate punishment. The 2010 Act stipulates both "major" and "minor" penalties that may be awarded by the Inquiry Committee, ranging from censure and the payment of a fine to removal from service. However, the Act fails to provide any guidance for the Inquiry Committee and the Ombudsman on how to determine the quantum of punishment, in the event that guilt is determined.

According to Asad Jamal, a human rights lawyer, "There is no understanding of how to use the powers to penalise the accused, as there is a lack of jurisprudence available on this in Pakistan. Additionally, the Inquiry Committee and the Ombudsman are not provided with any assistance in this regard." According to Mir, the situation is exacerbated by the lack of legal training of those who comprise these committees.

This may lead to arbitrary outcomes, with individuals being given harsher penalties than are warranted, contravening the principle of fairness.

On another level, it is also necessary to analyse the possibility of defamation notices being filed against those women who make complaints of sexual harassment. This was evidenced in February 2017, when two female anchors, Tanzeela Mazhar and Yashfeen Jamal, filed a complaint against PTV’s current affairs director, Agha Masood Shorish. The accused, in turn, filed a defamation suit against the two anchors.

Section 499 of the Pakistan Penal Code defines defamation as any "imputation" verbal or written, concerning an individual, made with the intention of harming, or "knowing or having reason to believe" that it would harm the individual’s "reputation". A complaint of sexual harassment made under the 2010 Act may fall within its scope as such a complaint would almost certainly harm the ‘reputation’ of the accused. According to Mir, in cases of harassment where such defamation notices are filed against women, they effectively open the proceedings up to public scrutiny, despite the stipulation in the Act that proceedings shall be confidential.

This effectively undermines a key safeguard in the Act designed to encourage women to report harassment. It is necessary to grapple with this intrinsic flaw in order to prevent victims of harassment being deterred from making complaints against the perpetrators. "Our defamation laws must be developed in order to provide specific protection for complainants alleging harassment -- it is necessary to ensure that people are protected," says Zainab Z. Malik.

Ultimately, the flaws and inadequacies, both substantive and procedural, in the existing laws against harassment must be resolved in order to create concrete safeguards for victims of harassment, as well as ensure the principles of fairness and due process are fulfilled, so as not to disadvantage those accused of harassment. According to Mir, "Workplace harassment is enabled because there are weak laws in place. If a law fails to respect due process, this undermines the authority of state and the authority of the law, as well as the general cause of gender equality in the workplace. This conversation needs to happen."

The laws in practice