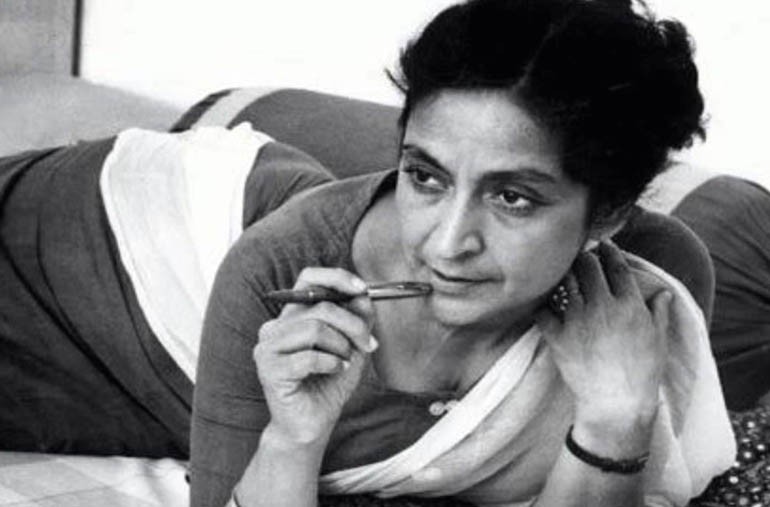 There is no doubt that Amrita Pritam was the greatest Punjabi writer of twentieth century who inspired generations of writers. Being a woman, she was able to carve out her status in the field of literature in a male-dominated society of mid last century. Till now, no other writer of Punjabi has surpassed her.

Amirta Pritam International Conference was held at Lahore on October 31, 2017 to mark her 12th death anniversary. The event was organised by World Punjabi Congress (WPC). The invitation also included names of Indian guests but they could not make it due to reasons better known to the organisers and government of Pakistan.

There were two sessions of the day -- pre-lunch and post-lunch. The first session was presided over by great fiction writer, Mustansar Hussain Tarar, and chief guest was author Prof. Dr. Ishtiaq Ahmed (Sweden).

Tarar said he did not meet Amrita Pritam in his life although they would exchange letters. They had such frank relations that she would comment on the overtone/undertone of religion in his novels and in return he would pass remarks about Guru and Kirpan in Amrita’s writings.

Tarar recalled at the time of partition he was six years old and saw the first dead body at that time. "We should leave the past behind and look forward. Discussing the partition again and again would open wounds and breed hatred."

He said Nasser Kawi, a poet from Punjab, wrote a poem on Amrita which was printed in a book on Jhelum. He was also author of a popular slogan "Har Ghar say Bhutto Niklay Ga Tum Kitnay Bhutto Maro Gay".

He recited the poem of Nasser Kawi.

Professor Dr Ishtiaq Ahmed, in his address, said he has taken account of Amrita’s epic poem in his book. He met Amrita in 1990. He observed a lot had been written in prose on partition but he could not find much in poetry except Amrita’s epic poem Aj Akhaaan. He wanted to know the reason for it.

While opening the conference, Fakhar Zaman said when he was chairman of Academy of Letters, he had published a 1200-page book on Amrita Pritam despite opposition from Pakistani bureaucrats. He appealed to the participants to buy that book to provide financial help to the organisers.

After the introductory session, some superb and exhaustive documentaries on Amrita were shown covering all aspects of her life. Besides depicting her as a great writer, she was also shown as a grandmother and a woman working in kitchen, her affairs with Sahir Ludhianvi and Imroz.

Qazi Javed in his speech talked about Gujranwala but there was no mention of Amrita Pritam in it. Besides that Neelum Ahmad Bashir, Ilyas Ghumman, Asim Butt (Resident Director PAL, Lahore) Mudassar Butt, Editor of Punjabi daily Phulekha, Parween Malik, Dr Sughra Sadaf, Director, Punjab Institute of Languages and Culture (PILAC), also paid tributes to Amrita. Dr Sughra Sadaf said PILAC would soon have its offices at Multan and Pindi. PILAC had awarded Rs1.5 million scholarships and grants to students of Punjabi literature and works.

She said PILAC would be holding International Punjabi Conference in November. She expected that the Punjab government would adopt Punjabi as medium of instruction at primary level next year. She said Amrita Pritam was a born rebel who protested against the discrimination against non-Sikh and lower caste at her home.

Fakhar Zaman, in his concluding remarks, said that Indians have totally ignored Amrita Pritam as there was a single-column news of her death. He said he used to have close interaction with Amrita and would also stay at her home. She also published his two works ‘Bandiwan and Baywatana’. He said it was only Dr SS Noor who wrote about Amrita. He said it was shameful that her house ‘25-K Hauze Khas’, Delhi has been demolished.

Demanding that MA Punjabi should include a paper on Amrita Pritam’s works in both Punjabs, he said literature has no boundaries, religion and ethnicity. He announced that the next World Punjabi Conference would be about the great Punjabi poet Shiv Kumar Batalvi.

Zaman said the biggest enemy of Punjabi language is the Punjabi elite. He said he had written letters to Members of Punjab Assembly to speak in Punjabi in the Punjab Assembly, but in vain. He observed that good films have been produced in Punjabi recently in East Punjab.

Ch. Saeed Ahmad, former bureaucrat and president of WPC, read declaration of the conference in Urdu. The declaration urged India and Pakistan to resolve their disputes through talks. "Punjabi universities should be established in both India and Pakistan. Primary education should be imparted in all national languages. The students of Punjabi literature should learn to read and write both in Shahmukhi and Gurmukhi scripts. Men of letters should be granted multiple, long-term visas, so that they could promote peace. A road in Gujranwala should be named after Amrita," reads the declaration.

Although most of the speakers lauded the efforts of Fakhar Zaman for holding the banner of Punjabi high, some speakers did point out that WPC was holding a meeting after many years. This is legitimate criticism but one may ask the younger generation why are they not coming forward and struggling for the cause of Punjabi.