A year since Daewoo Express shifted its passenger terminal to Thokar Niaz Beg, what has the move really meant to both the service and its customers? 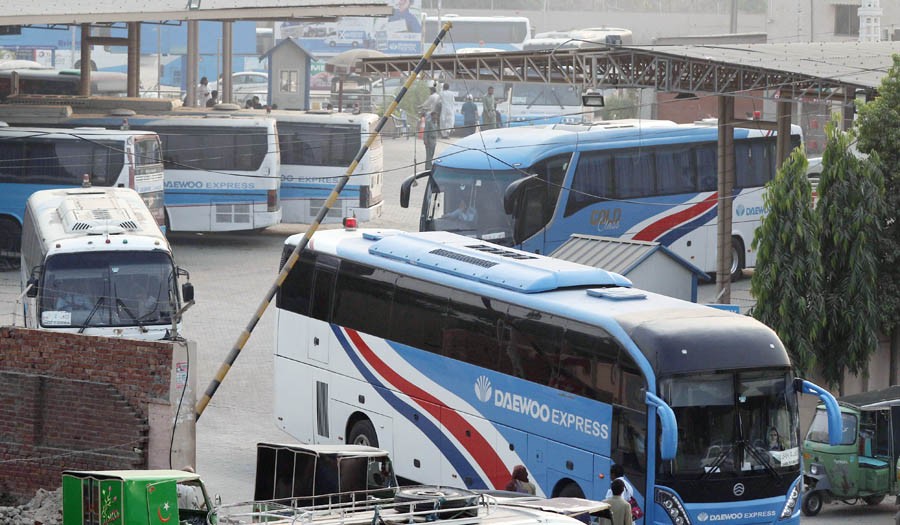 Anybody living in Lahore who commutes to and from the city with any regularity would not be surprised by accounts of outrageous delays in Daewoo Express bus schedules from last year. Departure delays, erratic travel-times, dropped buses, all were becoming increasingly frequent as the growing swell of buses and passengers overwhelmed the little station wedged in the already overcrowded Kalma Chowk.

Little is, of course, a relative term: according to one passenger, it was big enough to accommodate a group of about half a dozen men, on their way out of Lahore after an Ijtima in Raiwind, for nearly a whole night. Their bus was delayed so long, they unpacked their belongings and cooked their dinner at the station while they were waiting. The amusing visual is perhaps one of the final few memorable occurrences at the station before Daewoo Express shifted its passenger terminal to Thokar Niaz Beg, leaving only the cargo service and a shuttle stop at Kalma Chowk.

For many people living in the Defence-Cavalry stretch, the move was the proverbial last straw--it meant addition of a half-hour’s commute to the station itself and an extra 300 rupees to the cab fare. Or, alternatively, the extra effort of boarding and un-boarding the shuttle that now ran between the old station and the new.

Despite the move to Thokar, Daewoo seems to have maintained that portion of its clientele to whom the value of travelling with them is greater than the extra time or cost it takes to go to Thokar.

Of course, this apparently inconvenienced area houses only a small proportion of Lahore’s growing population, and if Thokar put certain destinations further out of reach, the DHA station -- inaugurated in late 2015 -- brought some of them closer. The question that emerges about half a year since the move, then, is of what the change has really meant to both the service and its customers.

The shift itself was a long time coming: a necessary response to the Regional Transport Authority’s edict that all inter-city bus stations be moved to Lahore’s peripheries to help alleviate worsening traffic conditions in the city. A Daewoo Express employee, who wished to remain anonymous, confirmed that the presence of the station was becoming problematic, in part due to the large buses, but also because of the constant loitering of cabs and rickshaws at the entrance of the station, eager to pick up passengers themselves. He said that the space was too constricted, and it was becoming difficult for the station to run at its usual standard of efficiency, and since the move to Thokar, operations have been smoother and more effective. He also asserted that the greatest proportion of passengers from Lahore were going to Multan, Faisalabad, and Rawalpindi -- three destinations that are catered to by the DHA station, apparently countering some of the fallout from those portions of Lahore that are significantly further from Thokar.

Interestingly, while Daewoo is the only bus company with a station at Thokar, its competitors have been running their stations on Bund Road -- just as much the outskirts of the city -- for some time now. That being the case, it would seem that Daewoo would not have much to fear from rival bus companies.

However, the Bund Road stations are eminently more accessible than the Daewoo Express: Rs30 by Qingqi from Ferozepur Road, as opposed to the Rs300 a rickshaw would charge you to Thokar.

Public conveyance in the form of rickshaws, qingqis, and coaches appears to be abundant on Bund Road in any case, according to Asif, a driver employed in Cantt, who lives in a colony near the airport. Asif has stopped using Daewoo since the move, and now prefers to travel between Lahore and Peshawar by Bilal Daewoo. "The bus is just the same, but cheaper," he says. "Besides, I can get a ride straight home at any time. From Thokar, it’s impossible to find a rickshaw, and at night you have to wait for the shuttle and then find transport at Kalma. It’s just not worth it."

For passengers like Asif, the extra time and cost involved in transport to and from the station is too significant to remain with Daewoo after the move. However, Daewoo’s profile would suggest that their priority customers are from slightly different demographics. By situating itself significantly away from the more convenient location of the other stations, Daewoo maintains its services as distinct from theirs. A staff member intimated that there are over 50,000 Daewoo Miles members, and these tend to be clients that travel every week -- businessmen, university students, women and children travelling without male company.

Casual conversation with tellers, drivers, and hostesses reveals that they pride themselves on offering a premium service: trained staff, packaged food, a cushion in every seat.

Despite the move to Thokar, Daewoo seems to have maintained that portion of its clientele to whom the value of travelling with them is greater than the extra time or cost it takes to go to Thokar. With the DHA station steadily expanding its operations, it has a secure base of customers who travel to the places it entertains. But more importantly, the company continues to capitalise on its premium image: it has a moderately expensive cab service; its stations are outfitted with coffee vendors and shops; the tickets have a detachable boarding pass; baggage is tagged; and there’s a loyalty programme complete with an app. All these trappings of sophistication project an air of reliability combined with luxury that make for the loyalty of their primary customer base.

Although many of the other bus services have ostensibly the same features, Daewoo has maintained its image around them. This has meant that even after the move to Thokar Niaz Beg, customers who associate the Express with exclusivity, security, and reliability will still go all the way there to catch a Daewoo, rather than use another service.