A new group on the rise

Tracing the formation and terror claims of Ansar-ul-Sharia Pakistan 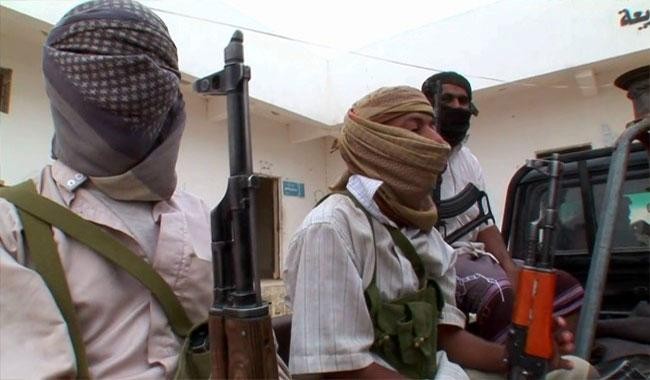 This year on April 5, a retired army colonel was shot dead near the Baloch Colony Bridge at Shahra-e-Faisal, the main artery of Karachi. Police found a pamphlet from the spot in which the responsibility of the attack was claimed by an unknown militant organisation, Ansar-ul-Sharia Pakistan (ASP).

Later, in two different incidents at Dhoraji and SITE area on May 20 and June 23 respectively, six policemen were gunned down.

The forensic examination of the bullet casings revealed that the same weapon was used in the three incidents, suggesting that the same group was involved in the killings.

The assailants threw pamphlets of ASP near the killing sites.

On June 11, the organisation issued a statement on social media, claiming the creation of a new terror outfit, ‘Jamaat Ansar-ul-Sharia Pakistan’.

According to the statement, "…Now in collaboration with the Mujahideen of other Jihadi organisations that are practically active since the initiation of Pakistan Jihad, we officially announce Jamaat Ansar-ul-Sharia Pakistan… We consider the origin of this noble act (Jihad), the ideology and philosophy of Usama Bin Ladin and Ayman-al-Zawahiri".

The statement reveals that veteran tribal militant leader Haji Mansoor Mehsud played an important role in the formation of the organisation.

At the end of June, the ASP sharia committee published ‘General Guidelines for Public’, telling people to avoid roaming around military centres and installations. The guidelines also highlighted precautionary measures to be taken by people in case of militant attacks, such as "After the blast, get away from the scene as there might be a possibility of a subsequent blast".

The group was found involved in seven terrorist incidents where policemen, employees of Federal Bureau of Revenue (FBR), a security guard and a police Razakar were killed.

The group was found involved in seven terrorist incidents where policemen, employees of Federal Bureau of Revenue (FBR), a security guard and a police Razakar were killed. The Law Enforcement Agencies (LEAs) were clueless about the attackers. Instructions were issued to policemen, particularly traffic police, to wear bulletproof vests.

On the morning of September 2, when the Pakistani nation was preparing for Eidul Azha prayers and animal sacrifices, some people in Karachi, wearing police uniforms, had plans to kill people in the city. The opposition leader of the Sindh Assembly, who is also an important leader of Muttahida Qaumi Movement (MQM) Pakistan, Khawaja Izhar-ul-Hasan, survived an assassination attempt. However his guard and a teenager lost their lives in the crossfire.

A police mobile stationed nearby chased the attackers. In the gun battle, one assailant received a bullet wound but escaped. He was later encircled by the mob and apprehended. But while shifting to the hospital, he ‘mysteriously’ expired.

Now, a highly crucial phase of the investigation kicked off and with the help of Nadra, the attacker was identified as Hassan Nazeer, a former engineering student of NED and Sir Syed University Karachi. Nazeer was working as a data lab technician at Daud Engineering University at the time.

After the police received an important tip about where Nazeer resided, they raided a house in Kaneez Fatima Society of District Malir in the early hours of September 4 from where the spokesman of the ASP, Dr Abdullah Hashmi, was taken into custody.

On the information provided by Hashmi, the security officials raided the house of Sarosh Siddiqui, another key member of the outfit, situated near Kaneez Fatima Society. But due to the ill-planning of officials of the law enforcement agencies (LEAs), Siddiqui escaped after an encounter. He was a former student of the Department of Applied Physics in the Karachi University.

On September 5, Geo News reported that Hashmi was also the head of the organisation. An official who is part of the ongoing investigation of Ansar-ul-Sharia Pakistan disclosed to The News on Sunday on the condition of anonymity, "The real name of Dr Abdullah Hashmi is Sheharyaruddin Warsi who was responsible for the selection of the targets but never participated in any assault. He [Warsi] didn’t resist at all and was ready to cooperate after getting assurance that he would not be killed."

Warsi revealed to the investigators that the death squad of Ansar-ul-Sharia Pakistan comprised of four men -- Danish Rasheed, Sarosh Siddiqui, Muzammil Ali Junaidi and Hassan Nazeer. Two of them were assigned to shoot, one was tasked to make videos of the attack and the last one was responsible for providing backup to the rest of them. The investigators recovered videos of all terror attacks carried out by the group.

A forensic examination of Warsi’s laptop provided an important lead that connects him to the members of the proscribed organisation.

Another security official, not wanting to be named because of the sensitivity of the subject, claims, "Major attacks in Pakistan were carried out in Karachi during 2014 and the head of the ASP was in contact with some of the team members…"

The LEAs confiscated a few laptops from Sarosh Siddiqui’s house and their forensic examination suggests that he had developed a software ‘AM’ to change IP addresses and to tamper with IMEI (international mobile equipment identity). The evidence collected from his house also showed that the upper portion of the house was the headquarters of the ASP.

An officer whose team participated in the raid at Sarosh Siddiqui’s house says, "His father misled the security officials, saying that he had gone to offer prayers in a nearby mosque. But Siddiqui was present upstairs. When a police team moved to the upper portion of the house for search, Sarosh opened fire; one policeman was killed and another injured. An intelligence agency official also received bullet wounds. Sarosh Siddiqui also attacked a bulletproof vehicle of the officials and took away an AK-47 rifle.

During the course of investigation it was unearthed that as a member of Jaish-e-Mohammad (JeM) Sarosh Siddiqui, Sheharyaruddin Warsi and Muzammil Ali Junaidi went to Afghanistan in 2015 and received militant training at Baramcha under the aegis of al-Qaeda. On their return to Karachi, a clash erupted with JeM activists in the Orangi Town area of District West where Sarosh reportedly received injuries.

After landing back in Pakistan, these people formed the ASP in 2016.

An investigator who is privy to the ASP-related developments, claims, "According to ASP militants, there were at least five reasons that led them to establish this group. They include Pakistan’s foreign policy, Pakistan Army’s stand on Dr Afia Siddiqui’s imprisonment in the US and the departure of Shia men to Syria."

The group had 8-10 boys. Except Sarosh Siddiqui, all the key members have been arrested. Another important member of the gang, Danish Rasheed, returned to Pakistan after completing his studies at the Anglia Ruskin University, UK. His father, Dr Abdul Rasheed has served as the Dean of Department of Islamic Studies.

Dr Abdul Rasheed was once nominated in an FIR by the university professor, Dr Shakeel Auj who was later killed.

According to the FIR lodged with Mubina Town police station on November 5, 2012, Dr Auj had stated, "Dr Rasheed along with others is inciting people to kill me on the pretext of a fake fatwa."

The accused were arrested but were later released due to complexities in the Cyber Crime Law.

On July 12, 2017, the Counter Terrorism Department (CTD) of Sindh organised a conference at the Central Police Office, Karachi, where leading academics of various Sindh varsities, including private and public sectors, concluded that the next generation of militants is more likely to have university than madrassa education.

The recent case of the ASP lends credence to this theory.

Ansar-ul-Sharia (AS) was initially formed in Tunisia by a Tunisian born Saifullah Bin Hussaini alias Abu Lehad Al Tunisi in April 2011, according to foreign media. He joined al-Qaeda in the 1990s. At one point, Hussaini was considered to be one of the closest commanders of Osama Bin Ladin. In 2001, he fought alongside Bin Ladin at Tora Bora in Afghanistan, where he formed his own Tunisian Combat Group (TCG). From there, he escaped to Pakistan, where he stayed for a while and then moved to Turkey.

He was arrested in Turkey, extradited to Tunisia in 2003 and imprisoned there for terrorist activities.

During the Arab Spring in 2011, the then Tunisian government released hundreds of prisoners -- Hussaini was among them. He had already organised his group while he was behind bars. As soon as he stepped out of prison, he formed a new organisation -- the Ansar-ul-Sharia Tunisia (AST).

He later escaped to Libya and founded Ansar-ul-Sharia Libya.

It is believed that the September 2012 Benghazi attack on the US consulate that killed Ambassador Chris Stevens, was executed by Ansar Al Sharia Libya.

Now, the organisation is also operating in Yemen and has claimed some major terrorist attacks. There are reports that he provided two suicide bombers that targeted Afghanistan’s Northern Alliance key commander, Ahmed Shah Mehsud in September 2001.

In June 2015, Saifullah Bin Hussaini was killed in a United States airstrike in Libya.

In May 2016, North Atlantic Treaty Organisation (NATO) organised an Advanced Research Workshop (ARW), the topic was "Not only Syria? Foreign fighters: A threat to NATO allies and their neighbours." 12 papers were presented at the workshop held in Chisinau, Moldova. Habib M. Sayah, the head of G.U. Research, a Tunisian risk and security consultancy firm presented a paper, ‘Tunisian foreign fighters: between de-territorialisation and re-territorialisation’.

According to Sayah, "Having fled Tunisia during a repression campaign of the early 1990s, Bin Hussani studied law at the University of Oujda in Morroco before settling in the UK’s capital where he stayed for around three years.

"In London, he studied under Abu Qatada Al-Falistini, a prominent Jordanian jihadi ideologue who advised the GIA (the Algerian armed Islamic group) and had close ties with Al-Qaeda. Abu Lehad set up a guest house in Jalalabad and a training camp in Tora Bora for the creation of Tunisian Combat Group (TCG)."

A new group on the rise