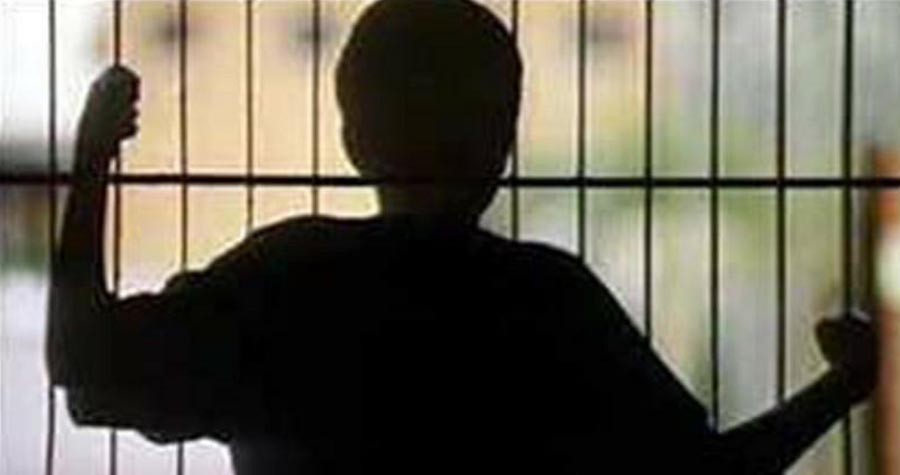 To attempt to have a nuanced discussion on the death penalty in Pakistan is to embark on the navigation of a vast, uncertain terrain, distinct in the sheer magnitude of its complexities. One must confront those who posit the existence of an inextricable link between the reinstatement of the death penalty and the aim of countering terrorism.

However, any effort to deconstruct such a conceived link must be cognizant of the myriad flaws, procedural and substantive, inherent in the existing anti-terrorism legislation that may inhibit its efficacy.

In the midst of those two opposing ends, there are those who are marginalised from the conversation and relegated to the fringes, when it is they who incur the heaviest costs.

The regressive effects of the Anti-Terrorism Act (ATA) 1997, Pakistan’s primary anti-terrorism legislation must be critically analysed. One of the most egregious violations inherent in the anti-terrorism regime created by the ATA is its infringement of the rights of juvenile offenders.

Before we can do so, it is necessary to delineate the ways in which the ATA has effectively created a separate legal realm for the offences that now fall within its exhaustive scope, including murder, kidnapping, robbery and damage to property. The ATA’s overtly broad, ambiguous definition of terrorism allows for those accused of ordinary crimes that do not correspond to the traditional conception of ‘terrorism’ to be tried under the Act, even where there is no discernible evidence of intent to coerce or intimidate the public, or create a general sense of fear and insecurity.

While a broader conversation needs to be had about reforming the ATA, the immediate focus must be on grappling with the discrepancy between the JJSO 2000 and the ATA 1997 to safeguard the rights of juvenile offenders.

Within this framework, the accused are deprived of key procedural safeguards, such as those pertaining to custody and detention -- that they would be entitled to under Pakistan’s ordinary criminal justice system. They are subject to arrest enhanced police powers during investigation and detention, including arrest without warrant, preventive detention and extended remand for up to thirty days. This increases the risk of torture to extract confessions that are ultimately admissible in court under the ATA, in contravention of the Qanun-e-Shahadat Order, 1984, under which confessional statements made in police custody are inadmissible as proof.

Such confessions may ultimately form the basis of convictions and death sentences under the ATA. The Act stipulates the death penalty for a broad range of offences such as "kidnapping for ransom", and "hijacking". In effect, this means that individuals convicted under the ATA, as opposed to being tried under the criminal justice system, are more likely to be awarded the death penalty.

In Pakistan, juvenile offenders fall within the draconian sphere created by the ATA. This contravenes Pakistan’s obligations under international law, contained in the International Covenant on Civil and Political Rights (ICCPR), which provides important safeguards for accused juveniles in order to promote their rehabilitation. The ICCPR emphasises that they should be kept separately from adult offenders and their trials expedited.

Ideally, they should not be detained before and during trial, as far as this is possible. In addition, the UN Committee on the Rights of the Child explicitly forbids the use of the death penalty and life imprisonment without the possibility of release for juvenile offenders.

Significantly, the ATA also breaches domestic legislation on the rights of juvenile offenders, the Juvenile Justice System Ordinance (JJSO), 2000. The JJSO prohibits executions of juveniles and contains key safeguards, such as separate juvenile courts, trial and detention centres from adults. However, under the status quo, there are various cases of juvenile offenders being tried and sentenced to death for offences under the ATA.

The case of Moinuddin and Muhammad Azam is a salient example. They had been involved in a fight with a man over the non-payment of a debt. Moinuddin had a pistol on his person, and in the scuffle the man had been killed. They were both tortured into confessing to the crime and were tried under the ATA.

Subsequently, despite evidence that both had been 17 years of age at the time of the alleged commission of the offence, Azam was sentenced to death. Despite being pardoned by the complainant as a result of a compromise, he remains under the threat of execution, as death sentences under the ATA are non-compoundable.

In light of such cases, it is crucial to examine the interplay between the ATA 1997 and the JJSO 2000. Are the two inherently contradictory or is it possible to read the former in conjunction with the latter to protect the rights of juveniles?

Section 14 of the JJSO states that the law does not repeal other laws but applies "in addition" to them. In contrast, section 32 of the ATA explicitly accords it an "overriding effect" over all other laws currently in force. This has created ambiguity in the application of section 4(3) of the JJSO, which grants juvenile courts "exclusive jurisdiction" to try cases in which a "child" is accused of the "commission of any offence", which would create a sphere of protection for juvenile offenders.

Due to the "overriding effect" of the ATA, its provisions are often interpreted by courts as meaning that for terrorism offences under the ATA, the Anti-Terrorism Courts possess exclusive jurisdiction, even in the case of juvenile offenders.

In the case of Qamar Hussain Shah v. The State, the court held that a juvenile charged under the ATA would be tried by the Anti-Terrorism Courts (ATC) and not by the juvenile courts. This decision confirmed the demarcation of two separate legal domains -- the effect of the JJSO could not permeate the stringent regime created by the ATA. To reiterate that these two spheres could not coalesce, even to fulfil the aim of protecting the rights of juvenile offenders, the Full Bench of the Sindh High Court ruled that the ATC would not be bound by the rules of procedures required for juvenile courts.

In effect, the overriding effect of the ATA, established in clear, unambiguous language, strips juvenile offenders tried under its jurisdiction of the safeguards accorded to them under the JJSO. While it is difficult to criticise the interpretation and application of the ATA in relation to juvenile offenders who are charged under it, we can, and indeed must, be censorious of the denial of protection to those juveniles encompassed within the Presidential Notification issued on December 13, 2001.

This Notification, which supersedes the effect of any legislation, stated that any prisoner whose death sentences had been confirmed prior to the introduction of the JJSO, but in whose cases there existed evidence that they were juveniles at the time of committing the alleged offences, should be granted a "special remission" and have their death sentences commuted, on the basis of an inquiry into their age by provincial-level executive committees. The case of Ziaullah v Najeebullah subsequently established that questions pertaining to the determination of age could only be decided by relevant Sessions courts under the JJSO.

In 2003, the Punjab Government declared in a circulated letter that all juvenile offenders were entitled to remission if their death sentences were confirmed by the High Court before December 17, 2001. The letter also included a list of juveniles incarcerated in Punjab who were entitled to this remission.

This was demonstrated in the case of Muhammad Iqbal, who was sentenced to death by an Anti-Terrorism Court, Gujranwala in 1999. Iqbal was a juvenile at the time of committing the offence, according to his birth certificate that showed him to be 14 years old. Suspecting him to be a juvenile, the prosecution ordered an ossification test to be conducted during the course of his trial. The results of the ossification test determined his age to be 16. On the basis of the available evidence, the trial court clearly mentioned in its judgment that Iqbal was a minor at the time of the occurrence. However, despite this clear and unequivocal admission, the Court sentenced him to death under the provisions of the ATA. His death sentence was upheld by a Division Bench of the Lahore High Court and a subsequent appeal was dismissed by the Supreme Court.

Similarly, in the case of Muhammad Azam, mentioned earlier, who was arrested for murder and convicted and sentenced to death by an Anti-Terrorism Court prior to the promulgation of the JJSO, there was overwhelming evidence that he had been 17 when he was first admitted into custody, delineated by his birth records and jail records. However, the request was rejected by the court on the basis that no plea of juvenility was raised during the course of the trial, and that the trial court’s mandate had expired following the conclusion of appeals.

To date, 4 out of the 28 juveniles whose names were on the list made by the Punjab Government as being entitled to remission of their death sentences have been executed. It is necessary to examine the intrinsic flaws in our criminal justice system that inhibit the practical application of the few existing safeguards for juvenile offenders. Courts’ denial of age-determination mechanisms and sentencing juvenile offenders to death despite the existence of evidence affirming their juvenility are systemic failures that have only been exacerbated in the aftermath of the ATA.

While a broader conversation needs to be had about reforming the ATA to limit its scope as well as remove the stringent measures it authorises, the immediate focus must be on grappling with the discrepancy between the JJSO 2000 and the ATA 1997 to safeguard the rights of juvenile offenders.

Such a void can only be filled by an amendment that explicitly bars the jurisdiction of Anti-Terrorism Courts over juvenile offenders regardless of the nature of their offences.