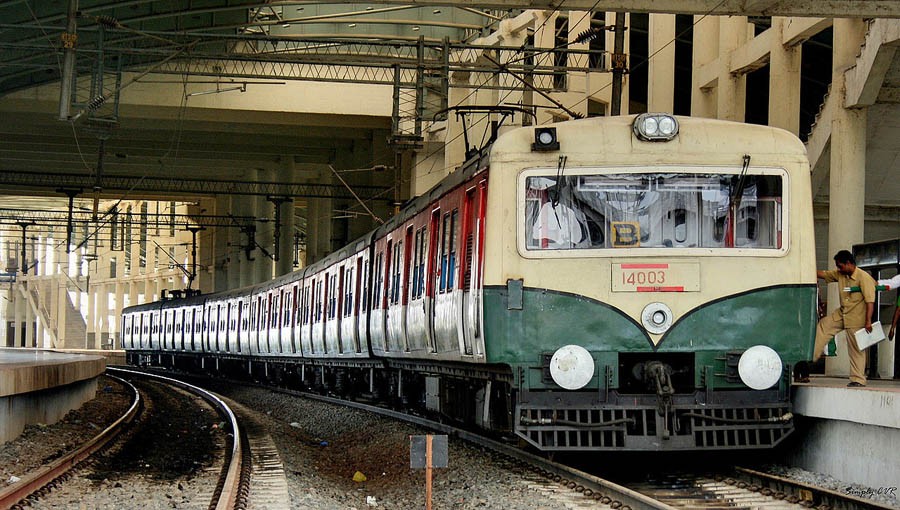 Till 1964, majority of Karachiites used buses and wagons for travelling within or surroundings of the old city areas. As areas of SITE Area, Nazimabad, North Nazimabad, North Karachi, Liaquatabad, Gulshan-e-Iqbal and Gulistan-e-Jauhar came into existence, the then president, General Ayub Khan, made a route of circular railway to facilitate residents of newly-emerged areas to travel to old city areas for jobs.

Karachi’s Circular Railway (KCR) had been a best source of transportation in the metropolis till 1980, but then it started losing popularity gradually with the arrival of public transport. With increasing public transport, people started getting pick and drop services at their doorsteps and they would not have to walk one and a half kilometre for train.

China would provide major portion of the financing required for the project. The locomotive will run at an average speed of 45-50 km per hour, and the projected number of riders is expected to increase to 750,000 by the year 2030, per day and 915,000 by 2040.

As the Circular Railway stopped to function, ‘powerful people’ occupied the land along its tracks. Most of the Karachi’s Circular Railway’s land is still occupied, and it has emerged as a strong hurdle in the way of its revival. With the passage of time, the number of busses and wagons increased but this mode of transport has also lost attraction and failed to come up to commuters’ expectations.

High fares of buses and auto-rickshaws coupled with the CNG crisis prompted a massive growth of qingqi rickshaws. Now, low-income people prefer qingqi rickshaws while others use their own transport to travel to their workplaces, markets and shopping centres.

In the meanwhile, Japan International Cooperation Agency (JICA), in cooperation with the Pakistani government, conducted a study for revival of the Karachi’s Circular Railway and submitted a feasibility report in 2008. Following the findings and recommendations of JICA report, Executive Committee of National Economic Council (Ecnec) approved Rs128.6 billion for the KCR revival.

As the allocated funds were lower than the estimated cost, Ecnec approved Rs247 billion for the project in 2012. The federal government further exempted the project from all taxes, reducing the cost by Rs27 billion. JICA would have to provide soft term loan at a markup of 0.1 per cent repayable in 40 years, including 10 years grace period.

"According to JICA’s plan, 290 trains were to ply on the route with frequency of six minutes, and turnaround period for 43.12 kilometres was 66 minutes. But the provincial government, without taking Karachi Urban Transport Corporation and Ministry of Railways into confidence, signed an MoU with China Railway Construction Corporation (International) Limited on August 27, 2014," Fatab added.

On November 28, 2014, the then Sindh Chief Minister, Syed Qaim Ali Shah, wrote a letter to the then Prime Minister Nawaz Sharif and sought support for the revival of Karachi’s Circular Railway by including the project in China Pakistan Economic Corridor (CPEC).

Nawaz Sharif handed the project over to Sindh Chief Minister Murad Ali Shah in response to his another letter on December 03, 2016 and KCR was included in CPEC in the 6th Coordination Committee meeting held on December 29.

China would provide major portion of the financing required for the project. The locomotive will run at an average speed of 45-50 km per hour, and the projected number of riders is expected to increase to 750,000 by the year 2030, per day and 915,000 by 2040.

"Murad Ali Shah is going to launch the first phase of Karachi’s Circular Railway on December 25," Sindh Mass Transit Cell Director General (DG) Muhammad Athar told TNS. "In the first phase, a route between Wazir Mansion Khardar to Manghopir would be made operational after removal of encroachments. But there are several hurdles in implementation of the project."

Holding Ministry of Railways responsible for many problems, the DG said the federal government did not hand over the administrative control of Karachi Urban Transport Corporation (KUTC), the implementation agency, to the Sindh government despite assurances. The DG said the Sindh government took up these issues in the Senate Standing Committee on Railways, and the committee has directed the Ministry of Railways to resolve these issues within 15 days.

Talking about compensation to the affected households, the DG said "committees have been formed and only those households will get compensation which were mentioned in the JICA 2013 survey."

Restlessness among the KUTC staffers is growing as the federal and provincial governments could not decide the fate of the implementation agency. "On December 7, we got a letter that KUTC is handed over to the Sindh government, but we are still getting directions and salaries from the federal government," Fatab said.

Raising doubts on the intentions of the Sindh government, Urban Resource Centre (URC) Joint Director Zahid Farooq said that Pakistan People’s Party (PPP) is trying to complete the feasible phase of Karachi’s Circular Railway before the coming general election. "In this phase, there may be little resistance in removal of encroachments along the KCR track at Machar Colony and Muhammadi Colony," he observed.

Farooq added 72 per cent of the KCR’s land on either side of the track is occupied by commercial plazas, shopping centres, factories, petrol pumps and residential apartments while 28 per cent of the track is encroached by low income settlements. Farooq said the provincial government is not disclosing drawing of the project, and how much land it is demanding from the centre in the name of RoW.

Talking about resettlement of the affected people, Farooq said the matter is under discussion at the National Commission for Human Rights Pakistan (NCHR), and a six-member committee comprising representatives of the affected people and provincial government has been formed to settle the dispute. "A delegation of URC has met with the Sindh’s Transport Minister Nasir Hussain Shah and discussed with him the issues which may be faced by the affected people."