Does truth have a nationality? It seems to be shaped by which country you belong to. Or is there a super-truth that transcends borders? 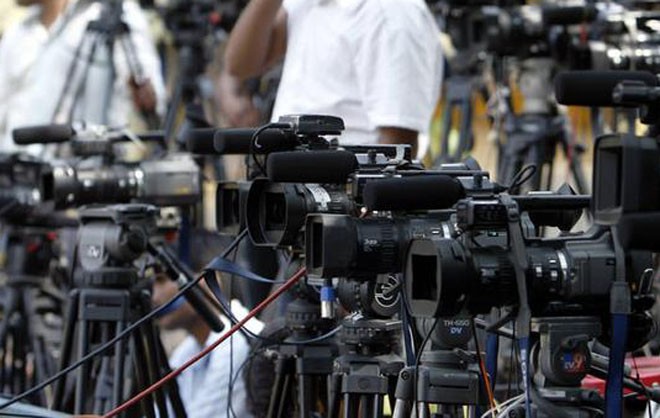 In April, 2014 when I was asked to leave Islamabad, I asked the visa official if the government would allow a replacement for me from The Hindu. "Of course," he said, but laughed for a long time -- that gave me the answer. It seemed like a quid pro quo as Pakistan did not post anyone after its two representatives left in 2011.

Unlike India, the Pakistan government nominates the journalists to New Delhi whereas only The Hindu and Press Trust of India were allowed to post correspondents in Islamabad, a practice which ended that year.

While tv serials, fashion and music and so many commodities make their way across the border, we can’t read each other’s newspapers or magazines, except online. Despite a long tradition of bilateral media exchange, the perception that journalists are spies refuses to die out and while ordinary people in Pakistan don’t support this, for the most part, the state clearly endorses this view by watching every move we make.

Over the years, despite exceptions, the media in both countries lacks access and cannot visit easily or at all. This has, in a way, contributed to the armchair and unreal quality of reporting on our bilateral ties, terrorism and other aspects. This kind of "news" if it can be called that, vilifies any moves for peace and promotes a hate-filled agenda in both countries.

The need for a balanced media coverage was felt soon after Partition, when Prime Ministers Jawaharlal Nehru and Liaqat Ali Khan signed a pact in 1950, which included a joint press code, according to research by Pallavi Raghavan.

There is an overdose of slinging matches propelled by anchors involving retired generals and people whose sole qualification is that they can shout loudly. There is little that is new that I can add on the quality of debate in the Indian and Pakistani media and their coverage of current events which by any yardstick, lacks ethics or veracity. Of course, there may be exceptions but that doesn’t make the rule.

When it comes to India and Pakistan, the media, for the most part, functions on a different wavelength. There is the question of patriotism which more than one journalist has referred to, especially while covering the Kargil war though that was overshadowed by balanced and brave coverage by some Indian journalists.

Read also: When on a neutral ground

In Pakistan, too, the media was critical and some did not toe the official line on Kargil. However, in cases of war and terrorism, on both sides, the media is not above voicing its own suspicions, often based on conjecture. Most reports rely on security agencies for information and there is little independent verification, or transparency. One dare not question the veracity of officialdom.

Reporting events has a wearying pattern; if there is a terrorist attack in India, say for example as the one in Pathankot in 2016, the Indian media will quickly point fingers at Pakistan and the terrorist groups it allegedly sponsors. And in Pakistan, there is a swift conclusion that India has planned this attack on its own soil to vilify Pakistan. Often, no sources for the story are mentioned till much later.  Or we wait for someone to own up the attack.

There is also a deadening aspect to this formula of accusation and counter-accusation and despite the joint investigation in the Pathankot attack, are we any closer to finding out the truth?

Few days go by without a strongly-worded statement from the Pakistan foreign office on the martyrdom of civilians and summons to the Indian deputy high commissioner in Islamabad to protest cross-border firing. This year it has recorded 900 ceasefire violations along the Line of Control, killing 45 people and "Indian occupation forces" have been accused of deliberately targeting civilians.

No doubt, the Indian government will soon put out facts to counter these statements and it will go on and on -- in an endless cycle, like the debate on the surgical strikes in 2016, which Pakistan has denied while India reiterates they were carried out and were even live streamed, according to recent news reports. Does truth have a nationality? It seems to be shaped by which country you belong to. Or is there a super-truth that transcends borders?

The few sane voices in this ferment are drowned out. For instance, the fact that many Pakistanis condemned 26/11 and did not support such an attack, is lost in the overall atmosphere of hostility. In India, anyone supporting dialogue with Pakistan is dubbed "anti -national".

The need for a balanced media coverage was felt soon after Partition, when Prime Ministers Jawaharlal Nehru and Liaqat Ali Khan signed a pact in 1950, which included a joint press code, according to research by Pallavi Raghavan (https://thewire.in/ 98761/india-pakistan-press-code-media-portrayal/).

Raghavan writes that "Much of the newspaper coverage of the difficulties that minorities faced in both countries was not, in fact, untrue. But there was a difference between portraying the harsh realities of the conditions of minorities on either side of the border and using this information to perpetuate a sense of war brinkmanship between the two countries."

The press code was to be adhered to and supervised by editors in India and Pakistan and had some pointers which are of great relevance even today. For instance, it called for rigorously excluding opinion directed against the territorial sovereignty of the other or purporting to incite war, and not to engage in broadcasting information that would threaten the peace of minorities across the border, among other points.

Both leaders realised no pact can work without a balancing and supporting role played by the press, something the current leadership in both countries could do well to emulate. If the tenets of this press code are revived, even though much water has flowed down the Indus, it will be a rare case of history repeating itself not as a tragedy or a farce but as something constructive and forward-looking.