When on a neutral ground

How do ‘South Asians’ fare once they meet in a third country? 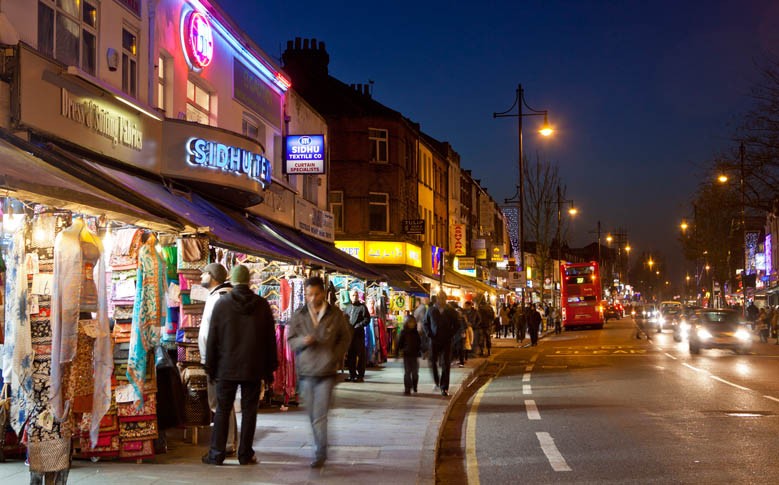 In 2016, London made history by electing its first Muslim Mayor, Sadiq Khan, the son of an immigrant Pakistani bus driver. It was a landslide victory, despite a divisive election campaign run by the Conservative party, which tried to exploit perceived historical divisions between Pakistani and Indian Britishers.

In a clumsy attempt to win votes, they sent flyers to people they considered to be of Indian or Bangladeshi descent, highlighting the Conservatives’ support of Indian Prime Minister Modi, and accusing Khan of putting "London’s future and your community at risk."

That didn’t go down too well. People took to social media to express their disgust at this blatant attempt to divide and win the votes of the Indian community. Anita Vasisht, an immigration lawyer, filed a report with the Metropolitan police, in which she complained that the Conservatives targeted voters who identified as ‘British Indians’. She wrote that, "…the intention of Zac Goldsmith and others, including the prime minister would appear to be to deliberately incite feelings of hatred for Sadiq Khan in those believed to be Indian (presumably Hindu) ethnicity -- and this, in order to win their votes."

The fact that Khan won by a large margin showed that the community cared more for his policies than the nationality of his parents.

"Honestly, I can’t say being Indian or Pakistani has made any difference to us," said Sonia Khanna, a second generation British Indian. "When my parents came here, they’d left their families behind, so anyone of Asian background was one of them."

The South Asian community in the UK has a history of living peacefully together. When migration to Britain from the subcontinent began in the 1950s, the new immigrants found themselves in a cold land fighting for acceptance within a society and culture that was completely alien to their own. It was a time before equality laws, fraught with racial tensions, which forced the Hindus, Muslims, Sikhs to live together in Asian enclaves, where they could get basmati rice and garam masala from the corner store and it did not matter that the store belonged to a Mr. Singh or a Mr. Khan.

Asghar Chaudhry, President of the West Yorkshire Pakistan Association, moved to Bradford in the 1960s and experienced this feeling of camaraderie first hand, "Hindu, Sikh, Muslims, we have always got along here," he insisted. "We welcome each other to our homes and never think of our differences. It is a tragic consequence of partition that the politicians have made enemies of us."

Removed from the trappings of nationalism and religion, the rhetoric and bombast of politicians, they rediscovered cultural similarities like language, food, music, films, not to mention common norms, ways of thinking and behaving, all of which helped form a basis of trust that crossed nationalistic boundaries.

According to Chaudhry, "The 1965, 1971 wars did temporarily affect our relationships, but our friendships are not about religion or politics, because if you bring that in then yes, we are different, we are Indian and Pakistani. But we all live together like we did before partition, especially in the Punjab, where we shared the same language, culture, clothes, traditions."

With passing years, each generation has had less and less connection in terms of personal identity with the parents or grandparents’ motherland. They have a diverse ethnic identity, informed through contact and interaction with a wide range of cultures from the UK diaspora, which has little to do with what happens in Pakistan or India. They might have religious or psychological ties to the sub-continent, but it is less a part of their personal identity, and is more cultural than political.

"Honestly, I can’t say being Indian or Pakistani has made any difference to us," said Sonia Khanna, a second generation British Indian. "When my parents came here, they’d left their families behind, so anyone of Asian background was one of them." Sonia’s closest family friends migrated from Pakistan and she says that they grew up together like brothers and sisters. "Our parents have never let politics affect their relationships," she explained. "They never discussed the sensitive stuff because they felt that there are always two sides to any story and they never allowed negative thoughts to tarnish their friendship."

Education, exposure and interaction between families have undoubtedly played a big role in removing prejudice and distrust amongst people who have spent generations together. Unfortunately, that is sometimes not the case with more recent immigrants, especially those with a lower level of education, who have grown up with an increasingly vitriolic rhetoric from their leaders back in India and Pakistan. These people bring childhood prejudices back with them and tend to stick to their own kind in increasingly analogous communities.

Akram, who migrated from Pakistan in his twenties and works as a taxi driver, said that he did not trust Indians and would not eat or interact with them. "We hate each other. The British here are like parents," he claimed, "they are the only reason our two communities are not at each other’s throats." But when questioned, he admitted that he had nothing to base his discrimination on, except the stories about Hindus he had heard back in Pakistan.

It is this kind of prejudice that the Conservatives were hoping to exploit, but as Vasisht’s reaction showed, it is something that is not common to the general population. Chaudhry became quite upset when he heard Akram’s statement. "He is talking nonsense," he said vehemently. "I have never heard such talk about Hindus and Muslims fighting from anyone here before. Talk to any educated person and you’ll see that they do not think like this."

History can only shape the present and future once we decide to learn from its mistakes. In the case of Akram, and people who think like him, social change will only happen once their children adopt hybrid identities like "British Pakistani" or "British Indians" to express all the different aspects of their cultural identity. Once they start interacting with other ethnicities in their schools and playgrounds, they are bound to develop different viewpoints, understanding that differences should be celebrated and not used to build impregnable walls.

It is a lesson that Sonia and her family learned early on, growing up next to their Pakistani friends. "You judge people on who they are," she said, "otherwise we are no better from the older generation and will not move forward. It all comes down to your individual thinking and what you allow in yourself and your children."

When on a neutral ground