While CPEC will definitely create employment opportunities for millions of workers, it is the State’s responsibility to make this work ‘decent’ and free of all kinds of exploitation 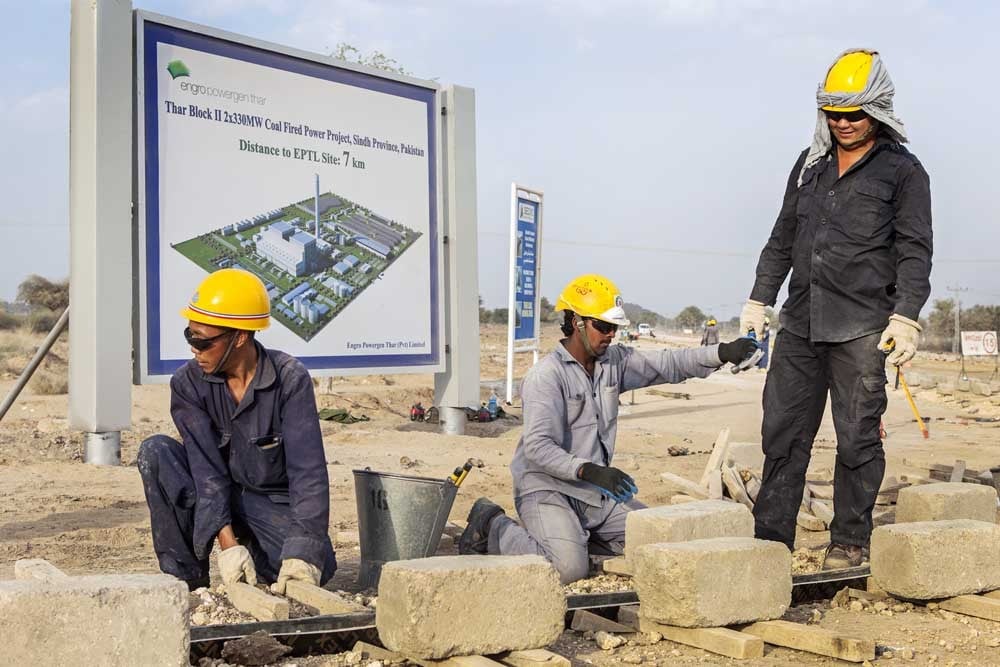 Foresight is overestimated. What we presumably lack is hindsight. A lack of hindsight is leading us to the future of right-less employment growth under the China-Pakistan Economic Corridor. CPEC is a flagship project and a principal strategic component of much larger One Belt, One Road (OBOR) initiative which includes more than 40 countries in Asia, Africa and Europe.

In April 2015, China and Pakistan signed 51 agreements and MoUs amounting to $46 billion Chinese investment over the coming decade in Pakistan. Later on, new projects were added and the proposed investment under CPEC now amounts to $60 billion.

Major share of China’s investment goes to energy projects while transport infrastructure and Gwadar receive nearly one-fifth of the funding. Interestingly, though industrial parks and economic zones are part of the long-term CPEC plan, it is not part of MoUs signed and no funding is allocated for this purpose so far.

The prerogative to protect workers’ rights in the country should be part of agreements and MoUs being concluded with China. Pakistan has experienced jobless growth for decades. Let’s not get into the quagmire of right-less employment growth in Pakistan under CPEC!

Planning Commission, in its Annual Development Plan (2017-18), claims that the investment under CPEC is around $60 billion with an impact of 1.5 per cent on GDP growth rate and creation of 1.5 million additional jobs. Interestingly, the Commission, in its 2016-17 plan, had estimated creation of 2 million direct and indirect new jobs though the amount of investment at that time was estimated as only $46 billion. The Commission may explain such drastic changes in its estimates.

There is no doubt that the investment under CPEC will stimulate GDP growth and lead to employment generation in the country though there are no clear estimates. What is clear from the beginning is that Pakistan has been raising a CPEC security force (to protect new installations and Chinese workers) at the cost of billions of rupees.

CPEC is concluded at a time when Pakistan is facing great security threats and where the foreign direct investment has nosedived after 2007. The timing of the CPEC is also ideal for Pakistan after the conduct of Operations Zarb-e-Azb and Radd-ul-Fasad. The infrastructure development plans coming through CPEC as well as establishment of Special Economic Zones can support the rehabilitation work that is required in the affected areas.

At the same time, Pakistan’s manufacturing industry received a boost through grant of GSP Plus status in 2014 by the European Union for reduced tariff access to the European market for its textile and garments products (though exports have plummeted from $24 to $21 billion in the same period). Remittances are facing a dip in the recent years and number of Pakistani workers finding employment abroad is dwindling.

Once CPEC succeeds, it is very much likely that it would signal Pakistan as viable and attractive investment destination and could help attract further investments. It is a dire fact that Pakistan is in need of such investment and CPEC could be an opportunity to generate jobs and growth. However, we need to ask certain relevant questions (discussed as under) before being termed "unpatriotic" and "cynic" and "foreign agents playing in the enemy’s hands".

What kind of employment is expected to be created under the ongoing and forthcoming CPEC projects?

Is there an agreement on percentage of new-project-based-jobs that will go to each country?

How many estimated jobs (skilled and unskilled) would go to Pakistan?

Whose labour laws shall be applicable in all these projects?

In all those planned economic zones (currently 9 zones), whether Export Processing Zones (EPZs) rules or Special Economic Zones (SEZs) rules will be applicable?

It is relevant to mention here that export processing zones are exempted from the general labour laws of the country while Special Economic Zones Act 2012 requires implementation of general labour laws. Even with that, what is the guarantee that the government will not formulate new rules giving these SEZs the exemption from current labour legislation?

What is the guarantee that the delegated powers (by the Board of Investment to the Provincial SEZ Authorities) under the SEZs Act will not be abused in a way to frustrate worker rights? Will the government also exempt these SEZs from application of general labour laws? Will the government place these industrial parks under Essential Services Maintenance Act to curb trade union activities?

Will rising Chinese investment lead to increased casualization of the workforce and decreased trade unionism (which is already at the abysmal level of 3 per cent of the employed workforce)? Will Chinese companies accept higher cost of doing business in Pakistan than in China? For example, the overtime compensation rate is 150 per cent of normal wage rate in China while it is 200 per cent in Pakistan.

The prescribed annual leave is 5 days in China during the first 10 years of service while it is 14 days in Pakistan after the first year of service. These are the kind of questions that the government should respond to.

As a nation, we should not get lost in the rhetoric of development that has been a part of CPEC long before its inception and we should not allow the development strategy undermine and eclipse workers’ rights. Goal 8 of the Sustainable Development Goals requires "full and productive employment and decent work for all". This Goal is achievable only if workers engaged in all CPEC related projects are given their rights to organise, bargain collectively, strike, be free of bonded and child labour, and free of all kinds of discriminatory treatment in employment and occupation.

If the adage, "past behaviour is the best predictor of future behaviour" has some merit, we should look at the Chinese investments around the world and the situation of workers’ rights. There have been instances of "tense labour relations, hostile attitudes by Chinese employers toward trade unions, violations of workers’ rights, poor working conditions, and unfair labour practices" in the Chinese firms operating in Africa. If most of the workers, especially the support staff, are engaged as casual workers, they will not be able to benefit from legal guarantees of minimum wage, social security and other allowances.

Similarly, while CPEC will definitely create employment opportunities for millions of workers, it is the State’s responsibility to make this work ‘decent’ and free of all kinds of exploitation as required under the 1973 Constitution of Pakistan. The prerogative to protect workers’ rights in the country should be part of agreements and MoUs being concluded with China. It is the job of negotiators from Pakistan to include labour exceptions in the investment agreements which means that certain sectors and subject matters (such as protection and promotion of workers’ rights) can be excluded by the overall investment protection guaranteed to Chinese investors in order to allow the State to meet its public policy objectives. Pakistan has experienced jobless growth for decades. Let’s not get into the quagmire of right-less employment growth in Pakistan under CPEC!