7 ways to have more self-discipline 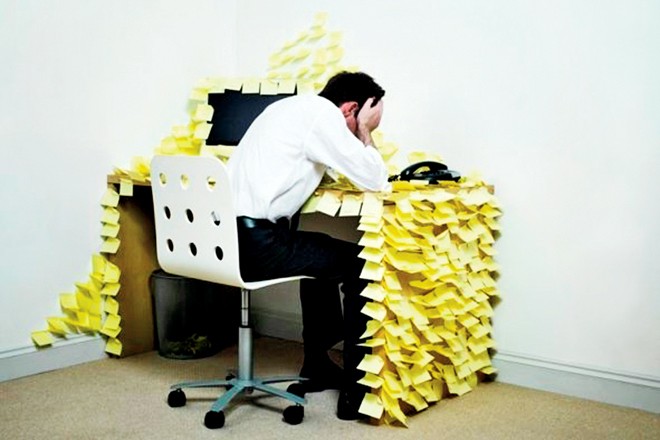 Self-control goes by many aliases: willpower, discipline, restraint. It’s even that Frank Ocean song. No matter the name, it has huge influence over our health and our success.

Self-control helps determine whether we study or party, save or spend, keep or lose our temper, or focus on work or get pulled into the black hole of procrastination. Lack of self-control is even a symptom of a host of challenges, including depression, OCD, ADHD, and specific impulse-control disorders like hairpulling or compulsive shoplifting.

So next time you’re tempted to reach for that Hot Pocket (or for the productively impulsive among us, that toilet brush), try these seven tools.

Tip #1: Do your hard stuff in the morning

As the day wears on, our self-control wears out. The researchers call it the "morning morality effect," but the take-home has less to do with morals than with self-control. Apparently good people find it harder to resist doing bad things, like cheating for some extra cash, as their energy flags throughout the day. It’s not an excuse for bad behavior, of course, but it teaches us not to expect stellar resistance to temptation at the end of a long day.

If you’re a night owl, it’s possible that your most moral, self-controlled self comes out in the wee hours. The jury is still out on the definitive answer, but the moral (ha-ha) is to know yourself and your energy levels.

Tip #2: Change the environment to change your behavior

So what’s a morning lark to do in the danger zone of evening? What’s a night owl to do in the sleepy haze of morning? The solution: change your environment in order to change your behavior. In other words, the best way to resist temptation is simply to remove it. Remove temptation and release yourself from the burden of exerting self-control when your surroundings can do it for you.

Think back to high school physics--remember the observer effect? Observation changes the phenomenon being observed? Trying to keep your credit card bill in check may not feel like physics, but it’s the same principle.

Keep a log or use a wearable tracker to monitor whatever sucks up your self-control. Keep a food diary, an exercise log, a sleep diary. It’s called monitoring. Indeed, it’s when we’re not paying attention that things tend to slide. So pay attention and track your progress. Simply observing will change what’s being observed, which just happens to be you.

If you’re trying to stick to good habits while you’re stuck at a desk, try propping a mirror next to you. It works on the same principle as monitoring. Watching yourself scarf Funyuns or get sucked into interweb slideshows of "Worst Tattoos Ever" makes it less likely to happen.

This is a strategy from ADHD behavioral treatment. When you have to make a lot of transitions, like getting ready for school or work in the morning--shower, dress, eat, brush teeth, gather stuff--set a timer to go off every 3 to 5 minutes. Externalizing time with an audible reminder keeps it from sliding by unnoticed. And while 3 minutes, or even 5 minutes, may seem like a small chunk, you’d be surprised at how much you can actually get done. Plus, if you get sidetracked, the next alarm will jolt you back, and you won’t have wasted much time.

Tip #6: Allow yourself your distractions, just not now

"I’ll do it later" is the mantra of every procrastinator. But flip-flop what you’ll do later. Rather than doing your big tasks later, tell yourself you’ll do your distractions later. The point of writing them down is you can still follow your impulses, just not this instant.

If you’re a workaholic, perfectionist, or another type who expects 110% at all times, let yourself follow your impulses at least sometimes. So allow yourself some pointless, indulgent time-wasters, especially when your brain is fried anyway.

7 ways to have more self-discipline