How functional is the League

Will the Pakistan Muslim League-Functional survive as Sindh’s third largest party under the new Pir of Pagara? 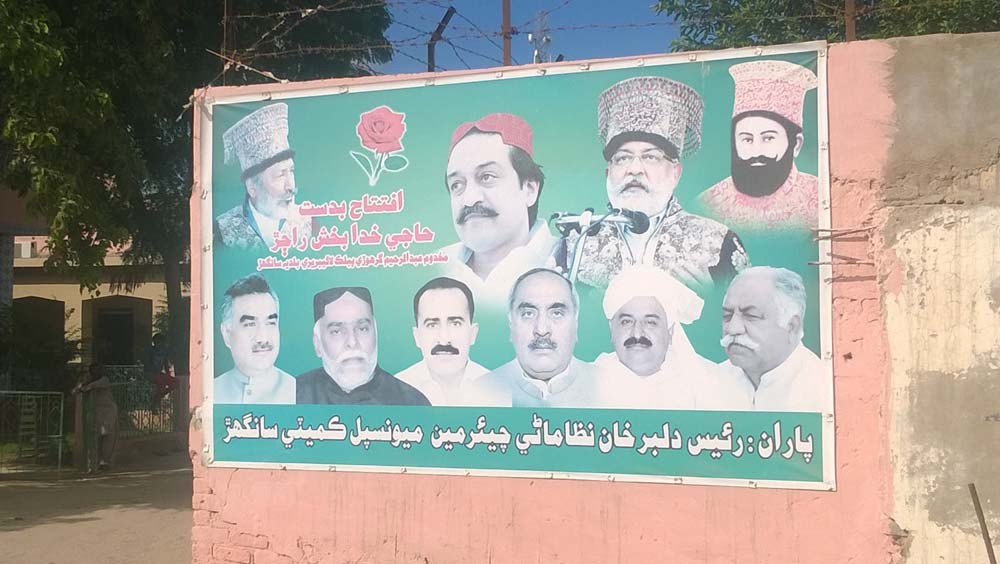 Five years after the death of Pir Pagara Syed Shah Mardan Shah, an icon of Pakistani politics, his party Pakistan Muslim League-Functional is losing political ground. Since the death of the seventh Pir of Pagara in 2012, the PML-F Sindh’s third largest party has never seen such degradation since its foundation.

Political pundits are of the view that in the past the party enjoyed strong relationship with both political leadership and establishment, besides the ability of political manoeuvering. In addition, the previous leadership had political wisdom to keep intact the strongmen in the party.

But under Pir Sibghatullah Shah Rashidi-III, the eldest son of Shah Mardan Shah, the party lacks such ability and has failed to stop the exodus of electables from the party because they think their political career would become bleak if they remained in the PML-F.

As per the 2013 general election results, the PML-F was the third largest party in Sindh with 13 provincial seats. The party also secured 5 seats in the National Assembly. At present, there are nine seats left for the PML-F in the provincial assembly.

In Sanghar’s local government elections held in January 2016, the PML-F was defeated in a district whose population is dominated by the followers of Pir Pagara.

For example, two of its senior lawmakers from Sindh Assembly, Jam Madad Ali Khan and Imtiaz Ahmed Shaikh, resigned from the party and got themselves re-elected on the Pakistan People’s Party tickets. Earlier, Jam had won seat from Sanghar on the PML-F ticket in 2013 whereas Imtiaz Ahmed Shaikh got elected from Shikarpur district.

After the 2013 elections, the PML-F couldn’t sustain its political strength even in Sanghar district which was once considered its stronghold. It lost a by-election to the PPP’s candidate, Shazia Marri, in NA-235, a Sanghar constituency.

Also, in Sanghar’s local government elections held in January 2016, the PML-F was defeated in a district whose population is dominated by the followers of Pir Pagara.

Political stalwarts like Shaikh think the future of the PML-F is bleak. "I left the party the moment Pir Pagara showed disinterest in the party. It was due to this lack of interest, senior leadership left one by one including myself, Jam Madad and Jamotes of Matiari district."

But the PML-F loyalists like Kashif Nizamani, a senior party leader and spokesman from Sanghar, warns his political opponents not to write-off his party. "It is not a big deal if someone leaves or joins the party. It’s a political culture," he stated.

Citing the example of his political rival PPP, he said there was time in 1997 general elections when the PPP managed to grab only 17 seats in the National Assembly. "That was the time when people used to say the PPP had politically vanished. But it not only survived but came into power later on.

"Take another example. When Nawaz Sharif was sent into exile to Saudi Arabia, people started saying he and his party would never come back. But it happened otherwise."

Nizamani said during the days of Prime Minister Zulfikar Bhutto, the Muslim League was considered a politically ‘dead horse’ but senior Pir Pagara not only kept it alive but brought it back into the power corridors.

However, according to party insiders there are few more lawmakers, including Mahers of Shikarpur district, who are likely to leave the party and are in contact with the PPP to join before the general elections.

Analysts like Zarrar Khuhro believe the party is likely to remain in troubled waters in the near future as there was clash of personalities. "Senior Pagara was very enthusiastic, well-connected with political circles and had good relations with the establishment. But the current Pagara has more interest in continuing as Pir (spiritual leader) rather than a political leader. What I see is a very gloomy picture for the party," he opines.

Nizamani defends the party by saying the PML-F’s vote-bank is intact even after the demise of senior Pagara as the vote-bank basically consists of the Pagara family and Hur Jamaat.

Pakistan Muslim League-Functional is a Sindh-based political party with its supporters in certain districts of southern districts of Punjab as well. Majority of the party supporters are Hurs, a Sufi Muslim community which is spread in Sindh, Punjab and India. Pir Pagara, who also heads the PML-F, is a post of spiritual leader of Hurs, appointed by the Caliphs of the Hurs. There are 16 Caliphs, out of which 15 are in Pakistan, while the 16th resides in India.

The PML-F is one of the factions of the original Pakistan Muslim League. The party has traditionally maintained a pro-establishment posture in its politics. Although the party was registered under the title of ‘Functional" in 1992, its leader Pir Pagara Syed Shah Mardan Shah Rashidi had been active in Pakistan’s politics from early years of its independence.

Shah Mardan Shah’s father, Pir Sibghatullah Shah Rashidi-II, also known as Soreh Badshah, the 6th Pir Pagaro, was hanged by the British rulers in 1943 in Central Jail Hyderabad to crush an uprising against the British.

Before the general elections in 1970, Pagara joined the Muslim League (Qayyum). During the 1977 general elections, Pagara was part of Pakistan National Alliance, a nine-party political alliance formed against the PPP.

Under the military ruler General Zia-ul-Haq, general elections were held in the country in 1985 on a non-party basis. Zia nominated Mohammad Khan Junejo as prime minister on the recommendations of Pir Pagara.

In 1990, when Prime Minister Benazir Bhutto was removed from the office on corruption charges, Jam Sadiq was named the Chief Minister of Sindh. Pir Pagara supported Jam in establishing his chief ministry. Later on when Sadiq Jam died in 1992, Sadiq Muzaffar Hussain Shah was named the next CM Sindh, that too on the recommendations of Pir Pagara.

In 1999, when Pervez Musharraf dismissed the Nawaz Sharif’s government, Pagara supported the military ruler and his party became part of his hand-picked cabinet.

After the 2008 general elections when the PPP formed governments in both centre and Sindh, the PML-F initially remained in opposition. However, later it joined the PPP’s coalition government when the senior Pagara was alive.

In January 2012, senior Pir Pagara died and his son became his successor.

Under the new Pir Pagara, the PML-F decided to part ways with the PPP-coalition government because the latter had introduced controversial Sindh Local Government Ordinance a few months before the 2013 general elections, apparently to appease one of its coalition partners -- Muttahida Qaumi Movement (MQM).

In December 2012, Pagara held a huge rally in Hyderabad to reject the new local government system where reportedly tens of thousands people attended the public meeting. According to political observers, it was perhaps a political mistake by Pagara too because he took the nationalists parties along with him. In the past, senior Pagara had always publicly admitted and maintained his "GHQ connection". But the PML-F was experiencing a new role under the new Pagara. Political pundits are of the view that perhaps establishment wasn’t happy over this and that was the time when the PML-F lost its longstanding support.

In the 2013 general elections, the PML-F formed a 10-party alliance and went into elections but could only win its traditional seats.

Sohail Sangi, a senior journalist from Hyderabad, thinks the PML-F could not consolidate the momentum it generated through the Hyderabad public meeting. "The reason could be that it acted more like a spiritual party than a political party -- a party in which there was more space for caliphs rather than masses."

"Another factor that could be linked to the downfall of PML-F is the differences between Pir Pagara and his younger brother," Sangi adds.

However, Nusrat Bano Seher Abbasi, a PML-F lawmaker from Sindh Assembly, denies that assertion. "Sadaruddin Shah is the party’s provincial president. As the PML-F is Sindh-based party, therefore Sadaruddin is implementing the authority while Pir Pagara gives his valuable input as the party president," she adds. According to Abbasi, the PPP was trying to change the loyalty of her party voters.

Against the backdrop of 2018 general elections, Kingri House, the PML-F’s headquarters, has been reactivated recently after a gap of six years. "We have started preparations for the upcoming elections. There was a gap between the party leadership and workers. But now we are trying to bridge that gap," Nizamani adds.

"Efforts for the re-unification of the PML are going on and talks are also being held with the MQM for any future alliance. In Sindh, groups of election winners will emerge and there would be a big upset in general elections," Nizamani says.

How functional is the League 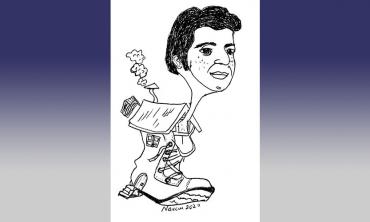 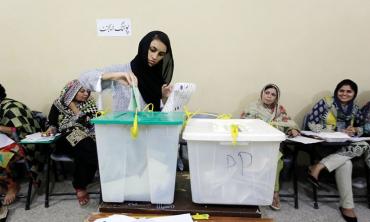 How elections are rigged 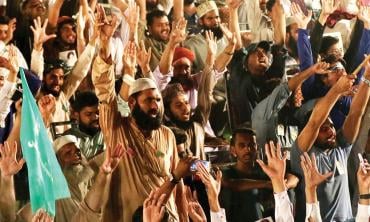 The clout of the TLP