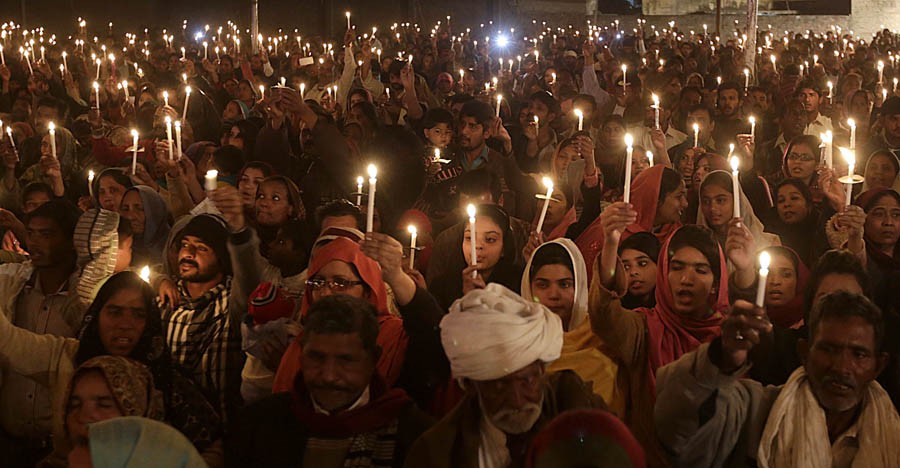 At 4:10 pm on August 23, Maryam Nawaz Sharif tweeted that her mother, Kulsoom Nawaz had been diagnosed with throat cancer. Kulsoom Nawaz is the Pakistan Muslim League-Nawaz candidate for the September 17 by-election in NA-120 on the seated vacated by her husband, and Maryam’s father, Nawaz Sharif who had been ousted from the Prime Minister House by the Supreme Court on July 28.

After the news of Kulsoom Nawaz’s diagnosis came from London, Maryam Nawaz Sharif was given charge of the campaigning for the NA-120 by-poll by the senior party leadership. It was decided that as part of her campaigning she would visit religious sites within the constituency to pray for Kulsoom Nawaz’s health.

On August 30, Maryam Nawaz officially kicked off her campaign with a visit to Data Darbar, which was followed by a speech that repeated the rhetorical question marks over Nawaz Sharif’s exit.

On August 31, she inaugurated a PML-N election office at Mohini Road, and addressed another large gathering, posing similar questions.

While the official statement on behalf of Archbishop of Lahore Sebastian Shaw and the church administration is deemed sufficient by many, others feel the Archbishop should come forward and apologise himself.

On Friday, September 1, the day before Eid-ul-Azha, Maryam Nawaz went to the Sacred Heart Cathedral to offer prayers for her mother. She was accompanied by Kamran Khan, Federal Minister for Statistics, and Khalil Sandhu, Punjab’s Minorities Minister. Following the prayers, she went up the pulpit and gave another politically loaded speech, discussing her father’s dismissal and the September 17 by-election.

"While some people saw this as a sign of ‘mainstreaming’ the church, others saw it as mixing religion and politics, and showing the Catholic Church in a party political stance," commented professor and historian Yaqoob Bangash, in a newspaper column.

Marian Sharaf Joseph, a journalist and an active member of the Church, says she was shocked when she first realised that Maryam Nawaz was standing at the Altar. "It is absolutely unacceptable to see the most sacred part of a Church, being used for political interests," she says.

"Lies, deceit, dishonesty, fraud, and chicanery are the hallmarks of Nawaz Sharif and his family," says Karachi based Sylvester Conceicao. "But Maryam Nawaz should keep her family’s dirty politics out of churches.

"In Matthew 21:12-13 and John 2: 13-17 of the Holy Bible, Jesus Christ reacts to market and political activities at the temple, and says, ‘It is written my house will be called a house of prayer, but you are making it a den of robbers’."

President Cecil and Iris Chaudhry Foundation, Michelle Chaudhry hold the custodians of the Church, "those who are responsible to uphold its sanctity", responsible as well.

Following the backlash from the Christian community, the Archdiocese of Lahore issued an apology on September 3.

Father Francis Gulzar, Vicar General of the Catholic Archdiocese of Lahore offers an explanation: "The request to host the prayer on behalf of Ms Maryam Nawaz for her mother was put forward by Senator Michael, Minister Khalil Tahir Sindhu, and MPA Shakeel Iva.

"It was decided that Ms Maryam would acknowledge the Christian schools’ contribution in the schooling of her family members in her speech. But it got political, which has hurt all of us."

While the official statement on behalf of Archbishop of Lahore Sebastian Shaw and the church administration is deemed sufficient by many, others feel the Archbishop should come forward and apologise himself.

"I think it’s enough that the spokesman has apologised," says Sagar Gill, a Lahore-based e-marketer. "It is wrong to push Bishop Sebastian Shaw for an apology. The spokesman has already done his job."

Many Christian residents of the NA-120 are especially offended by the mention of the by-election in Maryam Nawaz’s speech, saying that it reduced the prayer to mere façade for election campaigning.

"Even if the main aim was seeking votes, she could’ve been more respectful about it," says Sarfraz, a resident of Shahrah-e-Fatima Jinnah, which falls under NA-120. "She could’ve given her political speech outside the holy place, just like she did at Data Darbar. But along with Maryam Nawaz, it is her advisors who need to be reprimanded for allowing such a speech to be delivered from the pulpit."

Senator Kamran Michael, who has been seeking the support of Presbyterian and Anglican Church bodies, as part of Maryam Nawaz’s campaigning in NA-120, was aware of the contents of the speech.

"Of course, he knew that the senior PML-N leadership had decided to offer prayers for Begum Kulsoom Nawaz at religious sites, and had been actively pursuing the churches’ support in this regard," says a party member. "But perhaps he didn’t know where the speech would be delivered from, or didn’t do anything to forestall it once he realised it was happening."

Many Christians feel that baiting the community was natural, but offering prayers in churches isn’t necessarily the best way to do it.

"I am not a fan of PML-N but if before 17 September Maryam Nawaz could ensure the freedom of 44 Christians falsely implicated in Youhanabad tragedy, I would gladly support her campaign [for NA-120]," says Asif Mall, a Christian rights activist and Chairman of the Pakistan Minorities Rights Organisation (PMRO).

"If Bishops and other Christian MLAs on the stage assured support to Maryam without demanding freedom for their brethren, then their betrayal reminded of Judas who sold Jesus for personal benefits."

Marian Sharaf Joseph, who penned a blog titled ‘Excuse me Your Grace, keep politics out of Church’ the day after Maryam Nawaz’s speech, believes that as the dust settles on the incident the community seems to have accepted the apology letter issued by the administration. "But there’s a significant percentage who want an enquiry by the Papal office. The issue hasn’t lost its value as yet," she adds.

"There are a few who aren’t bothered as to what and why it happened. But if you dig deeper, you’ll find those people have some interest which is why they are supporting and justifying this act."