Over to graduate terrorists 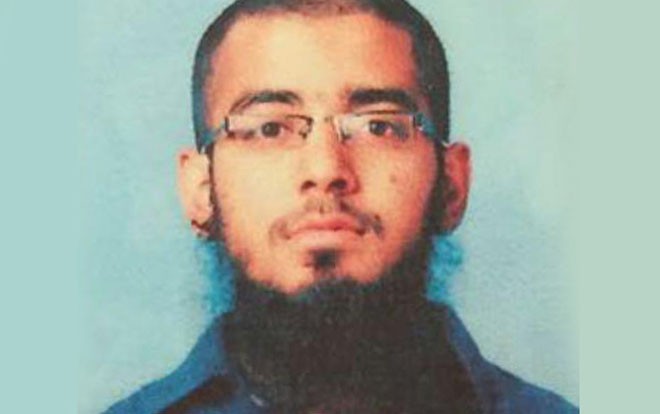 Officials investigating the affairs of the newly-emerged Jamaat Ansarul Shariah Pakistan (ASP) have revealed that the group is simultaneously involved in preaching activities and acts of terrorism.

A member of a team investigating ASP’s attacks on law enforcers and an assassination attempt on the Sindh Assembly’s Leader of the Opposition MPA Khawaja Izharul Hassan at the Buffer Zone, a neighbourhood in Karachi, said that this small-size group of educated terrorists is doing what an international terrorist group can’t do.

The investigation officer, who requested to keep his name undisclosed because of a departmental order, further said "this terrorist group, ASP, started its terrorist activities in the beginning of this year and, within a short span of four months, managed to carry out six terrorist attacks in the city".

The officer maintained that the banned outfit has a few members in its fleet who are engaged with the business of Tableegh (preaching), adding that the group, which includes heads of madrassas in Sindh and Balochistan, invites like-minded citizens "to join hands for establishment of Caliphate in Pakistan".

The ASP carried out its first attack in Karachi on May 20 in which two cops of Karachi police embraced martyrdom when its shooters opened gunfire at a police van in Dhoraji. In its second attack, four policemen lost their lives in the SITE Area on June 23.

Revelations that the ASP, like Daesh, has educated terrorists in its fold has rung alarm bells in academic quarters. The Karachi University Teachers Society president, Dr Shakeel Farooqui, said that "involvement of the varsity’s student Abdul Kareem Sarosh Siddiqui was an exceptional and isolated case".

The pace of attacks on law enforcers went up in the month of August in which the ASP managed to strike three times in various parts of the city, claiming the lives of a Karachi Traffic Police DSP and a constable in Azizabad on August 11, two volunteers of the Karachi police on the Northern Bypass and two guards of the Federal Board of Revenue (FBR) in an attack on their regional office in Gulistan-e-Jauhar on August 28.

Sindh’s top anti-terror cop and Counter-Terrorism Department’s (CTD’s) Transnational Terrorists Intelligence Group (TTIG) Incharge Raja Umer Khattab said that "the ASP has a team of four to five highly-trained shooters, who carried out all attacks on the law enforcers at Karachi".

Khattab added "the police prepared sketches of the attackers with the help of witnesses and prepared bullet trajectory of the casings of the spent bullets recovered from the sites of attack, and then they reach a consensus that not only the weapons used in carrying out attacks on law enforcers are the same, but the suspects involved in all these attacks are also the same".

ASP’s terrorist wing remained untraceable till the killing of its shooter Hassaan in encounter with the police, who was trying to flee after making an assassination attempt on the Sindh Assembly’s Leader of the Opposition MPA, Khawaja Izharul Hassan, on September 2 in the Buffer Zone area.

Hassaan, who was part of the ASP’s shooters’ team, was an electronic engineer and he was a graduate of Pakistan’s one of the prestigious engineering university of Karachi, NED University of Engineering and Technology.

The investigators got another clue on September 4 when an ASP shooting team member, Abdul Kareem Sarosh Siddiqui, managed to flee from his house after a joint raid conducted by Malir Division police and security agencies at Gulzar-e-Hijri. The raiding team recovered Siddiqui’s university cards from his residence. Siddiqui was a student of the Department of Applied Physics at the University of Karachi.

In another development, the security agencies conducted a raid at Gulzar-e-Hijri on September 5 and arrested ASP’s spokesman Dr Abdullah Hashmi. The arrest of ASP’s spokesman led to the arrest of two more group members in security agencies’ raids in Balochistan areas of Quetta and Pishin on September 6. The ASP members arrested from Quetta and Pishin were identified as Mufti Habibullah and Prof. Mushtaq.

Mufti Habibullah runs madrassas in Karachi and Hyderabad and was said to be a member of ASP’s group of preachers while Prof. Mushtaq was a teacher at the Balochistan University of Information Technology, Engineering and Management Sciences (BUITEMS).

Another ASP shooter was arrested from Multan by security agencies on August 6. The suspect Talha Ansari escaped from Karachi after the investigators managed to trace out their whole group in sequence of developments since September 2. Talha too is said to be an engineer by profession and a graduate of a public sector engineering university.

He added "the terrorists of Islamic State of Iraq and Syria (ISIS), commonly known as Daesh and Al-Qaeda Indian Subcontinent (AQIS) also come from Tanzeem-e-Islami". Comparing ASP, Daesh and AQIS, Khattab said, "the ASP is a small-size group and it is limited to Pakistan while Daesh and AQIS are international terrorist groups".

Revelations that the ASP, like Daesh, has educated terrorists in its fold has rung alarm bells in academic quarters. The Karachi University Teachers Society (KUTS) president, Dr Shakeel Farooqui, told this scribe that "involvement of the varsity’s student Abdul Kareem Sarosh Siddiqui was an exceptional and isolated case.

"Siddiqui enrolled in the Department of Applied Physics in 2010 and he dropped out in 2011 without having cleared 80 per cent papers in his first academic year. There are no organised terrorist activities going on inside the campus and the varsity has modern and enlightened environment."

Farooqui said the students and teachers of the varsity "have decided to hold walks and assemble against media for defaming the university by running baseless reports. If the media continued to run baseless reports in future, there are chances there would be decline in enrolment at the KU in the next academic year".

Following the escape of Abdul Kareem Sarosh Siddiqui, Vice Chancellor (VC) Prof Dr Ajmal Khan had called an emergency consultative meeting on September 5. The meeting was attended by representatives of the teaching and non-teaching staff of the varsity.

VC Prof Dr Ajmal Khan categorically refuted that the varsity "would hand over the records of students for security audit" as suggested in some reports. The VC added "there was a suggestion that the varsity should collect police verification certificate of a candidate along with his form at the time of admission, but it was still a suggestion. We will not take a step that creates problems for new admission-seekers".

Over to graduate terrorists