Apart from being a seasoned politician and spiritual leader, Makhdoom Amin Fahim was a poet of Sindhi and Urdu 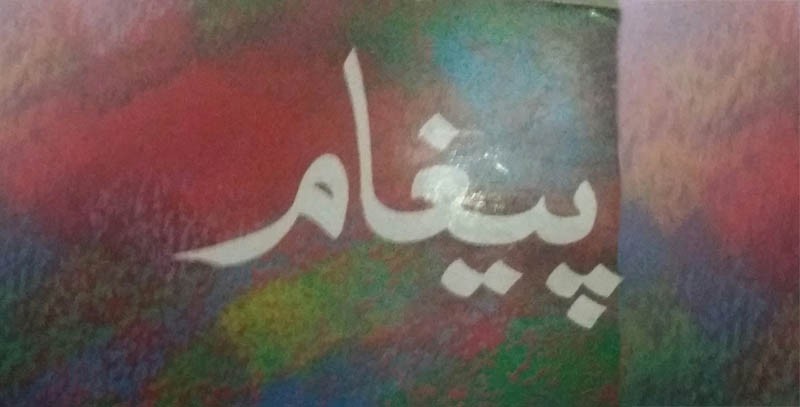 Makhdoom Amin Fahim, born in 1939, is widely known as a soft-spoken politician, who remained loyal to Pakistan People’s Party (PPP) till his death. He joined the party in 1970 and despite tempting offers from the opposition, he did not leave the party. Some locals say that it was he who influenced his father to join the PPP.

Apart from being a seasoned politician and spiritual leader of Sarwari Jamaat, one fact about Makhdoom Amin Fahim that was less known was that he was a poet of Sindhi and Urdu. In fact, his family has long held a tradition of composing poetry. His venerable forefather, Makhdoom Nooh Sarwar (1505-1593) who founded Sarwari Jamaat, was revered as a poet, spiritual guide and an erudite scholar of Quran. Although only 8-10 Sindhi baits of him have survived, he is still counted as one of the earliest Sindhi poets. His grandson, Makhdoom Lutfullah Lakho, was also a poet.

Makhdoom Amin Fahim’s namesake Makhdoom Amin Muhammad alias Pakhan Dhani (hut dweller) was also a poet, whose anthology Kuliyaat Amin was published by the Sindhi Adabi Board, Jamshoro. One should not be surprised to learn that his father, Makhdoom Muhamad Zaman Talibul Moula, was a distinguished poet and cultural icon of Pakistan. His son Makhdoom Jamil Zaman, presently the Minister of Revenue, is also a prominent poet and researcher.

Makhdoom Amin Fahim started composing poetry in the 1950s. During that period, his ancestral town Hala was a hub of poetry and other cultural activities. Almost every week mushairas were held at their home which is locally known as Attas jo bungalow. A tarah (pattern line) was circulated among aspiring poets, who then composed their ghazals by adopting the same rhyming scheme used in the given tarah. Then all the poets would gather and recite to each other.

In December 1990, Makhdoom Amin Fahim’s anthology was published under the title Paigham (Message). The anthology contained 150 ghazals, 34 kafis, and more than 100 baits, qitaat and other literary forms.

In the preface of Paigham, Makhdoom Amin Fahim tells us how he developed his passion for becoming poet: "In school and college days, I used to participate in mushairas and other literary gatherings. Gradually I was able to comprehend the terminology of poetry and after listening to poetry, sometimes I longed to write myself … On one occasion our group of friends decided to compose poetry. Our senior friend Mahboob Sarwari suggested a tarah, and then tried to compose ghazal on that pattern … My father (Makhdoom Talibul Moula) came to know about our poetic endeavours … During the summer of 1954, I accompanied him to Quetta. There he accepted me as his shagird (apprentice). He suggested a Tarah (pattern line), which was Ya Ilahi kar Atta Lutf o Karm (O God bestow upon me blessings and comforts) and asked me to write a ghazal. First I hesitated to write poetry on the theme of love, however later I composed ghazal whose first line was: Sorrow and grief has erupted in my heart. He read it and encouraged me."

The excerpt continues: "First I used my pen name as Amin, but then my father suggested Fahim as my pseudonym. In 1955 we established a literary organisation entitled Bazm Amin, and arranged numerous poetic recitals and literary gatherings … On another occasion, when the birth celebration of my father was being held at Jam Datar, where poetry recital and music programmes were to be held, I wrote a kafi. This kafi was titled "I will be singing your tales" and it was sung by vocalist Misri Fakeer. I did not show it to my father for improvement. After the poetry recital, the music show started. My father left the stage and went and sat with the audience, but told me to remain on the stage. When Misri Fakeer sang my kafi, it captivated everyone. Once the kafi ended, my father knew that I had composed it; He came to the stage, kissed my forehead and said "Take all my poetry and give me that kafi." Hearing that compliment from my father, my happiness knew no bounds."

Some lines from his poetry (translated by the writer) are presented here:

Why are you using knives and swords,

Your tresses are enough to attack me.

Countless destitute come to your house for shelter,

For you don’t know how to get them to leave.

You are just like a thorn in this world,

Who will own you in preference to a rose?

But world treated it as mere trifle.

O Gardner, autumn will last only for few days, don’t be sad,

Roses will bloom, and our land will be rosy, don’t be sad.

We will remain faithful to that faithless,

We will make this mistake repeatedly.

Will wait for spring while remaining happy in autumn,

Sorrows will not be allowed to overwhelm us,

Oh Fahim! Some days have gone away and some are to be,

Never will we leave patience ashamed.