The choices we make 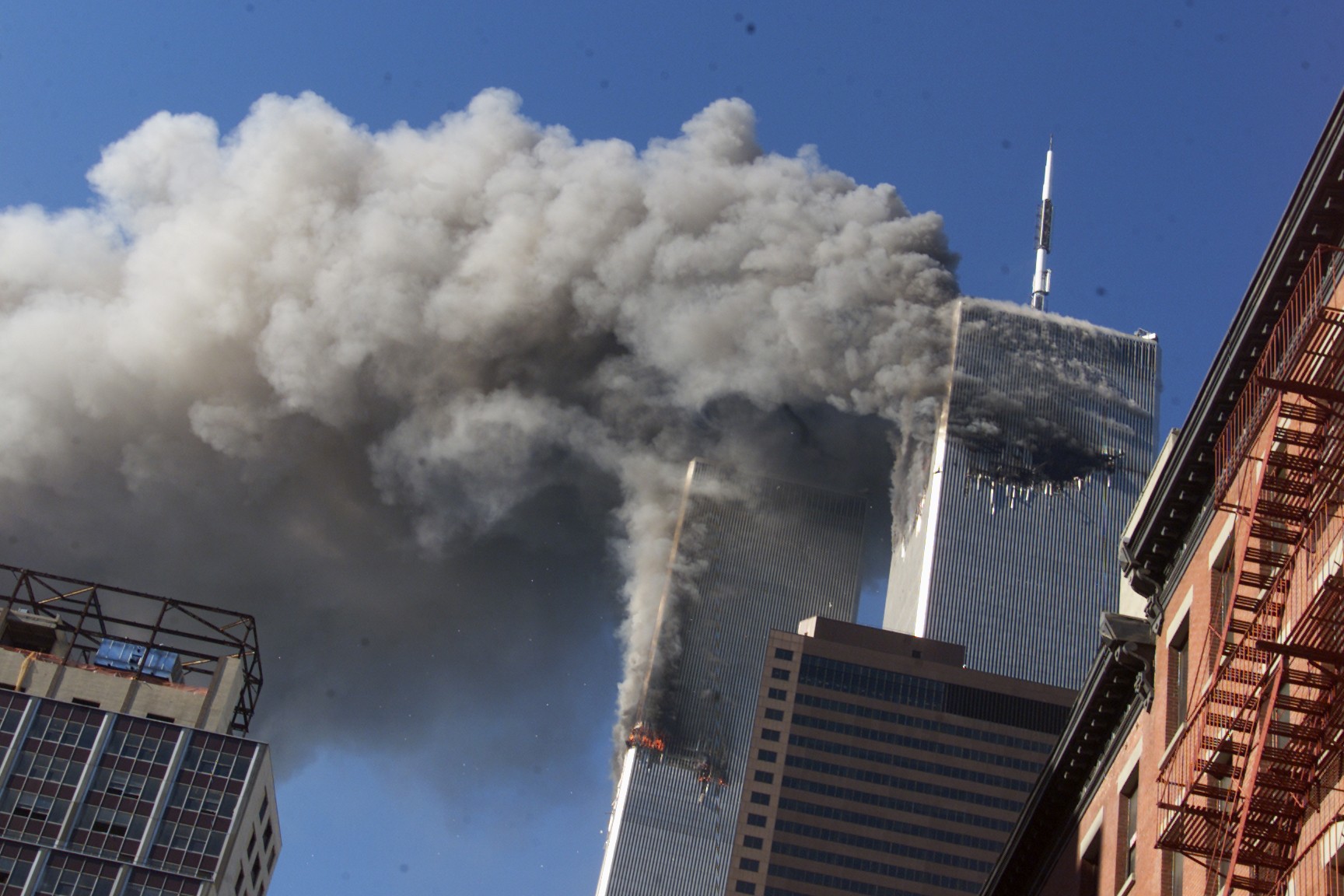 Very few dates are significant as world-historical events as September 11, 2001. Even after sixteen years and counting into the fateful beginning of the Global War on Terror, we are unable to understand the gravity this day has had for Pakistan. Perhaps one day, the Pakistani side of late 2001 will be ranked alongside 1947 and 1971 respectively -- but for now we remain anesthetised by collective cultural amnesia regarding the trauma we have undergone, a trauma that keeps ceaselessly repeating and with every repetition its reenactment becomes all the more absurd.

The harbinger of the latest rendition of the US-Pakistan-Afghanistan military/diplomatic matrix has been Donald Trump’s comments detailing his long awaited deliberations on his Afghanistan policy. While Trump’s tight-rope tap dance around the fact that his Afghanistan policy is a non-policy that throws his so-called anti-war isolationist electoral stance out the window, his statement has also raised eyebrows from the Pakistani cordon.

To be sure, there is little that is new or of substance in Trump’s Afghanistan remarks. The only novelty is not so much at the level of policy, it is rather at the level of nomenclature. Trump has coined a neologism that does away with Obama’s famed hypothetical "Af-Pak" regional designation for a new exceptional theater of war. By shunning Af-Pak in favour of a broader "Afghanistan-South Asia," Trump has effectively broadened the region -- most significantly so, to include the dreaded Indian boogeyman as a more official stakeholder in the protracted Afghanistan conflict.

It would be hard to take a stock of what we have gained, if anything at all, from this whole imperial war facilitating enterprise. India is still at centre stage of the strategic picture, the terrorists are still romping about, the Taliban are in control of large swathes of Afghanistan, and of course, the US has (yet again) forsaken us.

Ultimately, Trump wants to increase America’s fighting role in the longest war the country has ever fought, while dramatically reducing the so-called state building role of the imperial hegemon. ‘We will re-escalate the war in Afghanistan, and India will help stabilise things,’ is no doubt moulded on Trump’s frequent refrain, which purports to do something major while putting the onus on someone else entirely. It thus echoes ‘We will build a wall and Mexico will pay for it,’ or ‘I will cut NATO budget, and Germany will pay for it.’

For Pakistan however, bringing India into the picture in such a significant way is an anathema, no less than itself being chastised for the infamous double-game.

There is nothing new in Trump’s remarks, other than the fact that he ventured to make explicit, things that were implicit in his signature style of blurting out inconsistencies in an arrogant manner that destroys years of diplomacy. It should be recognised that Trump merely is an actor in this sequence of events that have had various iterations since 9/11.  This scenario has echoes of Obama’s Abbottabad incursion, and the Hillary Kerry-Lugar bill fiasco, among other countless times in the past, when diplomatic relations between the superpower and its non-NATO ally have soured, hit rock-bottom and somehow miraculously bounced back, or slid forward in any case.

No doubt, we are still in the Afghanistan-USA-Pakistan matrix, only this time it feels like Matrix Reloaded, the unceremonious third sequel of the 1999 cult classic film, in which it turns out the Matrix is constantly rebooted and starts up the same way over and over again, with only minor glitches -- Trump is just a more obnoxious variant of the countless Agent Smiths that keep reappearing without fail. However, in order to understand this latest rendition, we have to refer not to the most recent, but the very first iteration of the scenario.

The year is 2001 and the principal protagonist is retired General Pervez Musharraf. The scene is laid out in the former military ruler’s book In the Line of Fire. The part played by Donald Trump in the current sequel was originally played by the gun slinging George W. Bush -- his famous dialogue: "You’re either with us or against us". Musharraf has made a fair bit about this statement and the existential threat it implied to Pakistan’s safety, security and stability. The then general quickly did some military math in his head and decided, in a couple of days, to throw in Pakistan’s lot with the United States’ abysmal and endlessly failing war on a concept in the graveyard of empires.

Reading the 9/11 chapter from Musharraf’s memoirs sixteen years down the line feels like watching a rerun of a sequel on a bootleg camera print recording. He uses the ink to justify his quick decision to back the United States in their invasion of Afghanistan.

Looking back, the question remains however, if we could pull the diplomatic standoff now, what was stopping us from doing it back then? The general justifies his descision through a hard dispassionate military analysis, war-gaming the US and Pakistan, but it wouldn’t have taken a strategic genius to call the American bluff at the time. The US was not going to invade Pakistan had we not given our full support at the time.

So what was the main concern? It was neither our love for the United States or our chagrin with the Taliban. In fact, the saffron elephant in the room was India. As Musharraf says in his account, if we had not supported the USA invade Afghanistan, India would have eagerly obliged, and Pakistan would have lost an important opportunity. The war having lasted over a decade and a half, a gain begins to look like a loss and a loss very much like a gain.

Nothing has changed, in fact, India is still squarely in the picture, and that is exactly why the South Asia part of Afghanistan-South Asia bothers us so much.

India has been, and will continue, as per Trump, to take a state-building role in Afghanistan, only to further isolate Pakistan on both its western and eastern borders. Meanwhile Pakistan gets bumped down from major non-NATO ally, to a non-ally that has become an expert in playing a recursive ten-dimensional realpolitik game of chess on steroids, while putting on the line the safety, security and well-being of tens of thousands, if not millions of lives by going into a ruthless war-without-end against ourselves.

Is there a cost-benefit analysis that still favours our position? Indeed, it would be hard to take a stock of what we have gained, if anything at all, from this whole imperial war facilitating enterprise. India is still at centre stage of the strategic picture, the terrorists are still romping about, the Taliban are in control of large swathes of Afghanistan, and of course, the US has (yet again) forsaken us.

Things may always seem clearer in retrospect, but one does not necessarily need perfect vision to suggest that in the days and weeks after September 11, Pakistan had a world-historical opportunity to stall, or perhaps even avoid, one of the greatest massacres in history, had we played our diplomatic cards well and had this same standoff back then.

Instead, we chose to throw ourselves head first, in the line of fire, casting our lot with the United States’ failed and callous war effort without giving anything so much of a second thought.

The choices we make