When a tree was martyred

Trees are like our collective mind; they retain the memories. Of the many columns that Intizar Husain wrote on trees, here is one from 1964 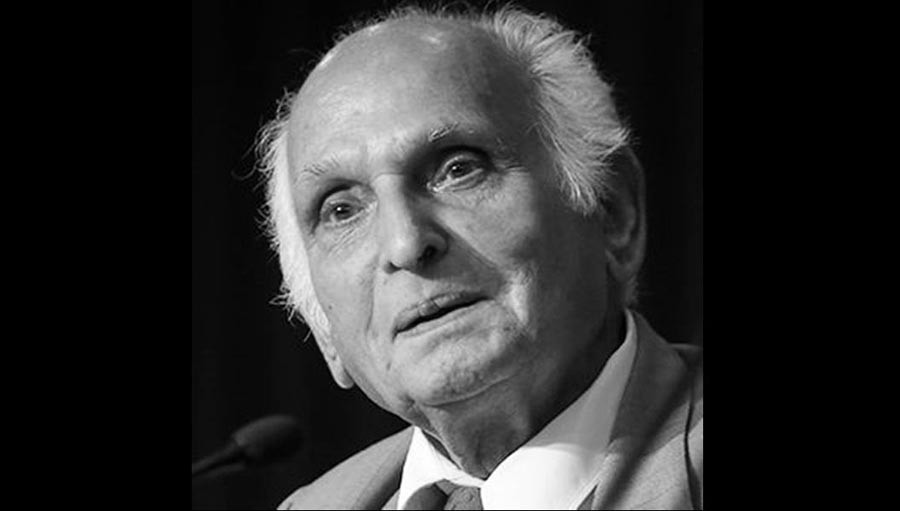 The Punjab University has lost its patron saint. Close to its gate on the Mall Road stood a tall shady tree for a long time. All this time, many vice chancellors came to the university and went. But this ‘vice chancellor’ stood its peculiar ground and remained part of the university’s grand traditions.

This week, a strange catastrophe occurred. Those seeking to widen the road thought it fit to chop this dignified tree, leaving the dead body lying on the road for days.

A former student saw the dead tree lying on ground and wistfully remarked, "I stood under this tree and waited for my beloved."

That’s when I wondered as to how many memories of longing and actual meetings were associated with this old tree of a young neighbourhood. How many may have waited here in the shade for their beloveds? Those pleasant and unpleasant moments may have passed but this spot was still a repository of those memories.

Trees are like our collective mind; they retain memories as if it’s a sacred duty. But it seems memories matter little in an industrialised society. In modern cities, traffic problems have taken precedence over memories and trees are being constantly chopped.

Trees have been cut before but, earlier on, the cutting of a tree was a major event. It is said that Hazrat Zakriya, scared of the excesses of his followers, took refuge inside the trunk of a tree. His followers sawed through the tree, cutting into two both the prophet and the tree. But the princess in the fairytale who took refuge in a tree used her melodious voice to enchant those who wanted to cut the tree and saved her own life.

There used to be a time when trees acted as prophets and also princesses. But that time has passed. Now is the time of Lahore Corporation, buses, motor cars, taxis and unwanted trees.

The cutting of a tree has been rendered in this couplet by Kabir:

Here, as the Corporation staff approaches, the tree on the Mall looks silently at the surrounding trees and leaves without much ado.

The poet in this city does not utter a word about the trees being cut. Last year, when another old tree on this very Mall Road that takes one to the Anarkali Bazar became a victim of the Corporation, I mentioned it to a ‘barrister’ short story writer. The barrister quipped, "You are suffering from nostalgia. Mourning forever the loss of tamarind [imli] trees in your hometown, you have now started becoming emotional about the trees in this city. But this is not a small town; it’s a new city and we are living in the twentieth century."

The barrister honked, signaling me to move aside and went his way to Model Town. I was then reminded of the Italian short story writer Alberto Moravia. In the new city of Rome, a tree was cut as per traffic needs. Alberto Moravia knocked the door of the court and prayed that the Corporation be declared a murderer, claiming "It has martyred a fellow living being of mine".

Thus, don’t count the tree among the dead; they are living beings. Prophets, sages, poets and princesses have all thought and said so.

Read also: A one billion project

In this city of Lahore, the tradition of spiritualism has been as deep as the roots of trees. Now both are being uprooted. In earlier times, shunned by the cruelty of rulers, the poor and the honest sought refuge under a sufi saint. Today, the homeless and shelter-less in this city would look at the new construction plans and the newly set up colonies and seek solace in the shade of these trees. It is actually very difficult to count the number of trees in this city or to count how many poor people have sought shelter or set up shops underneath these trees. One must thank God that there is only one Mall Road in this city and the Corporation is not as worried about the rest of the roads. Thus, trees that are not located on the Mall Road can breathe in peace.

The traffic problem is becoming complex as the city is expanding and the roads that are not widened today will be done so tomorrow. Hence, the space for trees is shrinking in the city. Each tree that is chopped seems to say to the other one, "It was my turn today, tomorrow it will be yours."

From the collection Boond Boond

Translated from Urdu by Farah Zia

When a tree was martyred