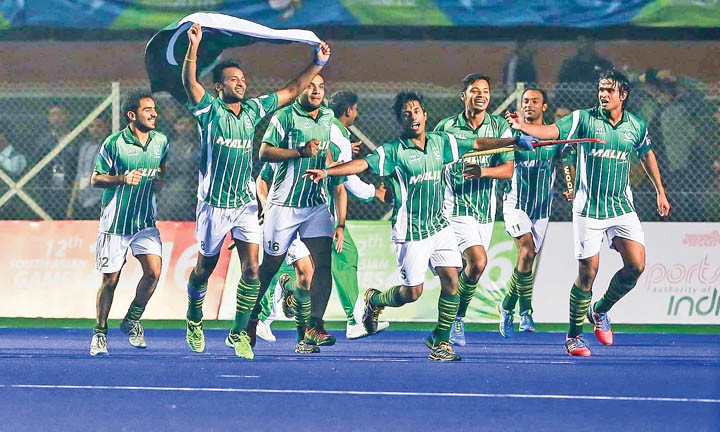 Not too long ago, Umar Gul was regarded as one of the key members of Pakistan team’s bowling attack across all three formats. Memories of his lethal, match-winning spell against New Zealand in the 2009 ICC World Twenty20 championship are still fresh in the minds of many cricket fans.

Unfortunately at just 33, Umar Gul has almost become a story of the past. However, the good thing about him is that the pacer isn’t bitter about it.

That’s precisely the reason why he was among the millions who celebrated when the Pakistan Cricket Board (PCB) announced last week that a World XI will visit the country in September to play three Twenty20 Internationals.

"This is fantastic news for the followers of cricket in Pakistan. It’s great to hear that the top players from world cricket will be visiting Pakistan and I hope and pray that all goes well on this tour. One must thank the PCB and its Chairman for turning an idea into reality. I feel that a successful tour by the World XI will serve as an important first step towards a full resumption of international cricket in Pakistan. The Sri Lanka and West Indies teams will also hopefully visit Pakistan after they see how well the World XI tour of Pakistan goes, especially in terms of the overall security situation," he told Pakpassion.net in an interview.

Gul also sounded positive about Pakistan finding worthy replacements for the likes of Misbah-ul-Haq and Younis Khan, who have recently retired from Test cricket.

"It is difficult for any team when players of such standing leave at once and you cannot expect replacements to be found instantaneously. It will take a little time to prepare batsmen who can step into the vacant positions but in my mind, Usman Salahuddin will be an able replacement. He has performed well in the last season and has all the qualities needed to succeed at the highest level. Like I said, we may not have ready replacements for Misbah and Younis but it’s only a matter of time before such players emerge from our system," he said.

Despite the fact that the injury-prone Gul has been out of the national team since 2016, he is confident of making his international comeback.

"I have been working very hard in the past few months and feel totally fit at the moment. The injury during PSL was a big setback for me but I have completely recovered from it and I also took part in the Pakistan Cup in April this year in which I took 7 wickets in three games. Looking ahead, I will be taking part in the National T20 Cup for Islamabad which has now been postponed due to the World XI visit to Pakistan. Beyond that, I am also looking forward to the Quaid-e-Azam Trophy in which I would like to show the world that I am back to my best and wish to play for Pakistan again," he stressed.

Meanwhile, Pakistan hockey is also celebrating the news that the national team has qualified for World Cup 2018 despite its below-par showing in a qualifying tournament played in England earlier this summer.

The International Hockey Federation (FIH) recently announced that four-time former champions Pakistan have become the 13th team to qualify for the World Cup 2018.

Ranked 14th in the FIH rankings, Pakistan finished seventh in the Hockey World League Semi-Final in London earlier this year, meaning they did not immediately qualify for next year’s World Cup to be played in India.

However, the results at the EuroHockey Championships, in Amsterdam, "have gone very much in favour of Pakistan, with all four of the semi-finalists having already qualified for the World Cup via the Hockey World League route," the FIH said in a statement.

"This means that the World Cup ticket goes to the highest-placed finisher from the Hockey World League Semi-Finals that has not already achieved World Cup qualification. Pakistan are the higher ranked of the two seventh place finishers" and will, therefore, get their ticket to the cup despite less-than-stellar performances.

Pakistan, who failed to qualify for the event in 2014, have won four World Cup titles, more than any other nation.

However, since 1994 when they last won the coveted crown in Sydney, Pakistan’s hockey fortunes have taken a dip. They will have to really punch about their weight to make their presence felt in the World Cup. Otherwise there will be more disappointment for Pakistan’s hockey fans.