In a city like Lahore, a flashed headlight is usually an aggravated repetitive assault on the eyelids of whoever is blindly subjected to it 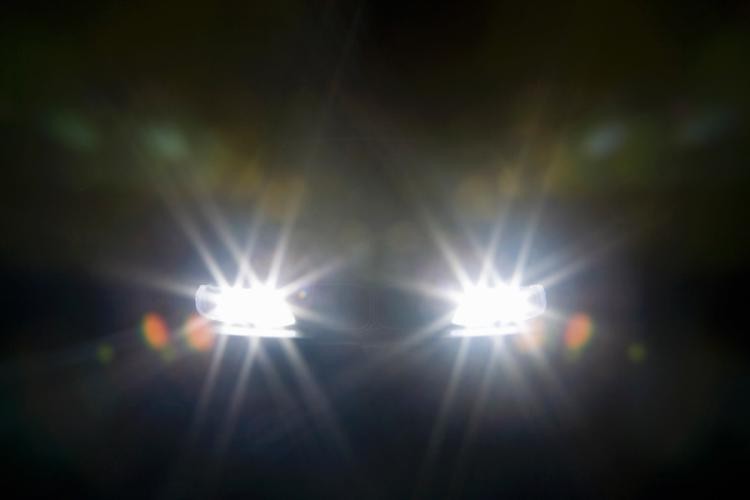 Cities and lights will always be bound up together in the ephemeral idea of "City Lights." It is often said of people in the rural areas of Pakistan, that they come to the shehr (city) to see its batiyan (lights). The dark truth about the shehr ki batiyan, however, burns on the eyelids of city inhabitants like sunspots turning hues of green, fuchsia, and purple in the city night. The lights whizzing along on the streets of Lahore and its throughways are no longer the harmless lights that one could gaze at with amusment; the laser-like LED and bright neon halogen headlight enhancements on the contrary gape deep into any nighttime driver’s soul and burns innumerable spotted holes in it that even time may never heal.

According to driving norms in most Western cities, a flashed headlight usually is a sign of warning, or of courtesy, or even a way of saying thank you. In a city like Lahore, a flashed headlight is usually an aggravated repetitive assault on the eyelids of whoever is blindly subjected to it.

It is true, headlight flashing in Lahore has become a complex form of communication yet no one knows how it has evolved. Lahori drivers negotiate complex life-and-death situations at high-velocity in cryptic pulsated morse-code-like forms.

A flashed headlight in Lahore throws all semiotic theory into postmodern darkness, because no one can any longer say they know what it means anymore. A dimmer is like a Facebook "Like," no one really knows what it means. It could mean, "Get out of my way," "I am coming fast," "I will run you over if you don’t move," etc. Inadvertently, each flashed headlight is usually responded to with a counter flash and so the night-sky is lit up with flashes of absurd gestures of temporarily blinding the driver who is headed at right at you.

A dimmer is like a Facebook ‘Like;’ no one really knows what it means. It could mean, "Get out of my way," "I am coming fast," "I will run you over if you don’t move," etc.

As you drive off into the immense night of Lahore, the blazing pulses and crashing crescendos set your field of vision alight -- the heralding beacons of very objects that are coming towards you at high velocities are blinding you to their own trajectories.

You could be driving calmly at night, cruising at a comfortable speed, listening to your favourite driving music, and suddenly yet inevitably you will hear an engine roar right up behind you. But even before you hear that engine, you will witness the insides of your car light up like a flashback to a Pink Floyd-esque laser light show from the 70s, as the driver sends you strobe flashes at random intervals while speeding up to you. The flickering lights will be persistently blinding. Once you are able to identify the lane marker through a field of vivid coloured spots, you will change lanes. The strobe-light driver will then whizz right up to the next car in the lane and start pulsating like an orb again.

From the other side of the road, cars could be driving straight at you in your lane on a head-on collision course with their headlights on high beam. One could flash them to remind them that their lights are on full but usually it is a futile endeavour at best during a high-speed game of blind chicken.

Some of these drivers have enhanced fittings to have bright white lights even more piercing to the eyes of an innocent passerby. If you happen to flash these cars, thinking their lights are on full, they will turn their floodlights to make the road into a day/night One Day International, and you into a blind bat hearing out for SONAR to keep yourself from colliding with fate.

Some drivers must have felt that the only way out of others blinding you with their lights is to get even brighter lights. Hence we are stuck in an ever-escalating arms race of painting laser lightscapes on Jail Road, on Main Boulevard, on Ferozpur Road, on all the streets of Lahore, even the random numbered streets of DHA.

In the distant future in Lahore, the night will be a thing of the past, now painted in white and neon. Flash forward one thousand years -- the main airways of Lahore will have X-Wing and Tie-Fighter-like space objects flown by Lahori Star Wars kids tearing through the skies with light-saber-like laser beams that tear through the air, the wind, through everything. Everyone will be wearing VR-goggles like prosthetics, not for any VR, but just to keep the afterglow from bleeding out your eyeballs. Maybe some day in the yet deeper future, one of the Lahoris will realise what Gandhi said about "an eye for an eye…" Until then the escalation of peptonised, photo-optic driving technologies must continue unimpaired into the fast city nightlife of the streets of Lahore.