The arrival of Mohamed Farah 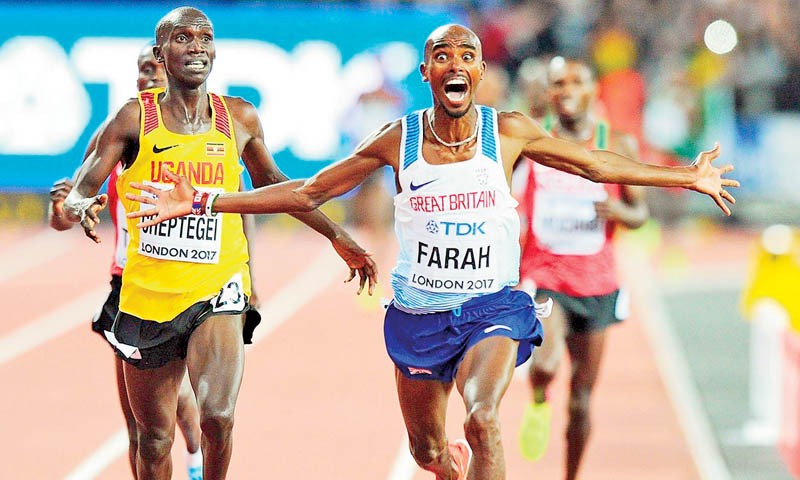 The reign of Mo Farah as the greatest track runner ends on Sunday (today) in Birmingham. The era of Mohamed Farah, the marathon man, begins soon after that.

The four-time Olympic champion stunned the sporting world when he announced in London earlier this month that he wants to be known as ‘Mohamed’ when he begins his career as a road racer.

"My road name is Mohamed," he said after winning a silver medal in his last ever track race at a major championships in London.

"I just feel like Mo is done. I need to forget about what I’ve achieved and what I’ve done."

Farah, 34, is not the first celebrity to have changed his name. Mohammad Ali did it successfully.

But many have found it tough for their fans to call them with their new names.

Manchester United striker Andy Cole decided that, at the age of 28, he wanted to be known as Andrew. Nobody really listened.

But we expect that like Mohammad Ali, Mohamed Farah will successfully rebrand himself.

Meanwhile, Farah is looking forward to life away from the pressures of the track. But before switching to road racing, he will make a final appearance on the track in Birmingham at Sunday’s Diamond League meeting.

"I’m definitely more relaxed, more chilled," he said. "I don’t have a target on my back.

"I will have more than fun. It’s going to be different but I’m excited."Farah, who won his sixth world title in London earlier this month, if fully aware that marathons will be a different ball game.

He finished eighth in a time of two hours, eight minutes and 21 seconds at the 2014 London Marathon, his only attempt at the distance.

Dennis Kimetto’s world record – set the same year in Berlin – is almost five and a half minutes quicker. "People expect me to do certain things in the marathon because I have won so much stuff on the track, but it is a completely different event," he said.

"I want to go in with a new mind and vision, forget about what I have achieved as Mo and learn and understand the event and see what I can do on the road.

"It will take me a couple of times at least to get it right."

Farah wants to feature in marathons in New York, Boston, Berlin and London. There have been reports that London Marathon officials were preparing a six-figure offer to tempt him to run the 2018 and 2019 races in his hometown.

While Farah is looking forward to a new career, another athletics legend Usain Bolt is going through a tough time.

Bolt, regarded as the greatest sprinter of all time, suffered a hamstring injury in his farewell race at the World Athletics Championships in London and recent scans have revealed the damage will rule him out of action for three months.

That’s bad news for his fans who were hoping to see the Jamaican super star in a football match featuring Manchester United Legends and Barcelona.

His injury means that Bolt will not take the field for United Legends at Old Trafford on September 2 in the charity game for the Manchester United Foundation.

Bolt, 30, tweeted: "Sadly I have Tear of the proximal myotendineous junction of biceps femoris in my left hamstring with partial retraction. 3 months rehab."

It has been Bolt’s dream to play a high-profile football match.

"I don’t usually release my medical report to the public but sadly I have sat and listened to people questioning if I was really injured.

"I have never been one to cheat my fans in anyway & my entire desire at the championship was run one last time for my fans.

"Thanks for the continued support my fans and I rest, heal and move onto the next chapter of my life #Love&LoveAlone."

The arrival of Mohamed Farah