Is Stokes really the best? 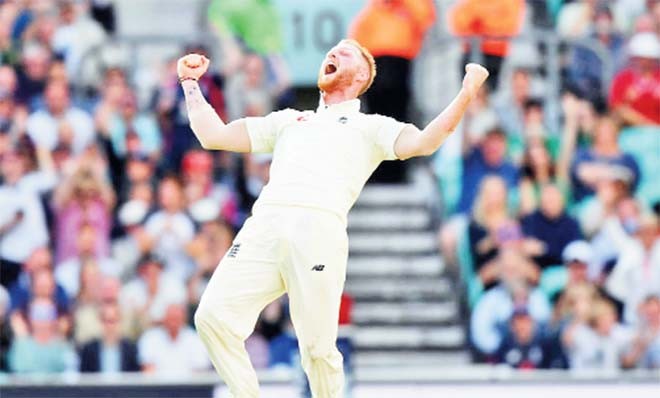 ecently, Indian captain Virat Kohli said Hardik Pandya could be for India what Ben Stokes is for England. He said this after the 23-year-old bowling all-rounder made a quick-fire half-century in his first Test innings against Sri Lanka.

In my view, Ben Stokes is an overrated player. There are much better all-rounders in world cricket today whose performances should be the benchmark for the young cricketers coming up.

If we consider only fast bowling all-rounders, there are many players better than him.

He is not the best even in his own country. There is Chris Woakes who has got fewer opportunities than Stokes but has performed well whenever he got chance.

Vernon Philander of South Africa averages about 26 in Tests and has 171 wickets from 46 matches, 3.71 wickets per match, much better than Stokes.

Mitchell Starc of Australia averages 25 in Tests and has 148 wickets from 36 matches, 4.11 wickets per match, again way ahead of Stokes.

If we include spin bowling all-rounders in our analysis, there are many players who are much more valuable for their teams than Stokes is for England.

Moeen averages 35 in Tests and has 123 wickets from 41 matches, three wickets per match.

Ravi Ashwin of India averages 32 with the bat, which is a huge bonus for the Indian team since he is a specialist bowler with 286 wickets from 51 Tests and has rightly been called the Bradman of bowlers.

Shakib Al Hassan of Bangladesh averages 41 in Tests and has 176 wickets from 49 matches, a brilliant 4.09 wickets per match.

His average of 35 in ODIs and 224 wickets from 177 matches make him the best all-rounder of the world cricket today. In T20Is, his batting average is 23. Besides, he has taken 70 wickets from 59 matches.

Is Stokes really the best?