Instead of trying to remove the roadside vendors, the town administration should regulate these very popular and consumer-friendly entities 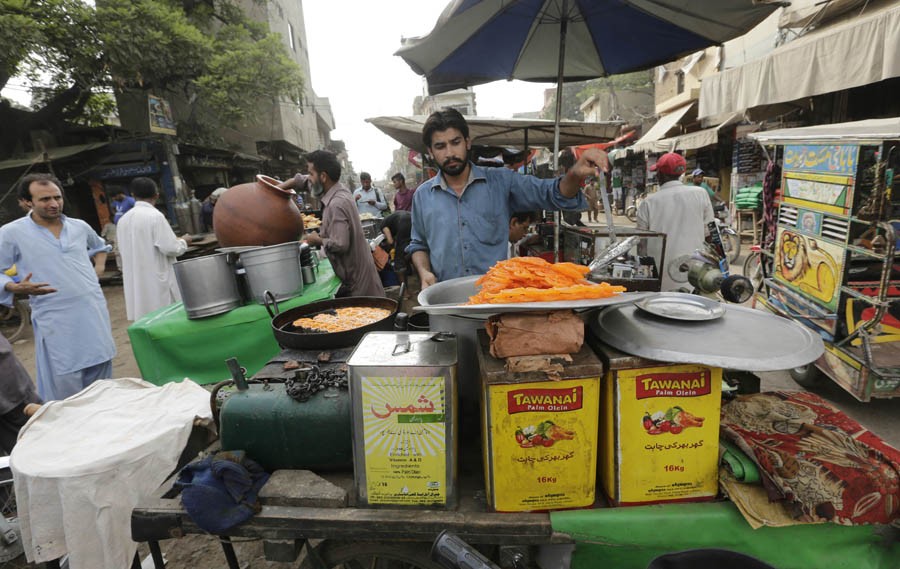 Vendors of fruits, vegetables, second-hand clothes etc., are a common sight on the city roadsides, chowks, roundabouts, and even the footpaths. Despite being variously derided as ‘encroachments’ by city planners and town administrators, they remain a popular entity, chiefly because they are your mobile ‘convenience stores’ and also because you can always haggle over the rates of items they offer.

No wonder, they have their regular clientele that wouldn’t even feel the need to go to mainstream marketplaces. The housewives, for instance, wait for them every day to stop by at their doorstep -- typically, every locality has a different set of pushcart vendors -- and have developed a relationship of trust with them.

Ironically, this poor lot is forced to run their small, makeshift stalls in an atmosphere of intimidation and harassment. The Town Administration (TA), particularly, has a role to play here: They neither legalise the roadside vendors nor let them function freely. The poor people are fined, booked, their pushcarts seized for occupying public places or roads without permission. Those that are allowed to exist are the ones who agree to pay a bribe.

Mohd. Iqbal, who sells fruits on his pushcart at Milad Chowk, Delhi Gate, tells TNS: "This place has seen fruit and vegetable vendors since Zulfikar Ali Bhutto’s time. A Ramzan Bazar would be set up on this road every year back then. But the Ravi Town Administration does not recognise these makeshift stalls. In the name of operation cleanup, they remove all the stalls and pushcarts.

"We are ready to give any government fee for using a public space, but it seems the town administration doesn’t want this either," he adds. "They send their staff which harasses us and also extorts money. Each of us is issued a receipt of Rs1,000 every week. If we refuse to pay up, the anti-encroachment team dumps our stalls in their trucks. FIRs are also filed against us in that case. This is not fair. We work all day long, tolerating any weather conditions, to make both ends meet, and this is what it comes to."

According to Mehar Ashfaq, a vegetable and fruit market dealer, "80 per cent sales of fruit in the city is owing to these vendors.

"People like to buy fruit and vegetables from these because it is commonly believed that their items are fresh and cheap," he says.

Makeshift stalls and vendors pushing their carts loaded with a variety of seasonal fruits and vegetables are found in abundance around FaridKot House; in Krishan Nagar, near Chishtian School; on Haider Road and Wahdat Road; at Thokar Niaz Beg, in Mughalpura, Badami Bagh, and Butt Chowk in Township. It’s a means of livelihood for thousands of poor and illiterate people who know no other way to feed their families and themselves. These little ‘businesses’ suit them especially because they don’t require a large infrastructure or investment. "Anyone can start in this with as little money as Rs1,000," says M. Iqbal. "This is within our buying power."

"We are ready to give any government fee for using a public space, but it seems the town administration doesn’t want this either," he adds. "They send their staff which harasses us and also extorts money. Each of us is issued a receipt of Rs1,000 every week. – Mohd. Iqbal, street vendor

Iqbal adds that even the poorest strata of society "buy from us; they can’t go to expensive markets."

So, what should the government do? Asghar Billa, who has a fruit stall close to Delhi Gate, recalls how some 30 years ago, the government set up a market of around 20 shops in the city. "The idea was to shift the vendors there. But the market was too small to accommodate all of us. Secondly, the prices of these shops were beyond us."

Railway Workshop (Engine Shed) is one popular spot for the fruit and vegetable buyers. In the beginning, the railway workers would purchase cheap fruit, vegetables, second-hand woolies, home utensils etc from here. With time, its popularity spread to the entire city. Today, people from even remote areas visit the place and do their grocery at very reasonable rates.

For the common consumer, such spots are a blessing. As a retired army officer, standing next to a roadside stall, puts it: "You can find different varieties of fruits and vegetables here. And their quality isn’t bad, as some people might think. On top of that, the prices are reasonable."

Vendors of second-hand clothes are another favourite among the common people. Though, they don’t usually move their stalls around the city roads. Their pushcarts are often laden with branded merchandise, the likes of which are available at the original outlets at exorbitant prices.

Empress Road, near Haaji Camp, and Landa Bazaar, Railway Station, are popular haunts for lovers of branded stuff. If you visit the Empress Rd on a Saturday or Sunday, you will find long lines of cars waiting to park. Apparently, the consumers of these clothes aren’t just the lower strata of society, but everyone else also. These people are here especially to buy branded (albeit second-hand) coats and jackets.

A senior professor who is now based in Ireland says he doesn’t go to big shops in Pakistan, "I love to shop from these pushcarts. I sometimes find such branded shirts here that I have seen in malls in Ireland."

A Ravi Town official rejects the allegations that the town administration staff harasses the roadside vendors or accepts a "monthly" from them. Requesting anonymity, he says that action is taken "only against those vendors who block traffic and/or overstep the line drawn by the Town Administration [TA] for pushcarts."

He not only sees the vendors and pushcart owners as illegal encroachments, but also calls them "a mafia. If action is taken against them, they come out on the roads and burn tyres."

When asked as to why are these poor people not given a permanent space to run their small business, the official cites the examples of Engine Shed and Delhi Gate where "this method [of regulating the vendors] failed. In the past, those that were given separate places or shops not only became permanent occupants but also rented the spaces in front of their shops to other vendors, which aggravated the traffic load on the roads."

TA, Aziz Bhatti Town, had set up Rehri Bazaar on Canal Road, near Laal Pul, to promote clean and legalised cart culture, but now it has been removed for widening the Canal Road.

A traffic warden on duty at Milad Chowk, Delhi Gate, believes that all efforts to remove the vendors have proved to be "a temporary solution, because after sometime they [the vendors] manage to come back, in connivance with the TA staff."

He suggests that the vendors should instead be afforded independent spaces to set up their stalls.