A novel strung together by themes of impermanence, immortality, human savagery and injustice against the backdrop of Lahore, Takshashila, Tilla Jogian and other cities 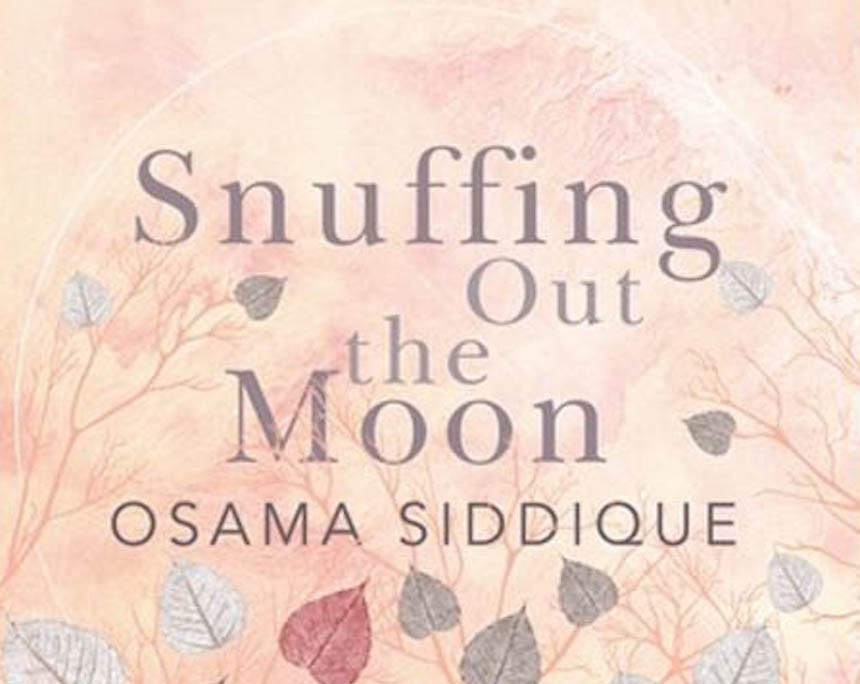 Reviewing a novel, a poem or an artwork is a kind of subjective process. To state at the outset, a work of literature or art is aesthetically ‘felt’ -- felt as the emotional reactions it evokes emphatically impact our psychological and emotional state.

The aesthetic experience transforms not only our emotional being but also affects our visual cognition. New channels of vision are opened up, and we are compelled to change, in the words of John Berger, "what we look at" because "to look is an act of choice". The altered ways of seeing, eventually, align our placement in the immediate environment. For instance, hierarchies are displaced or built anew and heroes become villains and the once-villains turn into new heroes.

So, engagement with an artistic work ushers in an alchemical presence; but story-telling, in particular, wields a magical quality, a tilism, which Scheherazade, a young Iranian queen married to King Shaharyar, breathtakingly employed to avert the prospect of impending death, night after night. Till after 1,000 nights and 1,000 stories, the king -- whose heart had turned hard against the fairer sex after the betrayal of his wife and who had ordered the killing of his new wife after a night’s tryst -- was healed, his grief redeemed, and he fell in love with his story-spinning queen.

Reading Osama Siddique’s novel Snuffing Out the Moon has that transformative quality, for I felt that I was entering into different thresholds manifesting manifold illusions: From Mohenjo Daro to Takshashila to the subah of Punjab to the British-administered Punjab (1857) to contemporary Lahore (2009) to the futuristic Water conglomerate (2084); the crossovers undulate forward and backward, as if you are swinging on the roots of an old Banyan tree.

The illusions of different epochs either change or in many instances remain constant and vary from Mohenjo Daro’s chiselled beads, deemed as a symbol of the city of bricks’ brilliant craftsmanship, to the Mughal Emperor Jehangir’s grandiose tiles -- the World-Seizer -- to his equally grandiloquent dream of a permanent empire to the ever-elusive justice for Rafiya Begum.

Interestingly, the narrative structure of Snuffing Out the Moon cannot be fitted neatly into our traditional understanding of the genre of novel. In a conventional structure, as the plot unfolds, the characters expand through intensification of conflict and their subsequent resolutions. Not only is Snuffing Out the Moon without an overarching storyline, even various sub-plots of myriad historical ages do not gel with each other because of different characters and narrative episodes.

I entered into different thresholds manifesting manifold illusions: From Mohenjo Daro to Takshashila to the subah of Punjab to the British-administered Punjab (1857) to contemporary Lahore (2009) to the futuristic Water conglomerate (2084).

The novel is strung together by the recurring themes of dread of impermanence, desire for immortality, human savagery unleashed against nature as well as fellow human beings, and injustice. However, certain locales, such as Lahore, Takshashila and Tilla Jogian provide a steady background for contemplation and acting out of the themes. And, with a few exceptions, the characters emerge tentatively, almost like fleeting scenery observed from a moving train in more than one epoch.

Mahmood Ali, a young revolutionary in the British-administered Lahore, helps out fellow revolutionaries like Mir Sahib, a dastango, who after Oudh’s annexation to British India by the East India Company, settles in a relatively less-restive Lahore, and earns the ire of Lahore’s gora administrators for his message of uprising, embedded within the fabled mysteries of Tilism-e-Hoshruba. Mahmood Ali aids Mir Sahib to escape from Lahore and later, in the contemporary setting of Lahore, an old woman, Rafiya Begum, discovers his grave in the Miani Sahib graveyard.

Gradually, as the tenuous hope of finding justice eludes Rafiya Begum, visits to his grave become a solace for her disconsolate heart: "She developed a strange affinity for that placid patch of earth where the remains of the young man had lain for some 150 years." Similarly, Buddhamitra, the wise monk of Takshishala, who teaches his disciple how to observe the empirical reality to untangle the webs of optical illusions and use the insights for spiritual enlightenment or "the mind’s eye" leaves behind scrolls at Tilla Jogian -- his gift for posterity.

Essentially it is omens, nightmares and visions dwelling in the harassed minds of characters, from Prkaa to Buddhamitra to Billa the meter that coagulate the novel. Not only do omens/visions give impetus to the narrative flow and intensify conflict, they also provide the much-needed structural fluidity to the sprawling narrative. The serpents’ dance of death and survival, witnessed by Prkaa from a tree-top, as a recourse against inundation of the reptiles’ hilly habitat -- as a result of human degradation of environment -- stands as a metaphor for what catastrophes can accrue when a spanner is thrown in the working of forces of nature. Not only the exploited but exploitive, too, become victims of their fury. Again, the act of witnessing of hissing serpents is transformative and portends the calamities that fall in different historical epochs.

As a consequence of climatic uncertainty, wars, and predatory instincts of the ruling classes, Prkaa of Mohenjo Daro, Buddhamitra of Takshashila, Rafiya Begum of Lahore and Prashanto Adam Farooqui of the Water Conglomerate become exiles or pariahs. They refuse to conform to established ways of thinking and prefer to live outside the confines of society, not only physically -- in jungles, caves, and graveyards -- but also because of their seer-like intuitions to sift illusion from reality.

Seers they might be, but they still lack the roundedness which the characters can grow into when their peculiarities, idiosyncrasies and limitations are unravelled. To a considerable extent, the void of three-dimensional characters is filled by tricksters and cheaters like Sikander-i-Sani, Altaf Gulfam Amerzada, Billa the meter, Amin-ud-din Ameerzada -- inimitable, endearing and providing the much-needed comic relief. While seers contemplate, tricksters are men of action who invent different stratagems to make fortune and increase their clout and power.

Snuffing Out the Moon, whose title is drawn from one of Faiz Ahmed Faiz’s poems, is a book of journeys, cross-overs and breaching of frontiers across space and time till we abide in "timeless time." The very thought that the moon, which warms the hearts of lovers in Faiz’s poem, can be snuffed out is horrifying, and the overall mood of the novel is melancholic. In T.S. Eliot’s style, it is declared "this is an unloved city that we live in now". Still the scrolls of Buddhamitra and history books of Alexander Al-Murtaza Afaqi, which don’t erase human history to construct self-serving versions, hold hope howsoever bleak for humanity.