Released from prison in December 1970 after the return of democracy in the country, Akhtar Baloch’s writings from prison were first published in Sindhi 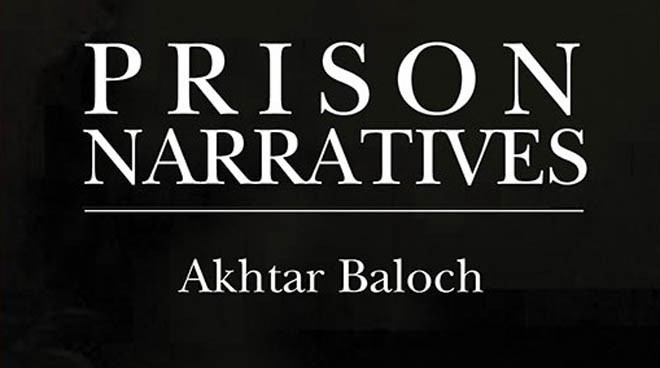 For 18-year-old Akhtar Baloch, who had grown up amongst people who were involved in protesting One Unit and repression, youthful activities did not hold meaning. She wanted to go and join the "honourable Vietnamese and the Palestinians" in their struggle against their oppressors. To her, dying for a cause meant dying as a human. Or so she told her ailing parents whom she had been attending to at a hospital amidst a brutal crackdown on students and activists protesting against the then military regime of Yahya Khan (1969-71).

Struggle ran in her blood. Her mother, Jiji Zarina Baloch, who had separated from her husband after he opposed her further education, had long been a symbol of hope, revolution and struggle in Sindh. Her songs, writings and teachings all came straight from the heart.

Akhtar Baloch fell to the timeless appeal of Jiji’s voice when she sang Sindhi Sufi scholar, mystic, saint, and poet Shah Abdul Latif’s poetry to her in Khahori sur: "Whoever got a taste of the revolutionary ways left their material wealth and was engulfed in the people’s flame."

Adding to the inspirations in her life was Rasool Bux Palijo, Akhtar Baloch’s stepfather and a Sindhi intellectual and writer whom she lovingly called Ada (elder brother). After she had left to stage a hunger strike in Hyderabad against the crackdown, Palijo commented from the hospital bed: "It is often better to risk facing uncertainty than being content with inaction and cowardice."

And with this hunger strike and her subsequent arrest on November 19, 1969 starts a series of Akhtar Baloch’s diary entries which comprises Prison Narratives. Originally written in Sindhi and published under the title Qaidyani ji Diary in 1972 the book has now been compiled and translated into English by Asad Palijo. It details the author’s experiences during her imprisonment at Hyderabad and Sukkur jails of Pakistan in 1970. Initially locked up in the Hyderabad Jail, Akhtar Baloch continued her hunger strike, this resulted in a military court sentencing her to a year’s imprisonment at the Sukkur Jail.

Akhtar Baloch’s prison memoirs provide insight into Pakistani society of that time. Her book stands out because she details tales of injustice to women prisoners: married young, married after religious conversions, married to the Holy Quran or married to resolve family feuds.

The Sindhi language version of the book served as motivational literature for the Sindhiani Tehrik, once the largest organisation of Sindhi women. While the English language version contains additional notes by Rasul Bux Palijo. These notes provide context that helps us understand Akhtar Baloch’s induction into political activism as well as what led to the students’ hunger strikes in Sindh.

Prison literature has always been widely read. But Akhtar Baloch’s writing is "innocent and full of hope much like the pleasant breeze of the Indus," according to Sindhi-language novelist and scholar Sirajul Haq Memon, who wrote the foreword to the Sindhi edition. Her innocence is revealed when she tells us: "…Ada Hameed Sindhi, who was passing by stopped to ask why I was sitting there. These inquiries made me realise that I had forgotten to mention on my placard my reason for staging a hunger strike."

Akhtar Baloch’s diary entries quote letters she receives from Jiji and Palijo, at one point she also mentions an "intelligible" letter from her younger brother, Ayaz Latif Palijo. The letter has been interpreted by her mother: "Bring me a squirrel. If you cannot bring a squirrel, then bring a rat or a hedgehog."

Memon, in the foreword, talks about the writer’s spontaneity as she "quite unintentionally [writes] a comprehensive and thrilling treatise on life in jail," and praises her "natural flow in diction, the meaningful simplicity of style and realism of content".

Only sparingly does Akhtar Baloch speak of herself and the pain she experiences in jail. "Our aged matron is fast asleep with her mouth wide open, enjoying the pleasant wind. I wonder how nice it would be to sleep out in the breeze like her. Inside the barrack, it is suffocating and hot." Released from prison in December 1970 after the return of democracy in the country, Akhtar Baloch continued to play an active role for safeguarding the rights of peasants and workers. She was also a teacher of Political Science.

Later on, she served an important role political and social movements such as the Movement for Restoration of Democracy and raising her voice for democratic values and social issues affecting indigenous people. All this showed how passionately Akhtar Baloch has held on to her causes, all the while she never created an aura of greatness about herself and remained a keen observer of politics.

Akhtar Baloch is not a fiction writer, yet her characterisation is marvellous in detail. To Memon such characters should not only widen the cracks in the walls of Sindh’s jails, but should also expose and destroy the very feudal fabric of Sindh.

Akhtar Baloch’s prison memoirs provide insight into the fabric of the Pakistani society of that time. This is reminiscent of Hamid Akhtar’s Kaal Kothri, a book describing the conditions of jails in Punjab in the 1950s.  But Akhtar Baloch’s book stands out because she details tales of hardship and injustice of the women prisoners: married young, married after religious conversions, married to the Holy Quran or forcibly married to resolve family feuds. How better to capture the melancholy than this: "Such is their agony and desperation that these wretched beings have resorted to goading and begging the crows to bring their messages for an early release but the crows are either deaf or unable to understand them."