If the Metro feeder route buses are to serve the commuters, they must abdicate the necessity of cards, and set up a recharge system within the vehicles 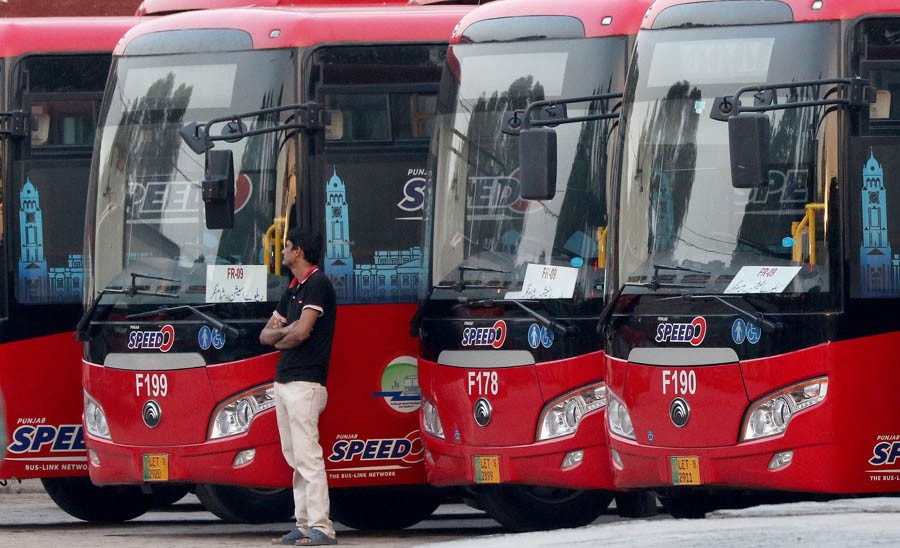 Interestingly, for a project whose capital cost is between Rs29-34 billion, Metro Bus doesn’t cover important city areas such as Allama Iqbal International Airport, Johar Town, Township, Defence Housing Authority, Green Town and Wapda Town. Come to think of it, even the feeder buses don’t consider all of Lahore.

The Punjab Mass-transit Authority (PMA) cut a deal with Daewoo Pakistan Express sometime last year. As per the details available on the latter’s official website, "Daewoo has invested Rs3 billion in the procurement of 200 new buses, including 162 large and 38 small ones. The company will own and operate these buses on the feeder routes of the Lahore Metro Bus service and bill the PMA on per-kilometre basis. The authority will pay Rs165 and Rs140 per kilometre for large and small buses, respectively."

Feeder buses, having ‘Speedo’ written on their walls and CM’s photo at their back, transport the passengers towards Metro. The 130-km territory of feeder buses also covers the 27-km Metro area. It costs you Rs20 when you board the bus for a single route. Five rupees are refunded when you scan the card before exiting.

Changing from one feeder bus to another or feeder to Metro also charges you Rs5. But you have to pay nothing if you use feeder after Metro. So, it costs Rs20 for single Metro and feeder bus route, Rs15 for single feeder route, adding Rs5 for every next feeder bus.

Only a few commuters use feeder buses for transportation. The most significant reason is the card-scanning payment system. This card adds to the woes of the poor passengers who pay Rs200 initially with Rs130 reserved for the card price and Rs70 in their account for further rides.

The common people also don’t like to have to carry the Metro card every where they go, and whenever they step out of the house. For instance, Mannan sees it as a "burden." To him, tickets issued at the spot is an easier way to go about it.

Abdul Mannan, 35, a water resource engineer who commutes daily through local transport, was stopped from getting into the Speedo bus by the conductor who demanded him to buy the card first. He comes down hard on the Punjab government’s policies, especially with regard to road infrastructure and transport, saying that the "government should’ve first remodelled its earlier projects [Metro, LTC etc] before introducing new ones.

"Feeder bus routes are eerie as they feed the Metro, not the public’s needs," he adds. "If I travel through the bus, I’ve to change it two or three times if I want to reach the Police Lines, Railway Station, from Muslim Town Mor."

A. Rehman, who is one rare Speedo commuter, says he has been availing the service for the past three months and "it was only once that the bus was fully loaded. Generally, only a meagre number of passengers use it."

He adds, "Many a time it’s only me in the entire bus."

In Rehman’s opinion, people are avoiding it because they can’t afford to spend Rs200 per individual passenger, even though it is a one-time payment.

"The bus routes have been designed so cleverly that they promote multiple changeovers, which means the passengers end up paying a lot more than they imagined when they reach their destination."

The common people also don’t like to have to carry the Metro card every where they go, and whenever they step out of the house. For instance, Mannan sees it as a "burden." To him, tickets issued at the spot is an easier way to go about it. "Also, the cards are recharged only at Metro bus stations, not inside the feeder buses. So, even if no Metro station comes along a passenger’s way, they must visit it to recharge the card."

Lastly, it seems disconcerting to see 200-odd air-conditioned buses roaming around the city (even though they disregard some areas) with very few people travelling. Enormous amount of money is being spent on mega mass transit projects; yet they remain defective. The idea of ‘development’ through which the Punjab government exploits the masses has become outdated for the West, whose cities are an ideal the CM can only strive for. ‘Human development’ is an indicator used for judging modern economies, not the money spent on infrastructure -- even though it does raise the GDP. Generally, governments do so because of the ‘status quo’ they are in love with, which eventually supports their political ambitions only.

If the feeder buses are to serve the commuters, they must abdicate the necessity of cards, and set up a recharge system within the buses, besides spreading their routes throughout the city.