A monologue on chaos

Making sense -- or order -- out of chaotic things in life 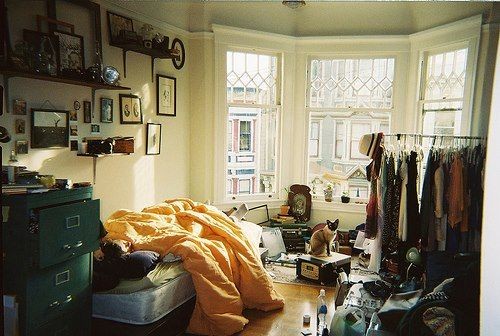 Thoughts come so easy to me that, it seems, all that is what I am left with these days.

The thought of how to jump from one span of time to the other, how to skip one moment of sleepiness, dullness, or laziness to the next, makes me think of engaging my senses of delight more and more.

I eat, and eat more after a while. I listen to music, and listen to another kind of music. I watch a film on Netflix, and then go for a ‘good’ Bollywood film that I could not watch or did not know was there to be watched.

Now and then I step outside the air-conditioned room and stand in balcony, smoke a cigarette, a cup of coffee. I feel sleepy and want to lie down but the idea of a boring activity makes me keep sitting, writing something on a blank page.

To make my routine interesting I pay attention to the mundane things around me, the still life. The grass below the balcony grill I can look at. It has a visual message but I don’t have words to say how it looks like, or what it says.

The details of various shades of green, some leaves paler than others, the marks of mowing machines having passed over it is so usual, maybe like my thoughts, with nothing interesting, with no interesting life story, until I pay close attention to it. Not just the grass but also the scene across this sewerage line, the cars that are always there. Some might go away and others move here to be parked for a while. But I don’t know which one was here in the morning and which one has gone away. The apartment complex opposite to ours is there, with a resident or two coming out or going in daily.

To give a sense of purpose to the day I put some clothes in the washing machine, and after they are washed I shift them to the dryer. They are in the box, dried, for quite some time now. While I am thinking of maybe going over there and taking them out, I sit here.

The serious engagement with the chaos, the exchange of busy selves on campus gives my life a semblance of order, a purpose, an arrangement of time.

I have to go see an apartment to sublease in the evening but before that I have too much time at my disposal. I text to one or two persons, I know they are busy but to see what they say, or maybe hoping that they would be ready to see me I wait for their reply.

All this is there while sleepiness settles in the base of my skull like a neighbour’s water collects in the base of your house. My fingers move on the keyboard as I write it all down. I can listen to their sound. The distance from my thoughts to my fingers tips is all that I am busy covering right now. If I don’t do this I would consume more of Netflix, food, the boredom in the still atmosphere outside, in this summer season.

At least I can feel that what I absorb through my senses, what I feel as a side product of my inactive thinking, I am letting it pile up here on this page -- this is something concrete, something that not only anchors me in the act of living but also ultimately becomes telling of how a life of an expatriate, a graduate student could be, after he is done with one semester and still has one more month for the next semester to start. Then it will be a time when I’ll be busy engaging with the chaos life and society are composed of. The serious engagement with the chaos, the exchange of busy selves on campus gives my life a semblance of order, a purpose, an arrangement of time. And that effort spills over in the social whole outside the walls of the campus, or maybe intellectually it is the other way round.

A monologue on chaos