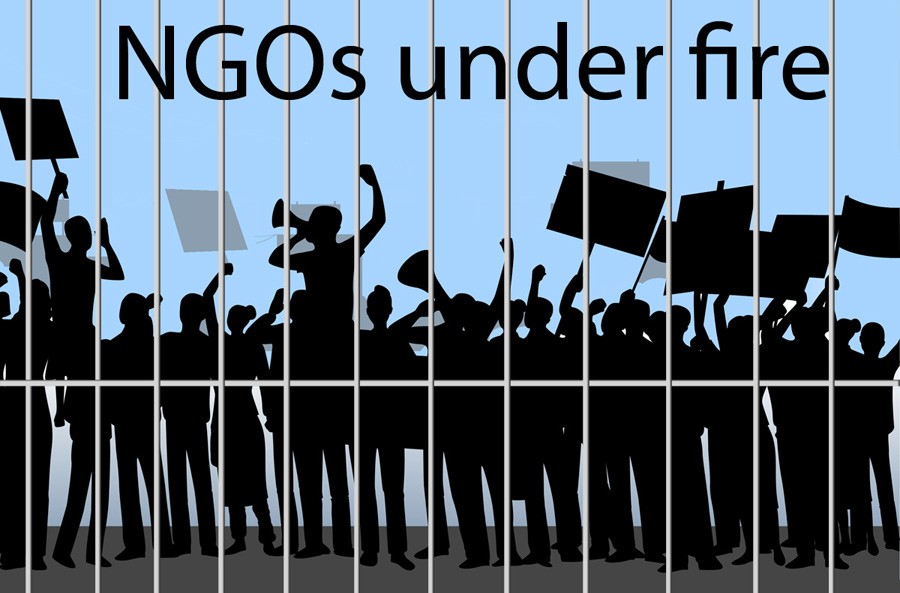 Democratic Commission for Human Development (DCHD), a national level Non-Government Organisation (NGO), has stopped working in south Punjab for the past more than a year. Unnecessary checks and procedural delays reportedly discouraged the organisation to focus on development and promotion of human rights.

The DCHD is not the only organisation which has stopped working in this underdeveloped part of the largest province of the country. A number of NGOs have stopped or have been forced to stop their projects and activities in south Punjab during the past almost three years. Many of them have moved court and gotten some relief but still facing obstacles in their work.

The reason is a new policy of the Interior Ministry putting extraordinary checks on the national and local NGOs and making their projects and activities conditional with a No Objection Certificate from a District Implementation Committee (DIC), comprising intelligence agencies’ officers, administrative heads and police chiefs of districts. The NGOs are required to get NOC for every single activity in any district in Punjab. However, in south Punjab they are facing more challenges. Some of the NGOs have received orders to close down their operations for alleged involvement in ‘anti-state activities’.

"Three years ago, intelligence officials stopped our workshop on conflict prevention. They asked for NOC, which we were not aware of. A year ago, they again created hurdles in some activities and now we have stopped working in the area because the NOC procedure is very complicated and lengthy," Tanveer Jahan of DCHD says. She says these obstacles are all over Punjab but the intelligence agencies are more sensitive in south Punjab.

"It seems the development sector is under trial in Punjab. Many NGOs have moved courts too. I believe official scrutiny is good but there should be one window operation to facilitate them and all procedures should be transparent," Salman Abid from Strengthening Participatory Organization

Jahan, who is also coordinator of Pakistan Human Rights Defenders Network, says the main issue is of trust deficit between the government/state authorities and the NGO sector. She says local NGOs mostly get international mandate for development and human rights and if the government wants to regulate this sector in a better way the process should be made transparent. She also laments labeling of some NGOs as ‘anti-state’.

South Asia Partnership-Pakistan (SAP-PK), a national NGO which was directed by the provincial and federal government authorities to close down its offices in Punjab, moved the court and got relief. A letter written by Punjab Baitul Maal of the government to the SAP-PK read: "We have been informed by the Ministry of Interior, Islamabad, that SAP has been observed working in south Punjab pursuing an anti-state agenda, accusing armed forces of harassing workers and curtailing the freedom of action of NGOs/INGOs. Towards this end, the NGO prepared a shadow report for sharing with the UN Human Rights Commission which presented a very bleak picture of the human rights situation in Pakistan, forgetting the measures taken in context of the National Action Plan and Operation Zarb-e-Azb. As per directions of higher authorities, the SAP-PK is not allowed to work in the area (Layyah district)."

"Like other parts of the country, NGOs working in south Punjab are facing operational challenges. NGOs working in these areas are required to obtain special NOC from local authorities to undertake their community-based work. The working environment has become hostile for civil society organisations," Naseer Memon, a writer and activist, observes. "Authorities should develop a coordination mechanism to understand what kind of development projects are being implemented by various NGOs in the areas," he suggests, adding, "A mutually agreed mechanism for reporting and feedback should be discussed to facilitate those organisations working genuinely for betterment of the society. Most of the NGOs actually assist the government to implement its development ambitions and they deserve support from the authorities."

"It seems the development sector is under trial in Punjab. Many NGOs have moved courts too. I believe official scrutiny is good but there should be one window operation to facilitate them and all procedures should be transparent," Salman Abid from Strengthening Participatory Organization, which works in south Punjab, views. He says unnecessarily hurdles should be removed and this sector should not be treated as ‘anti-state.’ He says no one should exploit this challenging situation and the government should realise importance of this development sector which is working for the improvement of human rights index and development.

In a recent report, the United Nations Human Rights Committee in Geneva has urged Pakistan to address a catalogue of human rights failings, including state-sponsored abductions and death penalty that amounts to torture. Not only this, the UNHR Committee has also lamented the fact that the Pakistani government has prevented chairman of National Commission on Human Rights from fully cooperating with the United Nations human rights mechanisms. The UN committee has expressed concerns on different human rights violations, including renewed use of the death penalty, blasphemy laws, "enforced disappearances" and extrajudicial killings.

A nationalist of note