The centre of revolutionary activities -- II

The rise and fall of Bradlaugh Hall 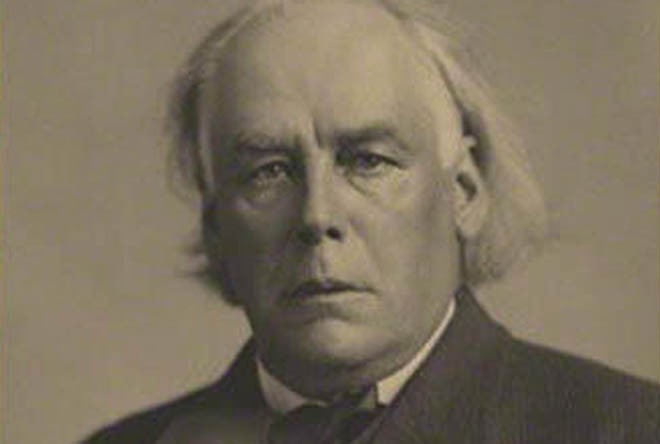 Bradlaugh Hall was founded under the auspices of Indian National Congress, therefore, it had a perspicacious reflection of nationalist politics.

From 1905, it became a hub of labour and peasant movements which had gained sufficient strength in the central as well as in the colony districts of Punjab. Movements like Pagri Sambhal O Jatta (1907) and subsequently, Ghadar Party (1913) made Bradlaugh Hall the centre of their revolutionary activities. Both these movements went on to dispel the wrongly held notion that Punjabis had historically been stooges to the imperialists.

By early 1920s, the site had earned nationwide acclaim. However, it reached the pinnacle of prominence in the third decade of the 20th century. That decade was marked by political alacrity with Lahore as its fountainhead. It should also be borne in mind that with the establishment of Barkat Ali Muhammadan Hall in 1908, Muslims mostly held their functions there. Thus, Bradlaugh Hall acquired a communal angle.

This is one possible explanation for the pathetic state that it finds itself in.

Hindu nationalist leader, Lala Lajpat Rai, founded the National College. A leader of the calibre of Mohandas Karamchand Gandhi (1869-1948), he travelled all the way to Lahore in order to collect funds for this college. This institution later attained eminence as a centre for inculcating nationalist sentiments among the youth.

Revolutionary icon, Bhagat Singh (1907-1931), left his DAV school and took admission in the National College, where he spent almost four years as a student (1922-1926). Aown Ali, a Lahore-based journalist, maintains that this college played a seminal role in instilling the revolutionary spirit in him, which subsequently turned him into a hero for revolutionary youth across the religious and caste divide.

The Sabha and its nexus with Bradlaugh Hall drew attention from every nook and corner of India when Kartar Singh Sarabha’s death anniversary was observed here. It is pertinent to say that Sarabha (1896-1915) was one of the leading lights of the Ghadar Party, and he was executed in November 1915, for his role in the Ghadar conspiracy case. He soon became a symbol of martyrdom, and many were influenced by his bravery and sacrifice.

For all these years, Bradlaugh Hall in Lahore served as the headquarters of Naujawan Bharat Sabha. After the Sabha’s founding members, including Bhagat Singh, were apprehended in April 1929, the political activities in and around Bradlaugh Hall gained even greater momentum.

Bhagat Singh regarded Kartar Singh as his guru, friend and brother. Famous Punjabi novelist, Nanak Singh, wrote a novel called Ikk Mian Do Talwaran based on his life. The judges during his trial were impressed by his intellectual skills, but nevertheless he was sentenced to death by hanging.

Ajit Javaid, Bhagwan Josh and Gurharpal Singh have thrown sufficient light on the Ghadar Party, Naujawan Bharat Sabha, and the revolutionary icons like Kartar Singh Sarabha in their respective research on Punjab.

Kartar Singh’s portrait, wrapped in a white cloth, was kept in Bradlaugh Hall. Bhagwati Charan’s wife, Durgawati Devi, drew blood from his fingers and sprinkled it on the white cloth. It was an exhortation to the youth to devote themselves for the cause of revolution.

Read the first part: An epicentre of political activism

Within three years of its establishment, the Sabha gained sufficient popularity among the youth across Punjab and beyond. It successfully inculcated revolutionary ideas of freedom, equality, and egalitarianism.

For all these years, Bradlaugh Hall in Lahore served as the headquarters of Naujawan Bharat Sabha. After the Sabha’s founding members, including Bhagat Singh, were apprehended in April 1929, the political activities in and around Bradlaugh Hall gained even greater momentum. When on October 7, 1930, Bhagat Singh along with Sukhdev and Raj Guru, was sentenced to death and the Sabha was proscribed, it was given a new name, Bhagat Singh Appeal Committees.

Despite the fervour and revolutionary zeal, the Sabha failed to sustain itself after 1931. It heralded the end of political centrality that Bradlaugh Hall enjoyed.

The activities at Bradlaugh Hall had a cultural dimension too. Stage dramas and mushairas were a regular feature. Parsi theatrical companies of Cowasjee and Habib Seth were quite popular, and were performed in Bradlaugh Hall. Narayan Prasad Baitab’s drama Kasauti was also staged at Bradlaugh Hall. Similarly, in 1912, renowned contemporary singer and dancer, Gauher Jan Calcuttawali, performed there, which was one of the most memorable performances ever held at the hall.

F.E. Chaudhry reveals that the biggest mushaira of India, which was organised at the behest of the government in 1919, was also held at Bradlaugh Hall. That mushaira was organised to celebrate victory in the First World War.

Partition in 1947 dealt a fatal blow to the prestige and centrality that Bradlaugh Hall had enjoyed as a site of political and cultural activity for over four decades. In the aftermath of partition, it was used as a shelter house for the migrants from Amritsar. Then it was made into a warehouse of iron merchants and then as a grain silo of the food department.

In 1956, Bradlaugh Hall was badly affected because of torrential rain that flooded the premises. Therefore, the food department was left with no choice but to abandon it. It was then handed over to Milli Techniqui Idara, established in 1953 by some engineers from Aligarh Muslim University, on a 99-year lease.

When in the 1990s, Milli Techniqui Idara ceased its educational ventures, the management rented out the building to various people, including the teachers of nearby government schools.

Now as the hall stands, it is nothing but a sad lamentation of the days gone by. Its dilapidated state speaks volumes of the government’s indifference towards this historic building and the public’s sheer apathy. I think it would be highly appreciated if the building is restored and turned it into a library or the department of Punjab Archives can be relocated here instead of letting it rot away.

The centre of revolutionary activities -- II