Putting the garbage where it belongs

To litter, or not to litter: why is it even a question? A guide to changing behaviours 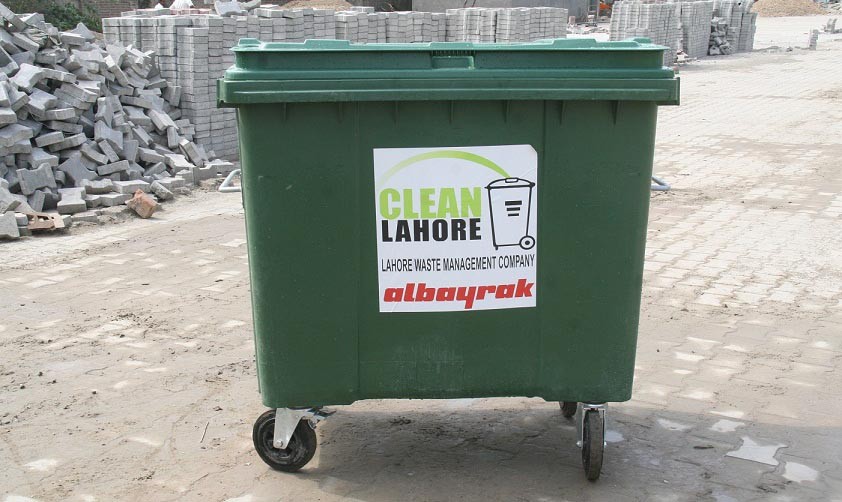 From afar I could see tumbleweed rolling across the road which I found it odd since we were winding up along a hillside, not driving along a desert plain. As we approached the object, which had momentarily become stationary in the middle of the road, it became apparent what it was a plastic bag. We drove past, whipping it back up in the air and causing it to flutter helplessly again before finding another resting place.

Pulling over on the side of the road where one could get a view of the city lying below I stepped out with my camera, ready to capture the breathtaking view. One might say my disappointment was palpable. On the ground amongst the shrubbery and trees was a pile of garbage that had found a home. Scores of plastic bags, bottles, cans, wrappers and other organic and inorganic materials had been discarded by tourists who probably mistook it for part of the scenery.

Littering is a universal concept, not specific to just Pakistan. Yet the extent to which one finds litter in developed countries is relatively negligible, and the percentage of people littering is quite low. In Pakistan we can safely consider it to be a norm of society.

This culture of littering permeates every aspect of our life. It has become so normal that most people do not even flinch or take heed of the trash that sits gathering right before them, or when they take off the plastic wrap of an ice cream and nonchalantly discard it as they walk by.

One can witness it while on the road, a hand casually sticking out of the window of the car ahead of you, letting go of a paper cup which is scooped away by the air and carried magically into a garbage bin. One does wish that could happen. And then you have the suave smoker who flicks away the remnant of his lit cigarette not stopping to think twice that it too is littering and is potentially a fire hazard. Wherever we go, our trash follows. I wonder if people even stop to consider where their garbage ends up.

Littering although stems from an individual basis for a variety of different reasons it becomes a social issue when applied to a larger segment of society. There is a personal cost associated to disposing garbage properly, as an individual must seek out a garbage bin, as opposed to the immediate convenience of littering.

Aesthetics aside, littering poses a health hazard for humans and animals alike. Garbage attracts vermin such as rats and cockroaches which are known to be carriers of diseases. Groundwater can get contaminated and creates a breeding ground for dengue. It is also known to affect the psychological health of people in the community.

The tendency to litter increases if trash is already present in the vicinity. Seeing other people litter implies social acceptability of such behaviour and that punitive action will not being taken. Consequently, with large amounts of trash already present the individual may argue additional trash contributed by them would not make much difference. All these factors suggest a lack of shared responsibility for the welfare of the environment and of their fellow citizens coupled with a lack of understanding of how such behaviour is detrimental to their own well-being.

There is evidence that education also plays a role in the acceptance of littering: the higher the education the lower the acceptability of such behaviour. Placing the burden of responsibility to clean up a place on someone else, for example a janitor or a public sweeper, can create a mental block in people to not care.

Aesthetics aside, littering poses a health hazard for humans and animals alike. Garbage attracts vermin such as rats and cockroaches which are known to be carriers of diseases. Groundwater can get contaminated and creates a breeding ground for dengue. It is also known to affect the psychological health of people in the community.

Culture can change but it begins from behavioural changes in individual citizens. It requires each of us to take stock of our own actions and rectify them if need be. Other measures can be implemented to shift the cultural mindset in the proper direction.

An active imposition of fines can inhibit people from incorrectly disposing trash. The areas to target are marketplaces, parks and shopping malls -- with high volumes of pedestrian traffic. Social shaming is another methodology, albeit informal, that keeps everyone in check.

Educational programmes in schools and campaigns by municipal governments to promote proper disposal of garbage has its benefits for the environment, and subsequently, public health.

It is imperative that garbage disposal becomes a priority of municipalities. Providing adequate and appropriately placed disposal infrastructure in high pedestrian traffic spaces along with regular cleanup is crucial to ensuring such habits are reinforced.

All these are societal factors that can aid in weakening the culture of littering. But as mentioned earlier it begins with the individual. We need to start being more conscientious when it comes to taking care of our environment. If we are unable to find a garbage bin then we ought to carry our trash back home. Perhaps pick up someone else’s discarded item and dispose it properly. Advocating better facilities in our city or neighbourhoods by calling the mayor or relevant authorities is another step to starting this conversation at government level. Forming community cleanup groups can also be a way to set an example as well as spreading the word to other citizens of the importance of environmental cleanliness.

Maybe once people have become conditioned to throwing garbage in bins can we even begin the conversation of sorting garbage based on type (recyclables, compost, trash). I’ll hold onto my garbage till then.

Putting the garbage where it belongs