As the popularity of different easy taxi services grows, there are more and more complaints from passengers to be heard 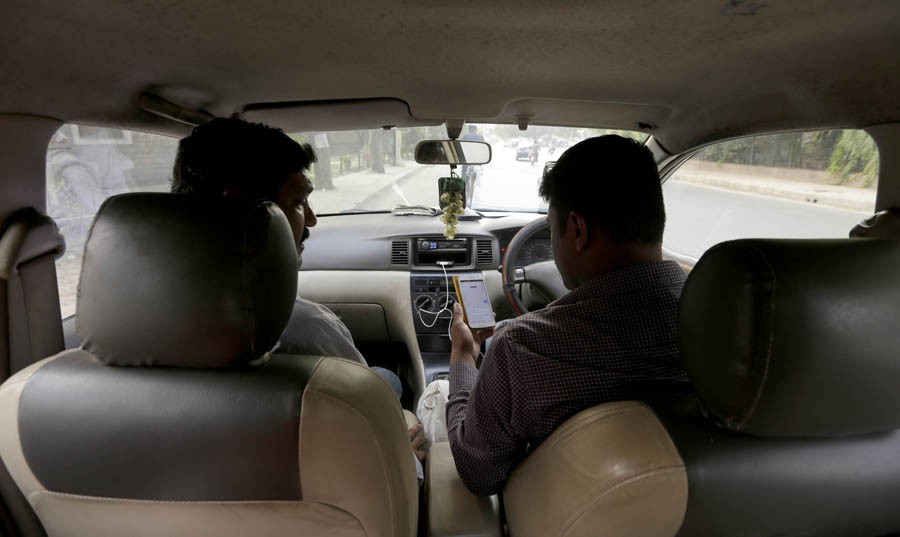 Calling a taxi was never this easy. Today, it is just your finger’s touch away; there’s no need to for you to step outside and beckon a ride. You don’t even have to make a call. You should just have the required app on a smartphone that is accessible to you.

After taking the developed countries by the storm, this trend is fast picking up in Pakistan also, albeit in urban centres only. But, as with all good things, there’s a flip side to this too. Whereas private cab services such as Careem and Uber are becoming popular among the Lahorites, the number of complaints against them or their captains (cab drivers) or also on the rise.

Scroll down your Facebook timeline and you are likely to come across at least a few accounts of people who recently took one of the said rides. These accounts are often by no means flattering (for the cab services people), and would discourage you to consider the rides anyway.

The usual complaints are about the captains fleecing the passengers in one way or the other, deliberately taking long routes, driving annoyingly slow, pretending to have little knowledge of the city locations, talking unnecessarily, and also misbehaving with those who contest overcharging. Some of them are even said to tease the callers.

The first-timers are often the hardest hit. Samia Tariq (real name changed to protect her privacy), a resident of Township, relates what happened when she took an Uber cab for the first time. "I had to go from Sultanpura to Butt Chowk in Township. The cab charged Rs350, which seemed a reasonable amount to me because a rickshaw [driver] normally demands between Rs380-400 for the same commute. Besides, a cab is more comfortable and suits our family of seven people better [than a rickshaw]. Unfortunately, my excitement about the new cab service was short-lived, as it cost me Rs750 for the same [destination] the very next time.

"When I protested to the captain, he held me responsible for it. He said that I had pushed him to take a route where a lot of roads were under construction. I was shocked. Trying not to lose my marbles, I told him that I had no clue about whatever he was saying, and that it was his responsibility as a driver to take the best possible route. But he just wouldn’t listen. He power-locked the car doors, so I couldn’t get out before paying him the said amount."

The usual complaints are about the captains fleecing the passengers in one way or the other, deliberately taking long routes, driving annoyingly slow, pretending to have little knowledge of the city locations, talking unnecessarily, and also misbehaving with those who contest overcharging.

Harassed, Tariq says she has decided that she is never going to hire a cab.

A young woman from Thokar Niaz Beg has a more horrifying tale to tell: "It was half past 12 in the night. I, together with my mother and 10-year-old brother, needed to go to Gulberg. I received a message on my phone, ‘The cab is here, etc.’ We sat in what looked like a really nice, big car. A couple of minutes later, I realised that we were heading towards the Motorway. I was alarmed. Gathering some courage, I asked him why he didn’t take the Canal, as we were supposed to go to Gulberg. He did not reply. Now my mother also joined in the protest. Suddenly, he pulled to a side (close to the M2) and asked us to get out."

The woman says she can’t understand to this day, why the captain behaved the way he did. But she "sure lost faith in the cab service. I have come to the conclusion that in a country like Pakistan where the police is not efficient, such services are not worth availing. You don’t feel secure, so why go for these?

"Is there a mechanism in place to look into such complaints?" she asks.

There is intimidation of another kind also. A student of Punjab College was forced to block her phone SIM after a mischievous captain continued to call her. "I am sane enough not to generalise and say that all the cab drivers are bad. But I am scared, and I don’t have the heart to take another chance," she tells TNS.

A young law student who uses Careem on a regular basis defends the service, saying that the "Drivers cannot cheat the passengers easily. Usually, it is because you don’t know how to navigate on the Google map, or you don’t have an android phone with you at the time, or you are new to the service. I’ve never had any problem ever. I believe that you just need to be a bit vigilant.

"A couple of incidents does not mean the entire cab service is a corrupt mafia."

Yet another lady, who works at an office, comes to the cabs’ defence: "Most of their drivers are educated, but not everyone is familiar with the city locations, which may create some problem and take you a bit longer to reach your destination."

Captain Kashif Butt, who is presently with Careem, says that overcharging is "out of question. Often, the passengers don’t know about ‘peak factor,’ which is normally applied to the office hours in the morning and evening, when everyone is rushing to catch a taxi. In such a situation, the number of requests far exceeds the number of cabs available at the time. Hence, the fare is doubled; Rs20 is charged per kilometre instead of the standard Rs10."

Butt insists that the passengers are informed about the peak factor through an SMS and message on the mobile app, ahead of the ride."

Interestingly, he admits that the captains sometimes drive slow on purpose or take longer routes. "The longer the route, the higher their income!"

A company spokesman, not wanting to be named, claims that "We have a foolproof mechanism of drivers’ registration. When registering with us, the driver is required to produce his original CNIC, his complete bio-data, a clearance report from the police station concerned, and also the CNICs of two witnesses, among other things. In case there is a complaint against a driver, the concerned company is bound to provide all data [of the driver] to the complainant so that the latter can always lodge a formal FIR with the police station concerned."