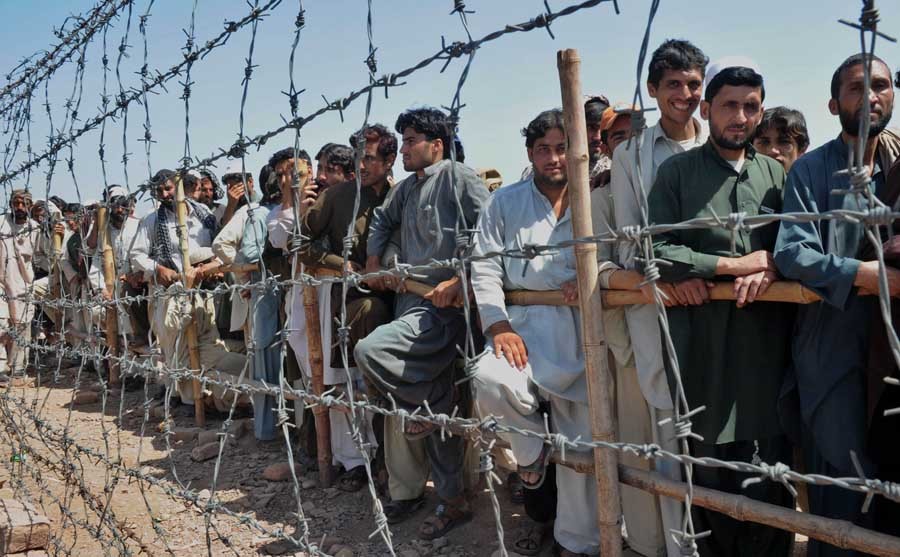 In my previous article, I had argued that one reason Pakistan wanted Pashtun-dominated Islamist government in Afghanistan was to counter a potential secessionism, primarily that of Pashtuns, inside Pakistan. This article maintains that Islamabad’s reliance on Taliban to counter Pashtun’s potential secessionism is extremely risky. There is absolutely no guarantee that Taliban will always be anti-nationalists. History bears evidence to the fact that when goals become common, ideology reinforces interests.

How to integrate Pashtuns within Pakistani society and state? Probably, integration is the most feasible means to avert the ethnicity’s potential secessionist tendencies.

The indelible impression one gets from background discussion with Pashtun nationalists and intelligentsia is that there are signs of reversal of Pashtun’s interests within Pakistani society and state. On the political front, the rule of Muttahida Majlis-e-Amal (MMA) in Khyber Pakhtunkhwa from 2002 to 2007, its 17 MPAs in Balochistan Assembly, second only to PML-Q’s 21 during the same period and the rise of the PTI-led coalition government in 2013 elections in Khyber Pakhtunkhwa are cited as evidences of centre’s conspiracy against Pashtun nationalists.

Similarly, Pashtuns have been the main victims of terrorism. Data compiled by South Asian Terrorism Portal shows that out of a total of 455 suicide attacks recorded in Pakistan since 2002 to July 9, 2017, 304 took place either in Khyber Pakhtunkhwa or Fata. Pashtuns have suffered economically too. As a result of terrorist violence and kidnapping for ransom and extortion in Khyber Pakhtunkhwa, businessmen were forced to shift their businesses to safer destinations in the country or simply closed down, rendering people unemployed.

After the Operation Rah-i-Raast aka Swat operation (2009), 2.5 million people were displaced from Malakand division. By July 2014, in the wake of Zarb-e-Azb operation in North Waziristan, 0.8 million people were displaced from the agency, as per figures of Fata Disaster Management Authority. Worse, Internally Displaced Persons from Pakhtunkhwa and Fata were discouraged to enter Punjab and Sindh on the ground of Taliban’s infiltration into the provinces in the form of IDPs. In retrospect, after a number of terrorist incidents in February this year, the ‘ethnic profiling’ of Pashtuns in Punjab and crackdown against them gave the impression of the second largest ethnic group as personae non grata.

On the count of Pashtun’s stakes in the state, there is a perception among the Pashtuns that the ethnicity is least represented in the military bureaucracy at the senior most level. They point to the absence of any Pashtun officer in the 12 topmost powerful slots within the bureaucracy against the backdrop of induction of approximately 20 per cent of army from Khyber Pakhtunkhwa against 75 per cent of the force that comes from mainly three districts of Punjab namely Rawalpindi, Jhelum and Attock.

What history teaches us about the rise and fall of Pashtun secessionist tendencies?

Pre-partition, the Khudai Khidmatgar (KK) movement, with a popular rural base in Bannu, Kohat, Mardan and Peshawar districts, won provincial elections in 1937 and 1946 and formed governments in the then NWFP. In the latter election, the KK secured 51.70 per cent of total votes while Muslim League bagged 37.43 per cent of the popular vote.

On the count of Pashtun’s stakes in the state, there is a perception among the Pashtuns that the ethnicity is least represented in the military bureaucracy at the senior most level.

According to Tahir Amin, in his outstanding book Ethno nationalist movements of Pakistan, from 1947-55, Pashtun nationalist movement was meant for provincial autonomy. Nevertheless, as a result of monopolisation of power by military and civil bureaucracy and centre’s oppressive policies, Pashtun nationalists "professed provincial autonomy within the socialist framework, but also kept a separatist option open," contends the author.

Intriguingly, the Ayub era (1958-69) witnessed decline in the popularity of Pashtunistan movement as noted by Amin. "Pashtuns were significantly overrepresented in the composition of the state elite", writes the author. Under Ayub, in the 1960s, the ethnic composition of army was as such that 60 per cent were Punjabis, 35 per cent were Pashtuns while other ethnicities were a mere 5 per cent. Of the "top most 48 generals", Pashtuns numbered 19 followed by 17 Punjabis, 11 Mohajirs and 1 Bengali.

The KK and the National Awami Party (NAP) had strong following in four of the six settled districts of the erstwhile NWFP. These were Peshawar, Kohat, Bannu and Mardan. Nonetheless, as Amin notes that Pashtunistan movement could not appeal to educated middle class in Peshawar, Bannu, Kohat and Mardan because civil and military bureaucracies were from the same districts that was the mainstay of the movement.

By 1973, the ethnic background of 353.2 class-1 officers in civil bureaucracy was as follows: Punjabi (1727), Mohajir (1070), Pashtun (287), Sindhi (90), Baloch (9), others (349). Similarly, Pashtuns’ commercial and economic interests were well integrated with Punjab and Karachi in Sindh came to be known as the ethnicity’s most populous city in Pakistan. Today, Pashtun labour, businessmen, professionals and students are all visible in any corner of the country.

The preceding discussion drives the following points home. First, there are signs of reversal of Pashtun integration within Pakistani society and state. Secondly, Pashtun integration at the state and society level has historically diminished secessionist tendencies in the community. Taking a leaf out of Pashtun history book, the integration of socio-economic and political interests of the ethnicity at the state and society levels seems to be the only possible guarantee against any potential secessionism on the part of the ethnicity!