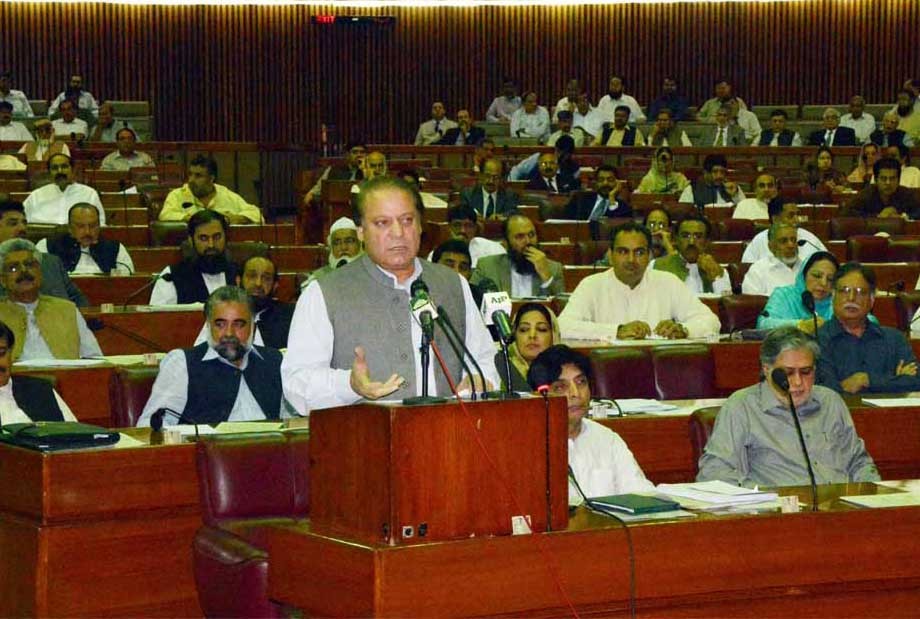 Since the JIT report came out, liberal and progressive writers have raised the following three issues: politicians have been targeted for accountability in Pakistan while some other institutions are beyond it; acts of the JIT could be categorised as a soft coup as without the establishment backing, such an investigation would not have been possible; civilian authority continues to run in cycles with restarts every few years ensuring the army’s upper hand.

The writers have quoted examples of Memogate leading to Ambassador Haqqani’s ouster, after his falling out with the military on the wording of Kerry Lugar Bill, retired army personnel’s involvement in Imran Khan’s dharna in Islamabad to destabilise the PML-N government, and the Dawn Leaks affair which led to resignations of various ministers without an actual discussion on the veracity of the news story suggesting a major policy disagreement between the civilian and military leadership.

Given such a history, these writers have put the onus on the establishment for the current woes of the prime minister, the damning JIT report and perceive the Panama affair as a dent on the chances of civilians gaining strength in devising the strategic policy of the country, especially vis-a-vis India and Afghanistan.

As the debate rages within a circle which usually has a coherent position, it becomes important to articulate one’s position so as to evaluate it later with the luxury of hindsight.

The first point raised is what some have described as a ‘principled stance’: how can one assess this as accountability when Musharraf was allowed to go on a much more serious charge, or General Kayani’s brothers’ cases of corruption are on the back burner, or no mention has ever been made of the Generals whose children have become filthy rich e.g. the Haroon brothers?

Although I accept the ‘principled stance’ position, I think its repeated articulation leading to lamentations ignores the merits of the case, which is exactly what the media did in the Dawn Leaks case. Further, while the moral idealism highlights the existing power differentials of actors in the country, it also ends here disregarding the changing political economy of accountability where media is an important player.

Here, the electronic media dynamics need to be carefully assessed in understanding why the Panama Issue has dominated the news for the last eight months over all other critical policy issues. Can the PTI, the third largest political party which has staked its political future on the issue by mobilising public opinion through mass rallies, be expected to expend its political capital against a non-political rival?

Sadly, the PML-N, the PPP and the PTI have done little in building the institution of their respective parties. Internal party elections are mostly a sham, disheartening the motivated political workers, and keeping the party in a top down patron-client formation.

Further, the transformation of politics into political entertainment by private media channels is key to understanding this phenomena. Panama affair continues to be the ideal political drama serial with unending episodes, each episode upping the rhetoric of the earlier through press briefings of politicians, with little to no cost for content creation for profit oriented channels.

While the Supreme Court bears responsibility for not asking these actors to treat it as a subjudice case, the main responsibility rests with the politicians, including of current government who are as culpable.

The second point implying that it’s a soft coup is based on historical experiences and the fact that the JIT includes ISI and MI representatives. Here again the Supreme Court is the important party because it constituted the JIT and could they have done any different when both the parties (PML-N & PTI) are alleged to have disrespected state institutions. In such case, the security of JIT members was critical to counter the insecurity of collecting evidence against a sitting government.

The argument being that the army gained influence within the JIT because of its entrenched institutional dominance as opposed to the lack of credibility of civil institutions who could have taken up this task in a mature democracy, and the lack of minimal trust among political parties.

The above discussion suggests that in our policy arena, there can’t be outcome which is not attested by the military because of its dominant power. However army alone could not have achieved the Panama outcome unless one accepts that it holds hegemony over the media as well as the Supreme Court, which is quite far fetched.

Thus the first two points, lamenting the lack of across the board accountability and finger pointing at the Deep State are but a consequence of a skewed civil military institutional balance, the third point in our analysis. This suggests that the civilians continue to go through recurring cycles, each time restarting rather than being able to consolidate democracy, keeping the skewed balance intact and the army stays as a decision maker of civilian government’s fate.

But is consolidation of democracy dependent on a political party chief staying as prime minister, or a democratic political system being allowed to run its course without any extra-constitutional steps to weaken it? It thus becomes important to look beyond time as the only factor that deepens democracy, and assess its substantive nature. Have the political parties built, enhanced and consolidated the civilian institutions to increase their credibility in the eyes of the people?

Sadly all, the PML-N, the PPP and the PTI have done little in building the institution of their respective parties. Internal party elections are mostly a sham, disheartening the motivated political workers, and keeping the party in a top down patron-client formation benefiting sycophants rather than dedicated and ideological workers.

Such parties tend to exist in the air without any real connection with ordinary folks, as party workers become more interested in keeping their party patron happy rather than expanding the party base. It also precludes internal education and ideological training through regular publications as that requires a lively discussion within the party. Further, the PML-N and PPP’s abhorrence to local government suggests that their leadership is least interested in the long term development of new leadership.

Even a single functional political party cannot take on the entrenched power of the establishment. Only the parliament can do that as has been attested multiple times even in our immature democracy. It saved Nawaz Sharif from the 1st PTI dharna, and more importantly strengthened the structure of the federation through the 18th amendment against the centralising bias of any establishment. Meanwhile, the PML-N made a mockery of the parliament as attested by prime minister’s lack of presence and use of All Parties Conference as a medium for policy decisions.

The wider civil society which is independent of the State is equally important. Here again, the current government has failed in its role. The PML-N as well as all political parties have yet to devise a policy mechanism to legalise student unions, which are the mainstay of any polity. Actually, there has been a curtailment of the freedom of speech even in Punjab. Increased checks on the working of NGOs and new tax liabilities cannot simply be put in the basket of the establishment when the civilian government is in power.

Lastly, this model of governance -- which the PML-N seems to have understood as spending and distributing goodies such as laptops, taxis and Danish schools rather than regulation, policy and institutional reforms -- can only cater to a negligible segment of the 200+ million population. That Pakistan has no foreign minister, no agriculture policy, and no solution for bleeding state enterprises says enough. While the current government may win the next elections, the vast majority of the population will stay marginalised and alienated from political participation.

Thus, it is my contention that when a country’s strategic policy is made by those who are elected and accountable to the people of Pakistan, ensuring that this policy corresponds with the interests of the nation (not only the state), only then the discussion can move beyond time, personalities, army and establishment. The onus to break the cycle should be on the civilian government and other political parties, who ought to build civilian institutions for the consolidation of democracy.