The bright side of higher education

Though situation in most universities looks indeed bleak, the HEC has taken a half-step forward in the right direction and provided some guidance on upcoming changes 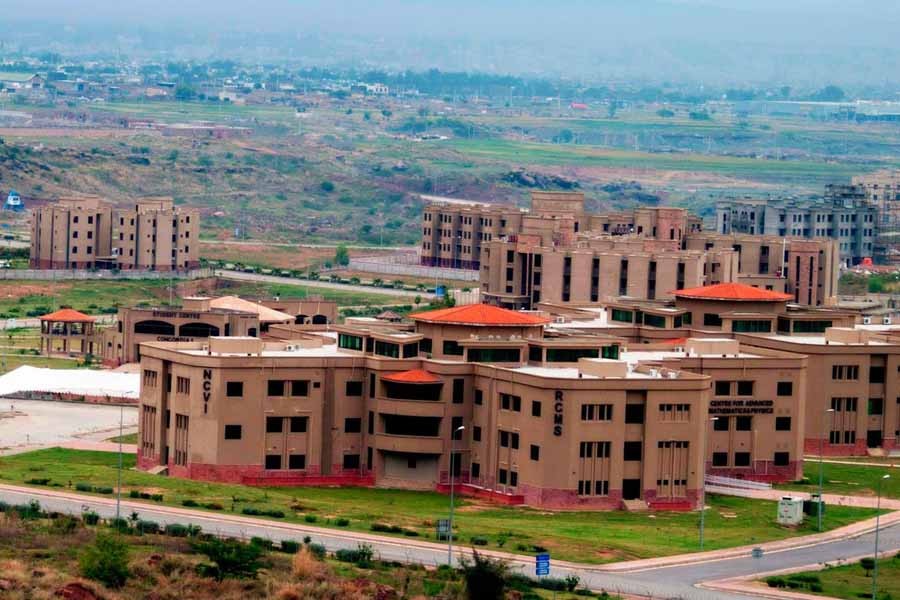 This article is with reference to Dr Pervez Hoodbhoy’s recent article titled "Pakistan’s professor mafia" which appeared in Dawn on July 1, 2017. Dr. Hoodbhoy’s key point is that the higher education reforms introduced by the Higher Education Commission (HEC) post-2002 have relegated the quality of instruction students receive to irrelevance. All this was done in the hope to kickstarting research produced by Pakistani universities.

Almost a decade later, academic staff at universities has absorbed the (imperfect) rules by which the HEC rewards faculty members, and has adapted to play the game. Much has been written about the loopholes and pitfalls of these new rules, and the side-effects they are creating by Dr Hoodbhoy, as well as other authors. While we are not fully convinced by the remedial prescription Dr Hoodbhoy offers at the end of his article (i.e., requiring faculty members to get periodically recertified by passing certain MOOC courses), we fully agree with the picture he gives of the current state-of-affairs at the vast majority of university departments.

The situation in most universities looks indeed bleak. Faculty, staff and student bodies in many universities exhibit schisms and fractures along all imaginable lines: ethnic, religious, sectarian, political, and educational lines (Ph.D. faculty vs. non-Ph.D. faculty).

However, at the same time we feel that Dr Hoodbhoy painted with an exceedingly broad brush that left little space for nuance. We want to use a finer brush to fill in some of the gaps and blanks.

Most private universities operate on a profit motive, and whether or not faculty members conduct original research has no bearing on the bottomline. If anything, allocating resources necessary to conduct research only takes away from faculty’s time and the university’s physical resources. As an example, office space is a prime commodity in academia. To a private university, a room in a building is much more valuable as a classroom space, allowing it to raise enrolment and profits. Allocating that same space to a research lab would do neither.

While there is a lot of talk about pushing entrepreneurship onto academics these days, academic research is unlikely to become a profit centre for universities but will remain a cost centre. There is a misalignment of the goals of private universities (high profits from high enrolment) and the HEC (as reflected in its university ranking criteria, which tilts heavily towards research centric measures).

During a conversation with members of the HEC’s Quality Assurance Department, we learned that the situation has gotten to the point where most private universities have stopped bothering to provide the HEC with the statistics it uses to compile university rankings. This is a key reason the HEC rankings are limited to a short list in each category -- many other universities simply never share the necessary data to be included, and if they did they already know the picture would be less than flattering.

Since most private universities have absolved themselves from their responsibility of producing original research, their faculty is engaged in teaching alone. Has that improved the quality of instruction these students of research-free universities receive?

Judging by anecdotal evidence of the most sought after universities for engineering and related programmes, most high school students in Pakistan still want to go to NUST, LUMS, FAST, GIKI, UET Lahore, UET Taxila, COMSATS etc., all private and public sector universities that lend varying levels of support for research to its faculty. Based on the feedback from friends in industry and startups that hire these graduates, we will also argue that the students graduating from these universities are still the most sought-after come hiring time.

This is not to say that all activities conducted at our universities under the banner of research are impactful, valuable and/or significant. We will be the first to admit that much, perhaps most, of the research conducted at our universities is junk. Plagiarism and favouritism are widespread. Groups/gangs of professors have indeed banded together and collude to produce so-called research papers that do little more than meet the minimum standards set by the HEC to be counted as a publication and further their careers.

We acknowledge all of these problems, and more, at most universities. However, instead of dwelling on these oft-recounted problems, we would like to look at the other 5 per cent, the universities we consider to be at the forefront of research in Pakistan. We want to look beyond the same old statistics the HEC has been citing as evidence of success of its policies. We want to take a more subjective approach in highlighting some of the successes seen in universities, something not possible for the HEC because it lacks the capacity to weigh the significance of faculty’s research, a function that in the US universities is performed by departmental search and tenure committees comprising knowledgeable and senior colleagues.

Unfortunately, in our local context, our culture of collusion, nepotism, patronage and incompetence make it impossible to trust the impartiality of such department-level committees at most places. Nevertheless, despite less-than-perfect work environments, over the last 10 years numerous Pakistani faculty members have enjoyed extraordinary successes, of which we will list only a very few here.

Dr Affan Syed leads an indigenous team of researchers that developed an intelligent UPS, for a genuinely local problem of load-shedding. His work got him invited to Microsoft’s annual Faculty Summit in Redmond, where he was the only faculty member from outside the US. He has numerous publications in tier 1 venues (A "tier 1" venue is a conference or journal so competitive and of such high value that a single publication in them is usually sufficient to land an aspiring PhD student fully funded admissions offers abroad).

Dr Faisal Shafait at NUST works in AI and machine learning and is currently working on a project for "Staples", a well-known multi-billion dollar chain of retail stores for office supplies, gadgets and computers in the US. Dr Ihsaan Ayub Qazi’s work is so significant that he has been invited by Facebook, MIT, University of California at Berkeley among others to present his work and collaborate. Dr Syed Ali Khayam built a startup around his research in networks which has been acquired/flipped twice already. Dr Syed Ali Hassan works on 5G wireless communication systems that got him invited to Cisco Systems. Dr Sohaib Khan, formerly at LUMS, is one of the most recognised names in computer vision. His work by an all-Pakistani team of researchers recently managed to break into ACM SIGGRAPH, one of the most competitive and prestigious venue in all of electrical engineering/computer science.

Some of the projects children build in a few hours are more substantive than final year projects from students after 4 years in engineering programmes. All of them regularly publish their work in tier 1 venues, and launch research careers of Pakistani students in some of the best universities in the world every year, without incurring a penny’s cost to them or the national exchequer. This list is by no means exhaustive, because we could go on citing the work of many more friends and colleagues whose devotion to their work inspires one to do better. However, this was not always so.

Around 1999-2000, rare was the sight of a Pakistani graduate publishing in even a tier 2 venue. Today, Pakistani EE/CS researchers regularly hit IEEE INFOCOM, ACM SIGCOMM, ACM SIGMETRICS, W3C, and various IEEE Transactions. At most American universities a single publication in any of these and other venues is often significant enough to justify a Ph.D. student’s graduation.

Why then, must you wonder, have you never heard of any of these people? Because they are busy working, toiling away at multiple research projects at some of the best universities we have, our NUSTs, our LUMSs, our GIKIs, our FASTs, etc. The people at the helm are often unable to discriminate achievement from junk. Ordinary people are not interested in science, and are rather happy being served up morning shows, inconsequential non-stop breaking news, soap operas and dramas by TV channels. Nobody wants to read, bookshelves are meant to show off trinkets, and the last book many people bothered to read that was not a holy book was back in school, college or university.

Yes, abuses of the present system are bad and are occurring at most universities, and yes, the bulk of research produced by them is indeed junk. But, at the same time there are some good things happening at some of our best universities, yielding real recognition at a level that was not the case only 15 years ago.

In conclusion, we would like to highlight a recent development, a half-step forward in the right direction taken by the HEC. For years, these authors have been arguing for a more nuanced approach to setting goals and standards for universities ("Straitjacketing Universities", The News International, TNS, September 11, 2016). The HEC’s current approach requires all universities to be "research universities." Even in the US, which maintains the gold-standard for higher education, universities are categorised and classified along various dimensions, and only some of them are research universities.

Community colleges provide associate bachelors degree programmes, and liberal arts and smaller colleges prioritise teaching of 4-year undergraduate programmes over research. Given the vast differences in resources and expertise, it only makes sense to use different yardsticks for different kinds of universities.

However, a few months ago the HEC launched its Vision 2025 report that took stock of the current situation and provides some guidance on coming changes. Most consequential, perhaps, is the acknowledgement that universities will be divided into three categories; TIER I Research universities to serve as global centres of trans-disciplinary scholarship and collaborative discovery of basic and applied knowledge, TIER II universities -- publicly funded comprehensive universities designed to provide higher education opportunities to qualified masses in diverse disciplines and professions, and TIER III colleges -- affiliated with public universities numbering 3,600 and serving all communities.

This is certainly a step in the direction, and we applaud the HEC courage, given that the HEC encountered some resistance because some universities feared being labelled "lesser" than others. It appears years of disappointment have brought on better sense. However, even now we have to term this step only half a step in the right direction.

According to the information shared at the launch ceremony of the HEC Vision 2025, the HEC will retain the same old promotion criteria for all faculty. This will put TIER II and TIER III faculty at a disadvantage because it puts resources for conducting research necessary for career advancement out of their reach. One hopes the HEC will address this foreseeable issue now, rather than wait another 15 years for the next round of higher education reforms.

The bright side of higher education