The urge to purge 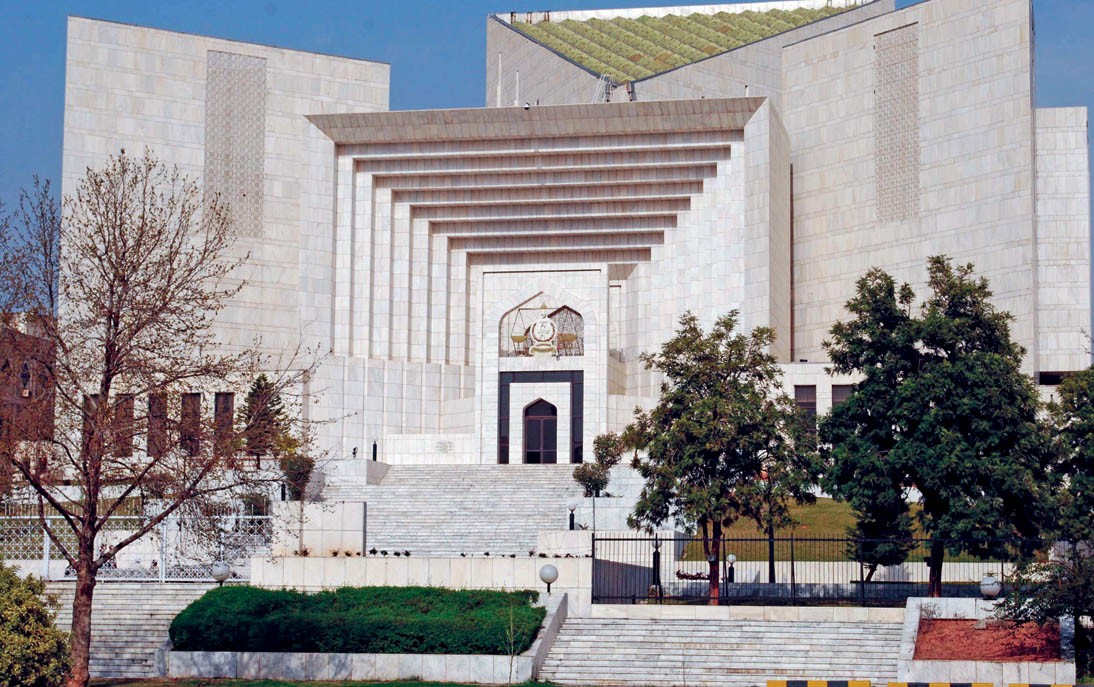 In the wake of submission of final report by Joint Investigation Team (JIT) in Supreme Court on July 10, 2017, fresh debate has started on the laws relating to disqualification of an elected member of the parliament. The most vital question raised by legal luminaries is whether Supreme Court of Pakistan can act as trial court to directly disqualify the sitting prime minister of Pakistan. After dubbing the JIT’s report as "rubbish", defenders of the prime minister are waging a political battle against an institution that is only concerned with legal interpretation of laws -- especially the Constitution that is the supreme law of the land and must be respected by all.

It needs to be highlighted that senior puisne judge of Supreme Court of Pakistan in his judgement [Imran Ahmad Khan Niazi v Mian Nawaz Sharif & 9 Others--CP No. 29 of 2016], held: "All the other courts in this country are courts of law whereas this Court is not just a court of law but also the court of ultimate justice. It is obvious that when it comes to exercise of the said jurisdiction of this Court to do complete justice a strict application of the black letter law may not stand between this Court and the noble cause of justice if the circumstances of the case so warrant".

In Muhammad Ahmad Chatta v Iftikhar Ahmad Cheema and others [2016 SCMR 763], the Supreme Court, while hearing an appeal under section 67(3) of the Representation of the People Act, 1976 (ROPA), disqualified the elected member for non-disclosure of assets of spouse holding as under:

"From the perusal of record, it is established that while submitting the nomination papers, the respondent has not submitted statement regarding assets of his spouse as required under section 12 of the Act, 1976. The learned Election Tribunal, without taking into consideration this aspect of the case and while holding that respondent has not disclosed assets owned by his spouse and the account maintained by him, dismissed the election petition merely on the ground that mens rea is not proved and further the government exchequer has not suffered any loss on account of non-disclosure of these material facts. This finding of the Tribunal is against the spirit of law and as such calls for interference."

Whatever may be the fate of Nawaz Sharif in the Panama case, the important issue is whether in the next election there would be a system in place to purge the elements not eligible to contest elections.

In the case of Lt. Col. Farzand Ali and others v. Province of West Pakistan through the Secretary, Department of Agriculture, Government of West Pakistan, Lahore (PLD 1970 SC 98), the Supreme Court had clarified that where the question was of a right to continue in public office, the Apex Court could interfere "through proceedings not exactly as quo warranto but in the nature of quo warranto with a wider scope".

The Supreme Court of Pakistan in the case of Rai Hassan Nawaz v Haji Muhammad Ayub & others [2017 PLD 70 SC] held:

Whatever may be the fate of Nawaz Sharif in the Panama case, the important issue is whether in the next election there would be a system in place to purge the elements not eligible to contest elections.

"Where assets, liabilities, earnings and income of an elected or contesting candidate are camouflaged or concealed by resort to different legal devices including benami, trustee, nominee, etc. arrangements for constituting holders of title, it would be appropriate for a learned Election Tribunal to probe whether the beneficial interest in such assets or income resides in the elected or contesting candidate in order to ascertain if his false or incorrect statement of declaration under Section 12(2) of the ROPA is intentional or otherwise."

Since the matter is still sub judice, propriety demands that merits of the cases should not be discussed, but it must be highlighted that statement of assets and liabilities along with other financial disclosures under section 12(2) of the ROPA and section 115 of the Income Tax Ordinance, 2001 are essential documents to determine the suitability of any candidate. All such disclosures, as held by the Supreme Court in Rai Hassan Nawaz v Haji Muhammad Ayub & others [2017 PLD 70 SC], "are crucial for demonstrating the legitimacy and bona fides of the accrual and the accumulation of economic resources by such a candidate".

The Supreme Court of Pakistan held in Muhammad Siddique Baloch v Jehangir Khan Tareen PLD 2016 Supreme Court 97 that a person who was untruthful or dishonest or profligate "has no place in discharging the noble task of law making and administering the affairs of State in government office". The court, however, aptly highlighted that "disqualification is not possible without establishing it through incontrovertible evidence". The Supreme Court held in Muhammad Saeed v. Election Petitions Tribunal, West Pakistan, etc PLD 1957 SC 91 that "each ingredient of the misdemeanor must be affirmatively proved by direct or circumstantial evidence" -- this rule has since been reiterated with approval in many cases and would certainly be followed in pending ones.

We have been writing since long in these columns that institutions like Election Commission of Pakistan (ECP), Federal Board of Revenue (FBR) and National Accountability Bureau (NAB) have miserably failed to help in purging the tax evaders and looters of public money from contesting the elections. It may be remembered that on completion of scrutiny of papers on April 7, 2013, it was found that 90 per cent successful candidates were those who paid none or nominal tax and many of them did not even obtain National Tax Numbers (NTNs). The notable case was that of Pervez Musharraf who showed assets worth over 600 million without disclosing their sources vis-à-vis payment of tax. The same was true for many ex-legislators who were contesting again but never filed tax returns. This confirms that evasion of taxes was not a stigma in our polity.

The then chairman FBR took no action against 70 per cent legislators who did not bother to file tax returns, wealth statements and details of personal expenses, violating express provisions of Income Tax Ordinance, 2001 [Tax cheats in the House, The News, December 16, 2012]. They pleaded that their only source was ‘Salary" and since tax was deducted at source they were not defaulters. If their only source of income was ‘salary and allowances’ how had they been enjoying a life of luxury -- sprawling bungalows, army of servants, expensive vehicles and foreign trips? This question remains unanswered. On this point alone a vast majority of former parliamentarians could have been disqualified.

Political elites have been salvaged from disqualification for not paying taxes but the country has suffered immensely. Since the chairman of FBR is always a "political appointee", acceptable to all, the opposition also does not raise any objection about failure of apex authority in purging election candidates who are tax defaulters.

Whatever may be the fate of Nawaz Sharif in the Panama case, the important issue is whether in the next election, there would be a system in place to purge the elements not eligible to contest elections. The politicised institutions play havoc with the election process. We need to fix these institutions. Fortunately, higher courts are vigilant now as evident from the decisions cited above. The process of constitutional purge depends not only on availability of reliable information but also prompt and effective mechanism of across the board accountability without favour or fear, which is still missing.

The urge to purge