Nationalists on both sides

How an accident in Quetta became an ethnic issue 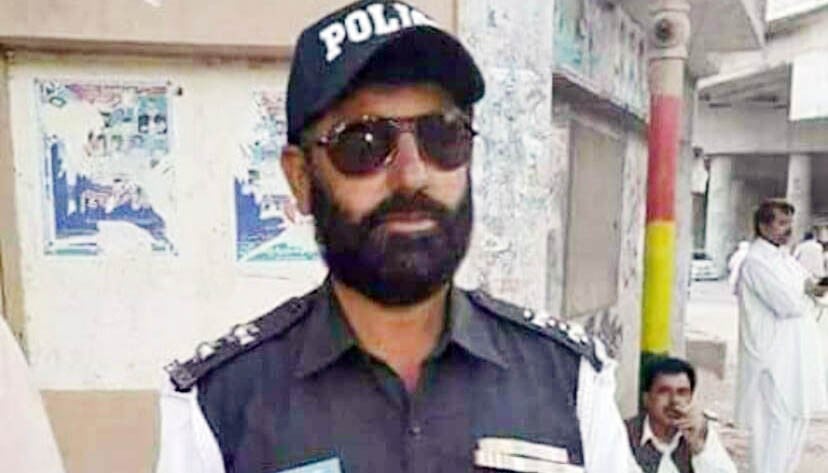 On the evening of June 20, Attaullah, a Traffic Police Sergeant was controlling the flow of traffic at GPO Chowk of Quetta. Sporting a beard, Attaullah looked fatigued, yet he was performing his duty vigilantly till the last minute before the Maghrib prayers. Suddenly, a white SUV rushed from Balochistan High Court end and ran over Sergeant Attaullah.

The white SUV belonged to Majeed Khan Achakzai who is chairman of Public Accounts Committee in Balochistan and also happens to be a cousin of Mehmood Khan Achakzai, leader of Pashtunkhwa Milli Awami Party (PKMAP).

Hamayoun Kasi, a development professional and vocal supporter of PKMAP, believes this was just a traffic accident as neither the MPA knew the traffic police sergeant nor did he have any enmity with him.

"It is unfortunate to see how few Baloch nationalists from BNP Mengal have initiated a racist propaganda against PKMAP and its MPA instead of demanding justice for the late traffic sergeant," says Kasi.

Kasi recalls the Mastung incident where 20 Pashtuns were killed -- a classic example of potential ethnic dispute which was averted by the responsible behaviour of leadership of both ethnicities including PKMAP.

"Adding clauses of Anti-terrorism in a traffic accident case is an example of political victimisation, which is unlawful and part of dirty politics being played against PKMAP since long," laments Kasi.

Ethnic disputes between Baloch and Pashtun are not new in Balochistan and have a long history. Recently, these tensions again flared up over the issue of conducting census in the presence of Afghan Refugees in Balochistan.

On June 28, the Chief Justice of Pakistan also took suo-moto notice of the case. Currently the case is under trial in the Apex court as well.

Tania Baloch, who publishes a bi-lingual magazine on Balochistan, believes that nationalists in Balochistan have developed an image that whenever anyone criticises them, it is portrayed as an attack on their ethnic denomination. "Nationalist politics thrives on playing victim card."

She alleges that PKMAP supporters on the social media spun the case of Majeed Achakzai from a case of VIP running over a traffic cop to an attack on the Pashtun community.

Sami Zarkoon, a civil society activist, believes that an accident was turned into an ethno-political tug of war deliberately because of the elections in NA-260, which was declared vacant after death of Abdul Rahim Mandokhel who belonged to PKMAP. BNP-Mengal, JUI-F and PKMAP were contesting a tight battle to secure this seat till yesterday.

"Ethnic politics thrives on exploiting incidents like this one where an accident was used to political point scoring," says Zarkoon. He warned that it would not bode well for ethnic harmony in Balochistan in future.

Ethnic disputes between Baloch and Pashtun are not new in Balochistan and have a long history. Recently, these tensions again flared up over the issue of conducting census in the presence of Afghan Refugees in Balochistan.

Balochistan once again gained a lot of airtime in the news and space in newspaper columns in the mainstream media but for all the wrong reasons. This renewed interest in covering just one issue from Balochistan was condemned by PKMAP activists while it was welcomed by those bitterly opposing Majeed Achakzai.

Adnan Rehmat, who works on Media Safety and Development, explains that "Achakzai’s case transformed into an ethnic issue because the political gaze of the country on Balochistan, both by the media and the rest of the country, is conducted through an ethnic lens."

Rehmat disagrees with the assertion that Achakzai was victimised in an extraordinary way. The media usually treats politicians with a hardly repressed hatred, born of general perception that they are unreliable and dishonest.

"The public and the media love underdogs and abhor privileged classes when it comes to politics," he continues.

Majeed Achakzai case has also exposed the immaturity of social media debates in Balochistan. Social media users should not get carried away while supporting the person of their ethnicity in cases like these and should be smart enough not to get used by nationalists on both sides.

Ethnically motivated tension is the last thing that the people of poverty-stricken and corruption-infested Balochistan can afford at this point. This tension will allow the political elite to keep enjoying the bounties of power while the commoners will continue to suffer.

Nationalists on both sides