A year after Qandeel Baloch 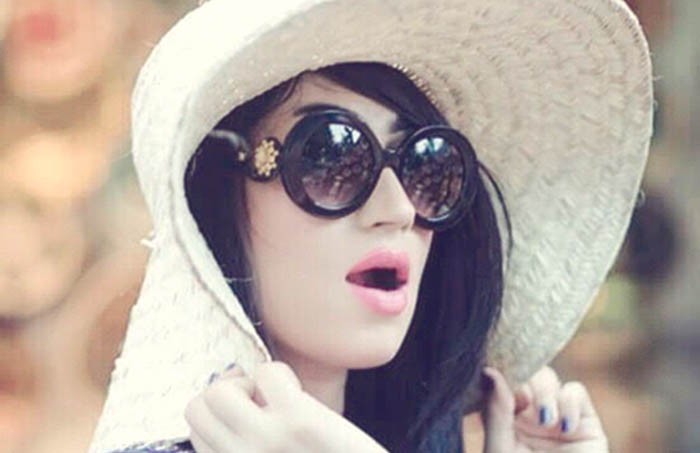 In the Indian subcontinent, national identity hangs precariously on three hooks -- women’s wardrobes, wombs and, male competitive sport. Nationalism requires the guarding of women’s bodies against external aggression and monopoly over their productive and reproductive capacities.

More than a game, cricket is representative of a shared colonial history, and victory and losses sustain memories of separation, cross-border difference and territorial pride. Exposure of women’s bodies or loss of a cricket match is symbolic of irreparable male shame and betrayal of the nation’s honour.

The recent victory of the Champions Trophy by the Pakistan cricket team over arch-rival India is credited to mass piety and prayers in the holy month of Ramzan. This is in stark contrast to when these teams met in Kolkata last year. That contest became controversial due to the sensational and promiscuous offer by social media celebrity, Qandeel Baloch (Fauzia Azeem), who incentivised a Pakistani victory by promising a strip dance if the Islamic Republic beat India.

With one deft pledge, Qandeel subverted the linkages between nation, honour and female purity. She also redefined the South Asian practice of forcibly stripping naked and parading women in order to shame or disgrace them for alleged sexual transgressions.

How do you shame a woman who is proud of her body and offers to publicise her sexuality as a national duty?

Qandeel’s defiant threat-promise sabotaged the male gaze and destabilised sexual politics in the Islamic Republic. But her ingenious impropriety caused confusion and political tension -- not just for the pious conservatives but also, for feminists and progressives.

After her brother murdered her, debates about Qandeel reflected unresolved anxiety over sexual politics in Pakistan. Women activists who had themselves been accused of behaving inappropriately as Muslim women -- that is, not wearing veils or dupattas, smoking, mixing with men, divorcing and marrying repeatedly -- objected that Qandeel was not a good role model. Some felt pity and thought Qandeel’s sexual impropriety was a mental health problem because they consider women’s promiscuity, homosexuality and crossing genders to be biological disorders.

It is women like Qandeel Baloch who expand the arbitrary and gender-discriminatory boundaries of acceptable sexual behaviour and redefine feminine agency. More women like her must survive and be supported to change the narrative around sexual independence and gender equality.

Ironically, politically assertive women are valued as productive citizens but sexually assertive women are seen as pollutants and/or victims. Many progressives felt that Qandeel should have been rescued by psychological therapy, if not religious teaching. Apparently, a good role model for Pakistani women is only the abstaining, the asexual or, the maternal kind.

On the other hand, Qandeel’s millennial supporters argued that she turned heteropatriarchy on its head by using the master’s tools (sexual objectification) and by taking control of her sexuality for her own purposes. Despite her mocking of pious Muslim men and the religious clergy, Qandeel was not accused of being a traitor, or an ‘Imperialist feminist’ who exposed Muslim male misogyny.

It is women like Qandeel Baloch who expand the arbitrary and gender-discriminatory boundaries of acceptable sexual behaviour and redefine feminine agency. More women like her must survive and be supported to change the narrative around sexual independence and gender equality.

For a long time, feminism has been falsely reduced to a movement of burning bras and commitment for women’s sexual liberation only. Feminism is a political struggle for race, gender and class equality and, while stripping and nudity may not be priority methods for achieving feminist ideals or transforming structural inequalities, to deny sexual politics as the core of feminist philosophy is a bit like saying socialism is about redistributing wealth but stripping away people’s private property is not a key method for this end.

Qandeel’s promise of stripping as an incentive for the Pakistani cricket team contrasted against Veena Malik’s earlier ‘betrayal’ for modelling for an Indian magazine with the spy agency acronym, ‘ISI’ branded on her body. But Veena succumbed to the male-defined rules and chose to be rescued by the religio-nationalist model of redemption that demands conformity, straightness and domesticated sexuality. She married, covered her head and redirected her seductive skills to lure men towards religious practice.

Veena’s case represents a peculiarly Pakistani version of the Madonna-whore complex -- one which accepts seductive performances, capitalist enterprises, game shows and other profane ventures, as long as these promise to entice audiences towards piety rather than self-gratifying pleasure. Such performative piety is simply part of the market that offers Islamic consumerism but depends on the same gender dynamics where the male gaze dominates and objectifies women. In contrast, Qandeel forfeited marriage, undressed, and her performances challenged religious actors and exposed their double-standard hypocrisies. Veena won salvation because she now seduces believers into piety while Qandeel paid with her life for asserting and encouraging female sexual independence.

The legacy of Qandeel Baloch is not simply that she flung the doors of debate around Pakistani female sexuality wide open but that she demonstrably exposed the uncomfortable connection between sex and the sham of piety and honour. Sex and drugs are equally potent forces that may be considered neutral until they are purposefully used for harm. But sexual politics is an unequal, male dominant field that has historically reduced women to sexual commodities for male possession. The struggle to redress this balance requires methods that create discomfort and challenge the status quo to reclaim women’s sexual agency and the right to exercise it.

The influential classes may rightfully claim that their political struggles resulted in the amendment to the honor-killing law in 2016 but societal taboos against women’s sexual liberties cannot be expunged by legal action only. It is women like Qandeel Baloch who expand the arbitrary and gender-discriminatory boundaries of acceptable sexual behaviour and redefine feminine agency. More women like her must survive and be supported to change the narrative around sexual independence and gender equality.

A year after Qandeel Baloch