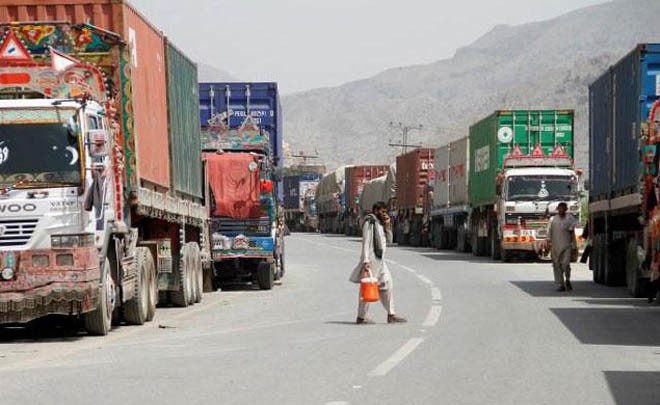 Kurram Agency is a lifeline for the tribal region when it comes to their commercial and trade routes to Afghanistan. Four of the 12 customs-regulated border crossing points and customs stations are strategically located in this tribal agency.

Three of these stations remained functional even during the recent terror incidents in the agency. Over 21,202 trucks crossed over to Afghanistan, taking the export items of $158.12 million till June 2017 while in the corresponding period of 2016, over 42,583 trucks took consignments worth $323.69 million across the border.

The decline recorded during the last one year was due to the off-and-on closure of these crossing points and, presently, only Kharlachi crossing is functioning.

The exports carried out through Kharlachi during the last fiscal year was worth $128.07 million, Burki $14.16 million and Terimengal $15.61 million.

All the four stations, Shaheedano Dund, Kharlachi, Burki, and Terimengal in Kurram Agency remained functional till recent months. However, the Shaheedano Dund Custom station located 35 kilometres from the Pak-Afghan Border and Tarimengal located on the border, some 13 kms from Parachinar have been closed down for security reasons.

Demographically, all the stations are significant and can serve as engine to cure the sectarian strife and other prejudices in the region. Shaheedano Dund, Kharlachi, and Burki are situated in the Shia dominated areas while Terimengal is located in the Sunni area along the border between Afghanistan and Pakistan.

Demographically, all the stations are significant and can serve as engine to cure the sectarian strife and other prejudices in the region.

According to data retrieved from the Model Customs Collectorate (MCC) Peshawar, Kharlachi has become the second major border crossing in terms of trade cargo transportation in the tribal belt after the closure of Ghulam Khan crossing point in North Waziristan.

The Kharlachi station was also closed after the implementation of border management plan and terror incidents in February. However, it was reopened on June 19. Even before its closure in February, the station earned Rs319.40 million in taxes while it earned an amount of Rs343 million during the corresponding period of 2016.

Qurban Ali Khan, Collector MCC, tells TNS that these crossing points serve as a lifeline for the tribal area.

He says the trade-related activities being carried out through these stations engage thousands of locals as they remain actively involved in export-import and transport business, securing a respectable source for sustenance.

"After Torkham and the closure of Ghulam Khan border crossing, Kharlachi became the main crossing point in the Fata," says the MCC collector.

He advocates an "inclusive" activity in the region and believes that trade will prove to be an effective factor to end tension in the agency as well as the region.

He also dispels the impression that there is any shia-sunni tension affecting social and economic environment in the agency.